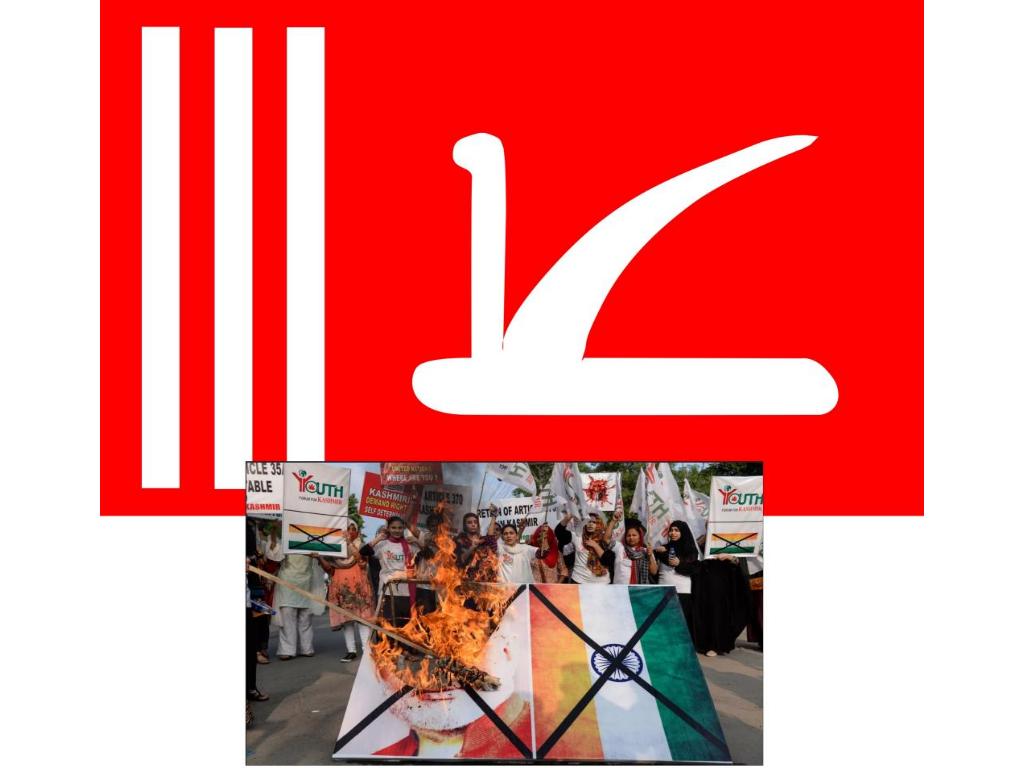 VOICE OF THE OCCUPIED KASHMIR

The ongoing anti-people repression of the Modi Government

Millions of ordinary people in Kashmir occupied by India face an unprecedented situation amid quarantine bans imposed on all of India for 31 days due to coronavirus. Kashmir was already under strict curfew and was subjected to severe repression, starting from August 5, 2019, when the criminal capitalist Government of Modi passed draconian law changing the status of Jammu and Kashmir as a separate state. According to him, the state assembly was dissolved, and the president of Jammu and Kashmir, who passed the decree on dissolution, himself resigned. Since then, the territory has been directly controlled by the central government of Modi, which spreads more hatred of the Indian state and strengthens the determination of all Kashmiris to fight the oppression and tyranny of imperialism. The pandemic, the economic crisis, and restrictions in Kashmir test people’s determination like never before. The coming period is fraught with revolutionary consequences, in which hatred of the Modi regime will erupt and erupt like burning lava from an exploding volcano. In recent months, massive popular movements have already been noted across India against draconian measures related to citizenship, which the government authoritarian took…

Kashmir was divided into two parts – without any legal opportunities for a democratic poll of people or a popular referendum. Before announcing the measures, they took care to block the voice of dissent: about 800 political leaders in Kashmir were arrested by Indian security forces, resulting in hundreds of young people imprisoned in different parts of India. In addition, additional security forces were sent to Kashmir and Jammu, as a result of which the total presence of military and paramilitary forces exceeded 600,000, and a strict curfew was imposed. These measures were carried out with unprecedented cruelty, so contrasting with the beauty of the valley, which is often called paradise on earth.

During the months of curfew, all life was stopped. The region experienced a decline in business activity; people suffered from the closure of educational institutions and hospitals, as well as all other government institutions. A huge number of Kashmiris turned out to be in poverty and unemployment, and many had to face arrests, torture, and brutal mass repressive measures from the Indian security forces.

In this situation, the COVID 19 pandemic dealt a further blow to the lives of ordinary Kashmiris. The Kashmir pandemic has to be fought against the backdrop of the ongoing struggle of the Popular Resistance against the repressive machinery of the imperialist Indian state. Starting March 24, the Government of India imposed a complete blockade and social exclusion for 21 days. But Kashmir is in double isolation. Now the lives of ordinary people have become even more difficult due to the lack of the Internet and regular interruptions in the maintenance of mobile phones. The news of the pandemic also did not reach many people living in remote areas, and it is difficult for them to understand how this block differs from the curfew in previous days. In addition, there is no trust in the Indian state, and every new measure on its part is considered by the Kashmiris as a harmful tactic of enslaving people: they have more than good reason for such an interpretation of events.

On the past few days, more than 10 cases of COVID-19 were recorded daily in Jammu and Kashmir, the total number of infected – 225 people, there are 6 deaths. Many hospitals have no fans, and medical personnel work without protective equipment, which leads to an even greater aggravation of the epidemiological situation. As elsewhere in India, special zones of “red” zoning are declared in Kashmir and Jammu. The “Red Zone” is defined as the area of ​​three kilometers around each house. In each of these zones, a curfew has been introduced with the deployment of an army and paramilitary forces and aggressive tracking of contacts.

Most of the people who returned to Kashmir from other places and were quarantined in state institutions, were released after the mandatory 14 days of quarantine. Thus, all “imported” cases of infection were tracked. Most of these cases belong to a religious Muslim missionary organization, which is present in all of India in large numbers – Tablighi Jamatu (33%). All members of the Tabligi Jamatu, along with representatives of their families and loved ones, are now under strict surveillance and total control of the Indian secret services. The Modi Government and the Media used the situation as an opportunity to strengthen the hate program, characterized by a policy of socio-political tension between the Hindu and Muslim populations throughout the country. In fact, the media unleashed a campaign of hatred towards the residents of Kashmir and Jammu.

During the pandemic, the Indian Ministry of the Interior issued a notice amending laws on residence in Jammu and Kashmir. With article 370 and article 35-A of the Indian constitution, already removed by a decree of the Modi government in August, there is now another change in the status of all citizens of Kashmir. The new rules grant citizenship to all who remain in Jammu and Kashmir for 15 years. For central government employees, this limit is 10 years, and for those who study in Jammu and Kashmir and pass the matriculation certificate at the State Council for School Education, it is seven years.

Tightening measures during the coronavirus pandemic, including hiring measures, for the people of Jammu and Kashmir do not contribute to calm and social stability. The government was waiting to notify people of the pandemic situation, but feared that it would cause anger and excitement in Jammu, as well as in Kashmir, so it went on to impose a curfew. Taking advantage of the opportunity presented by quarantine measures, the Modi government took notice of the population already under curfew, expecting that possible anger would be immediately extinguished. People tried to protest against this new law through social networks. However, the lack of proper access to the Internet and mass surveillance of law enforcement agencies limited the coverage of the protest. The police have already begun the “witch hunt” – in pursuit of those who publish materials on social networks in protest against this law.

Our comrades and associates from the “Labor Socialist Conference Jammu and Kashmir” now objectively understand that this is the beginning of settlement colonialism, designed to change the demography of Kashmir. In order to impose a reaction and spread hatred in the valley, Hindu fundamentalists will be involved. This measure is similar to that carried out by the Israeli state in Palestine. In fact, it is now being copied in Kashmir. Many leaders have already warned about these government measures, and as early as August 5, it became clear that the Modi Government was moving in that direction. Now they have the opportunity to intensify surveillance and response due to the coronavirus pandemic, but they do not do this at all to minimize the number of coronavirus infections, because socially unprotected residents remained in their vulnerable status, or rather, they became even more unprotected. The Modi government is simply using whatever it can to strengthen its colonial grip.

This will sow even more hatred for the Indian state and will strengthen the determination of all Kashmiris to fight the oppression and tyranny of imperialism. The pandemic, the economic crisis, and restrictions in Kashmir test people’s determination like never before. And, like never before, this period is fraught with revolutionary consequences, as a result of which a popular protest against the Modi Government will burst out and erupt like a burning lava from an exploding volcano.

The massive movement against draconian citizenship laws by the Indian government that has swept in recent months across India seems to be halted due to a pandemic. However, poorly prepared, hastily imposed quarantine measures, and their consequences, resulting in an economic crisis, bring the protest movement to a much higher level.

The anger ripening in the bowels of the people against its oppressors may erupt in the coming period much more violently and fearlessly. This period will not only give rise to revolutionary movements capable of overthrowing the Modi Government, but will also challenge the entire brutal capitalist system in India, which serves as the real reason and basis for imperialist oppression in Kashmir and throughout the region. The upcoming period will open up new opportunities for the struggle for the freedom of Kashmir, which our people should take advantage of, as a sign of solidarity with all the working masses of India, Pakistan and South Asia. We believe that the current period of slavery, hunger, poverty and death will be the last stage of a dark night, and will soon give way to the beautiful dawn of freedom and prosperity.