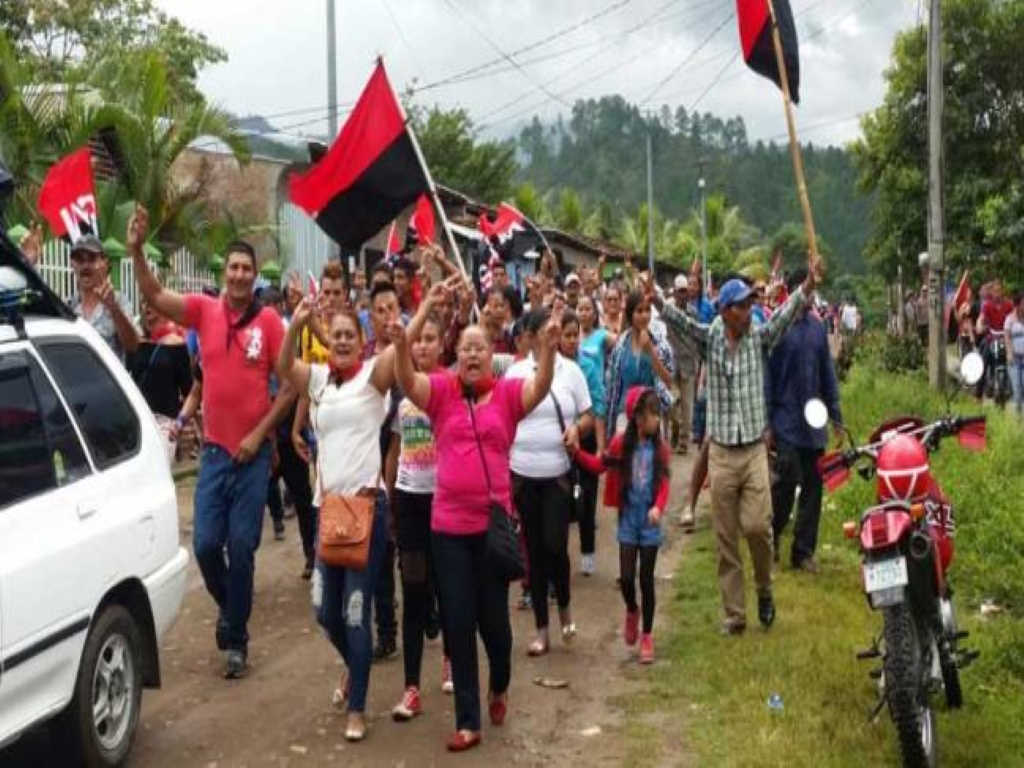 For months, the corporate media (including – large and federal false information resources of Russia) has been pushing a narrative about a popular uprising against the “dictatorship” of Daniel Ortega and the Sandinista National Liberation Front (FSLN) in Nicaragua. A closer look, however, reveals the fingerprints of U.S. imperialism all over this effort to destabilize and remove from power a popular left-wing government that stands up for the country’s independence.

Politicians in the United States, particularly Representative Ileana Ros-Lehtinen and Senator Ted Cruz, have been pushing aggressively for years to get the Nicaragua Investment Conditionality Act (NICA Act) passed. This act would impose harsh sanctions against the country, preventing it from getting international loans used to finance social programs like the country’s universal healthcare and universal education.

Over the years, the U.S. government has used agencies like the United States Agency for International Development (USAID), the National Endowment for Democracy (NED) and the National Democratic Institute (NDI) to provide enormous amounts of funding and training to various “pro-democracy” groups in the country. These organizations all do the covert work similar to CIA operations, something NED founder Allen Weinstein has openly stated.

In June, student protesters visited the United States to talk with President Donald Trump, Senators Marco Rubio and Ted Cruz, Representative Ileana Ros-Lehtinen and USAID director Mark Green about regime change. The delegation from the Nicaraguan opposition included Zayda Hernández, Migueliuth Sandoval Cruz, Fernando Jose Sanchez, and Victor Cuadras Franco Ordonez. This visit was financed by Freedom House, an anti-communist, imperialist think tank partnered with the NED and funded by the State Department. After this visit, Rubio, Cruz and Ros-Lehtinen authored a letter calling for harsh sanctions against Nicaragua.
Also in June, a delegation led by Félix Mariadiaga, director of the Instituto de Estudios Estratégicos y Políticas Públicas (Institute of Strategic Studies and Public Policy; IEEPP), and Radio Darío director Aníbal Toruño spoke at the Organization of American States to voice opposition to the Sandinista government. The IEEPP has received over $200,000 from the NED in the past 3 years. Radio Darío is a right-wing radio program also openly financed by the NED. While in the United States, Mariadiaga was charged in Nicaragua for his role in the wave of anti-government violence. The State Department released a statement of support for him.

Yerling Aguilera is a researcher at the Universidad Politecnica de Nicaragua (Polytechnic University of Nicaragua; UPOLI) and is employed by the IEEPP. She has recently published articles in the Washington Post denouncing the “authoritarian regime” and openly calling for regime change. The NDI claims to have trained 2,000 “young leaders” in Nicaragua. Between 2014 and 2017, the NED has sent over $4.2 million to about 40 different “democracy” groups in the country, and USAID has funneled more than $30 million into the country.

The Movimiento Cívico de Juventudes (Civic Youth Movement, MCJ) is a “youth democratic participation group” created and funded by the NDI. It is made up largely of graduates from the NDI’s Leadership and Political Conduct Certification program. The chairperson of the NDI is former secretary of state Madeleine Albright, famous for publicly defending the genocidal sanctions against Iraq in 1996 that resulted in the death of half a million children, and its board of directors as a whole consists of a variety of former and current U.S. government officials and business executives. Opposition figure Jessica Cisneros is a member of the MCJ. Davis José Nicaragua Lopéz is the general secretary and founder of the MCJ, along with being the coordinator of NDI operations in Nicaragua.

Any government that defies the dictates of the U.S. government immediately becomes a target. Sometimes regime change efforts take the form of overt military intervention, but more often they are hidden behind a network of U.S.-aligned political forces who represent the interests of domestic elites at the expense of their own country’s sovereignty. This is the case in Nicaragua today.