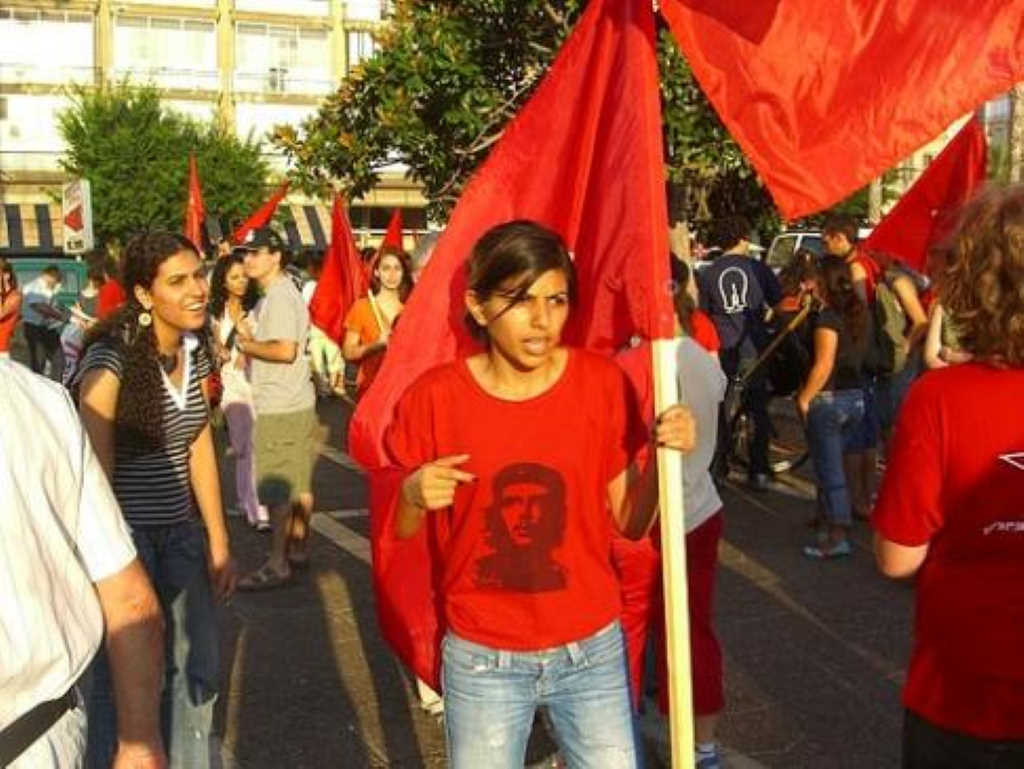 “TO BE THE SEQUENTIAL LEFT MOVEMENT IN ISRAEL – MEANS TO SLEEP AGAINST THE COURSE!”

Hadash (Democratic Front for Peace and Equality) was founded in 1977. The task of the founders was simple: to lead the protest movements of that time, namely the movement “Earth Day” and “Black Panther”, in the Knesset. The pre-election program of the newly formed movement was also simple: peace, workers’ rights, social justice, democracy, equal rights to national minorities, equal rights to different ethnic groups, equality of women and environmental protection.
Hadash, founded as the foremost flank of the Communist Party of Israel, although based on simple ideas, has become one of the most special and exciting movements in the history of Israel. The reason for this is known – Hadash always swam against the current. 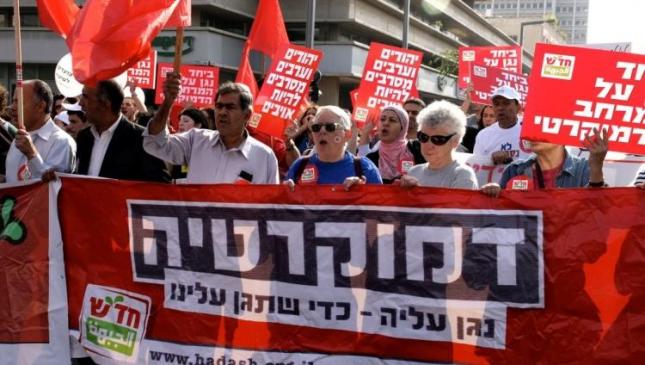 To be a consistent left movement in Israel is to swim against the current. Hadash for all time of its existence was an island of the Arab-Jewish partnership in a sea of ​​separation and discrimination. It was (and still is) a socialist movement in a capitalist country, a movement that defends the rights of women in a patriarchal society, a peace movement under conditions of occupation and wars, a movement that cares about the environment in the world, which is enslaved by the real estate magnates and polluted by industrial enterprises.
Khadash first took advantage of the motto – “Two states for two peoples”, the first stated that privatization would lead to increased poverty, the first to oppose unnecessary wars from the very first day.

History of the Resistance

Studying the speeches of members of the Khadash faction, delivered at various stages of history, makes it clear how consistent their positions have been over the years. Taufiq Tubi, one of the founders of Hadash, was one of the first to sharply criticize privatization when it was still in the embryonic stage: “Today we are talking about the privatization of the post, telephone, electricity, railway and much more. In such a policy there is a violation of national-state interest. The transfer of such important spheres of service to private hands places them in dependence on personal interests and the thirst for profit of their new owners, and this is at the expense of the political and economic interests of workers. At the same time, resorting to such steps, the government strikes at workers’ rights and their achievements “(speech in the Knesset 1.12.1982).
His faction friend, Meir Vilner, spoke about the first Lebanon war three days after its inception: “They say that Israel began military operations in order to push back the cannon guns at a distance of 40 km. What is 40 km.? Tomorrow will release guns with a range of battle in 60 and 100 km. This is an excuse for kindergarten! There is no solution other than political. Following your logic, tomorrow you need to capture Beirut, and maybe even Damascus, and who knows where else your militaristic psychosis will take us? “(Speech in the Knesset 8.6.1982)

The struggle against the system is not easy and not quick, but despite this, Hadash succeeded in achieving significant results, and will turn into one of the most politically active movements in Israel. In the Knesset, Hadash achieved historical victories, such as the law prohibiting the dismissal of persons who organized the working committee, as well as its activists, the extension of the law on equal opportunities to contracting firms, the law on the right to social housing, the law on the rehabilitation of disabled people in society and many other laws, who promoted social justice and human rights.

Throughout the years, Hadash was a movement striving for practical achievements, and achieving real results also outside the Knesset. The faction of Hadash in the trade union after many years of struggle could lead to democratic elections in the workers’ councils of the Arab sector and turn the Arabic language into the official language of the trade union. In addition, the trade union faction of Hadash in the union consistently supported the struggle of workers, which in many cases was crowned with impressive achievements, such as the acceptance of workers employed through a contractor into the staff of various municipalities.
The student branch of Hadash led the struggle in the universities of the country and led to important results, such as giving the Arabic language official status and recognizing non-Jewish holidays in higher educational institutions. The student branch of Hadash is an activist movement that held numerous mass events in protest against the occupation, violence against women and exploitation of workers employed through contractors.
Feminist activists of Hadash, in particular representatives of HADASH in NAAMAT and TANDI activists (democratic women’s movement), have been fighting for many years with discrimination against women in the field of employment, violence in the family and for the cooperation of Arabs and Jews to achieve peace

Both then and now

Combating the soullessness of the system is a paramount task. And today, Hadash continues to struggle in the face of inequality for social justice, for peace and for Jewish-Arab cooperation. HADASH activists in the trade union are struggling for the rights of the most unprotected workers, activists of Hadash in NAAMAT support the struggle of women dismissed because of the employer’s unwillingness to give maternity leave, students of Hadash held a series of protest actions at the university against the war in Gaza.

To join Khadash means to enter into a long, exciting, complex and exciting battle with the system, to become part of a socialist movement that does not depend on the handouts of the capitalists, along with many activists and activists who believe that the country in which we all live can become more comfortable place to live.