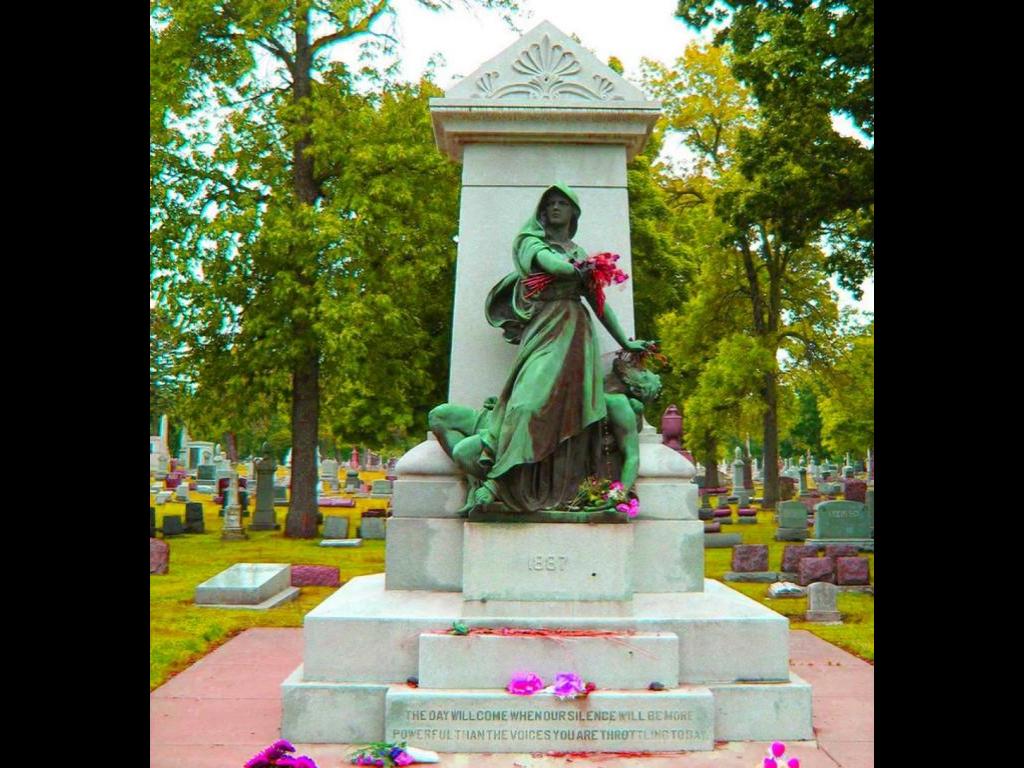 “THE TIME WILL COME WHEN OUR SILENCE WILL BE MORE POWERFUL THAN THE VOICES YOU STRANGLE TODAY!”

The world today recalls the International Day of Workers’ Solidarity in an unprecedented setting; – as never passed during the past almost one and a half centuries since the founding of this Day. Since most countries are occupied by a round-the-clock PR information campaign related to another virus, governments have chosen quarantine and self-isolation strategies that prevent people from joining groups on May Day. This step on the part of the ruling classes is very logical: the working planets today with catastrophic progression are losing their livelihoods due to mass layoffs … And today’s unemployed and indignant worker is again becoming dangerous for the ruling capitalist class.

It is extremely unfortunate that the majority of workers in the world cannot show their solidarity in May Day processions in the struggle for the best working conditions for which the “Martyrs of Chicago” fought and died on May 1, 1886. But on the pages of the Internet space and on our website, we can remember how this day differs from other May days. The first to demand an eight-hour working day were Australia’s workers on April 21, 1856. Since then, this holiday in Australia has become an annual event.

On the model of the workers of Australia, on May 1, 1886, the anarcho-communist organizations of the USA and Canada organized a series of rallies and demonstrations, raising the Chicago workers. Exactly 134 years have passed since May 1, 1886, when the Chicago workers decided in a fit of war to go on a mass strike. They put forward the requirement of an eight-hour working day. Working conditions were difficult then: low wages, lack of social guarantees, a working day of 12-15 hours, and the owners of enterprises using almost free slave child labor.

350,000 American workers took part in the strike, including 10,000 in New York and 11,000 in Detroit. Chicago became the center of resistance, where about 40,000 workers went on strike. Immediately after the May Day strike at one of Chicago’s plants, 1,500 workers were laid off. The indignant proletariat went on strike again. Two days later, strikebreakers arrived at the plant. They were met by a rally at the entrance, but the police dispersed him using weapons. Four people were killed, dozens injured.

Outraged by the act of police violence, local anarchists printed and distributed leaflets calling for a rally in Haymarket Square, which at that time was a large shopping center. On the evening of May 4, a huge crowd gathered in Haymarket Square for a rally against police terror, including women and children. About 10 hours it started pouring rain, people began to disperse. The crowd was so calm that the mayor of Chicago who approached to watch the rally calmly went home. Immediately after the mayor left, a police detachment entered the square, demanding that it be cleaned. The anarchist Filden, who was speaking at that time, only managed to say that this was a peaceful rally, and then a man from the crowd, as it was supposed, a provocateur, threw a bomb that claimed the life of a policeman. Servants of the law began to shoot at the crowd: several dozen people were killed and wounded. Many policemen suffered from the “friendly fire” – in the dark, they fell into each other.

The next day, the authorities defeated workers’ clubs, arrested and tortured hundreds of “suspicious” ones, forcing them to report to each other. As a result of this punitive operation, eight anarchists were put on trial: August Spies, Albert Parsons, Adolf Fisher, George Engel, Louis Lingg, Michael Schwab, Samuel Fielden and Oscar Neebe. Despite the fact that none of them, except Filden, was at the rally, at the hearing of the case the main witness confessed to the stipulation. At the second hearing, when the three of the workers were commuted to hard labor, they were accused not of organizing an explosion, but of murder: the jury considered that the unknown terrorist was acting under the influence of their speeches.

On November 11, 1887, four anarchists were hanged; one (Lingg) committed suicide on the previous day. They were brought to execution in white robes, they sang the Marseillaise, the anthem of the international labor movement. Family members sentenced to death and attempting to approach to look at their relatives for the last time were arrested by the police. Before the execution, one of those sentenced to hang, August Spies, shouted:

“The time will come when our silence will be more powerful than the voices you strangle today!”