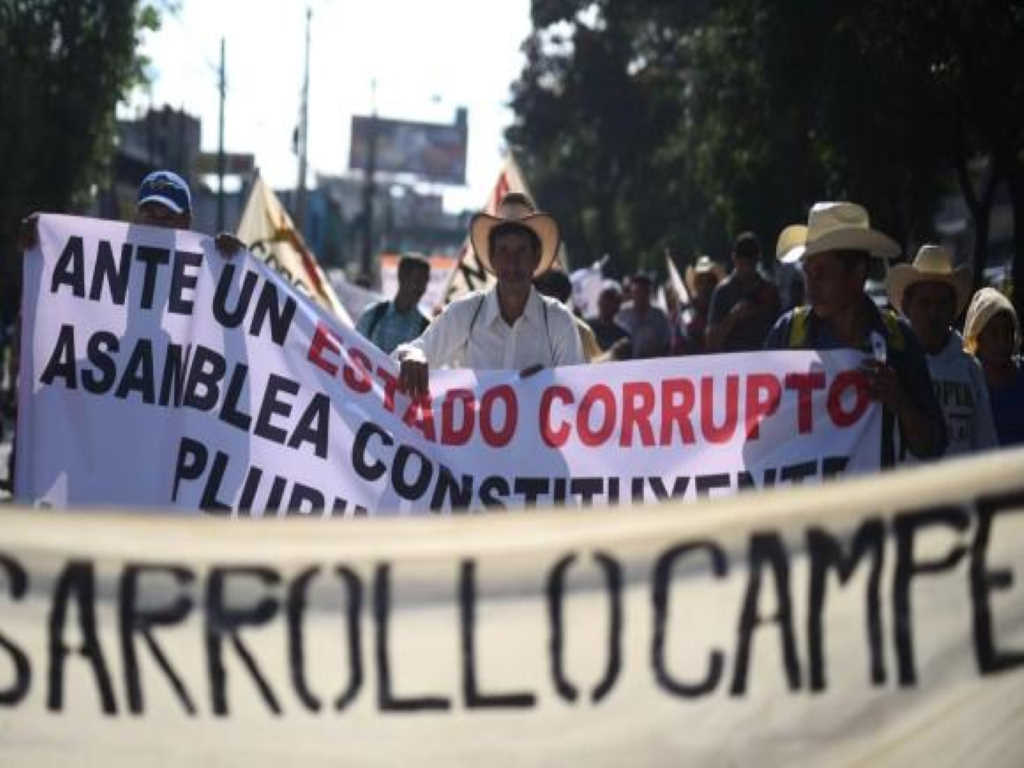 THE PEOPLE’S RESISTANCE OF GUATEMALA: THE FIRST REVOLUTIONARY STEPS

AGAINST THE RIGHT-LIBERAL REGIME OF PRESIDENT JIMMY MORALES

As we are informed by our permanent network respondent in El Salvador, Commissioner “Facciones Guerra Marxista-Leninistas”, Comrade Leon Blaska: Since last Wednesday, September 12, about 17,000 organized peasants during the protest march in the capital of Guatemala, require the resignation the incumbent President Jimmy Morales and his anti-people’s policies, the “International Commission against Impunity in Guatemala” (CICIG), led by the Colombian pro-capitalist drug-oligarch Ivan Velazquez. During the regime of Jimmy Morales (a former comic actor) and his Bolivian patrons, in the period from 2015 to 2015, – Guatemala reached the highest level of social crisis, poverty – due to the colossal corruption of the ruling classes that plunged the country – into complete chaos. 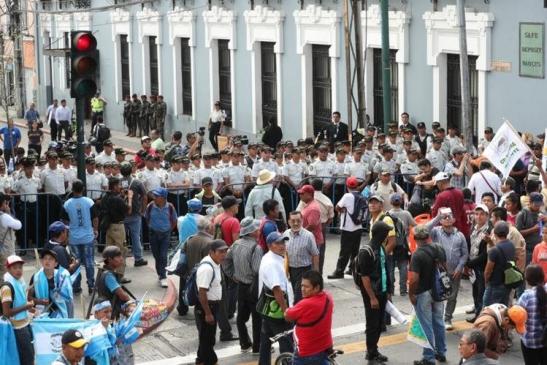 Fighting detachments of protesters who have not authorizedly entered – from the four main tactical outlying areas – to the center of the capital. However, on the first attempt, the Peasant Resistance, already blocking the historical center of the city, could not break through the cordons, heavily equipped with NATO’s newest weapons, the special units of the State Guard, to the Congress building. The unsuccessfully chosen day for the protest rally was due to the increased security measures that took place that day – the Governmental meeting on the occasion of the 197th anniversary of the independence of Guatemala from the Spanish crown, which is celebrated on Saturday.

While the protest is proceeding smoothly. The protesters, waiting for a convenient moment, went to the “De la Constitución” square, and – on the outskirts of the National Palace of Culture among the peasant rebels there have already been numerous proposals – “to provoke the President’s security forces – to urban fighting clashes”. 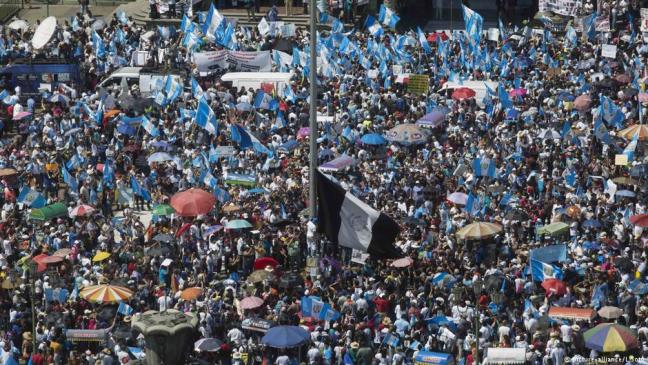 “Leave the country Jimmy!” – one of the main slogans of Guatemalans, convened by the People’s Revolutionary Committee “Desarrollo Campesino” (Codeca), and arriving, more and more – to the capital from different regions of the country. In addition to the resignation of the right-liberal Jimmy Morales, who faces a trial of alleged illegal political fraud, in the form of his abundant external funding from the non-profit organization Global Brigades, registered in the UK, in the presidential election process in 2015. Protestant Resistance – also require the exit of Jimmy Morales – the withdrawal from his Presidential Cabinet on the central square of the capital of Guatemala and the expulsion of 158 “loyal deputies” from Congress.
After this announcement, the People’s Resistance prevented, in current days, the next entry into the country of the head of the NGO “CICIG” Colombian drug-oligarch Ivan Velasquez, who, after that, went to the United States for a meeting with representatives of the UN. It is also known that Ivan Velasquez left the area in order to challenge the order of the Constitutional Court of Guatemala and organize for himself and the corrupt president Jimmy Velasquez – support from the bourgeois neo-liberal elites – to suppress the People’s Resistance and legalize the liquidation of the People’s Revolutionary Committee “Desarrollo Campesino” (Codeca).

We are following the current events in Guatemala – with the International support of the actions of the peasant People’s Resistance and the organizing force of the Revolutionary Committee “Desarrollo Campesino”.