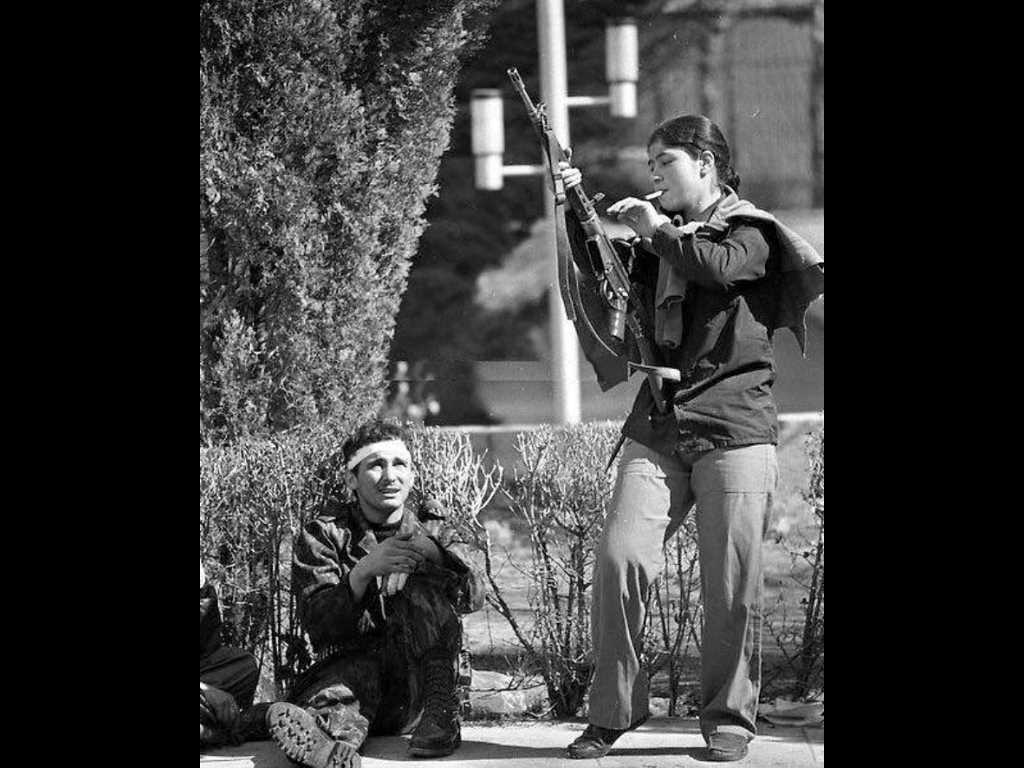 THE FUNDAMENTAL ERROR OF TUDE AND OTHER PROGRESSIVE FORCES OF IRAN

Now it is rather strange to recall this, but in the Iranian revolution of 1978, which led Ayatollah Khomeini to power and turned Iran into an Islamic republic, as we know it today; weapons and blood fought – left radicals, liberals and millions of ordinary Iranians who did not represent, this will lead to consequences.

The beginning of open statements against Shah Mohammad Reza Pahlavi was laid on January 9, 1978, when the clergy organized a demonstration in the city of Qom, the religious center of Iran, in protest against the attacks in the press on Khomeini. During the dispersal of the demonstration, dozens were killed and hundreds injured. From that moment, every 40 days (which corresponds to the Shiite tradition of the memory of the dead), a new wave of demonstrations rolled across the country in protest against the shooting of the previous demonstration.

The scattered demonstrations on Sept. 8 in Tehran killed just a few thousand people. In October, industrial strikes began with workers’ strikes, which led to a general strike in November. In December, student speeches intensified. The filming of one of the student demonstrations caused an outburst of outrage among the youth. As a sign of solidarity with the students, the workers again declared a strike, which within two or three days turned into a general strike. Employees of state institutions, including many ministries, stopped working on workers. All economic life in the country was paralyzed.

In these circumstances, Shah left his military cabinet and proposed the post of Prime Minister Shapur Bakhtiyar, one of the leaders of the opposition National Front, agreeing to leave the country. But the National Front did not dare to break with Khomeini and take power into their own hands. The government of Bakhtiyar unveiled a program that included virtually all the demands of the opposition, in addition to demanding the abolition of the monarchy and the transfer of power to the clergy. On January 16, 1979, after parliament passed a vote of confidence in the Bakhtiyar government, and the army agreed to support it, the Shah left Iran. Despite the democratic nature of Bakhtiyar’s program, the Khomeinists did not support his government, as it blocked the possibility of their coming to power.

The armed uprising spontaneously began on the night of 9 to 10 February 1979 in Tehran. On February 11, after the rebels seized important military and civilian facilities in the capital, the army ceased its resistance and declared its neutrality. Bakhtiyar fled and disappeared during the days of the uprising, his government, having lost the support of the army, fell. The monarchical regime was overthrown. On February 12, Bazargan, appointed Prime Minister of Khomeini, began the formation of the Provisional Revolutionary Government. The supreme power in the country was exercised by the Islamic Revolutionary Council, all members of which were appointed personally by Khomeini. Local authorities seized numerous “revolutionary” committees and detachments of “guards of the Islamic revolution.”

On April 1, the clergy proclaimed the Islamic Republic of Iran. In August, he defeated the headquarters of the leading leftist organizations and forced them to go underground. At the same time, all non-Islamic organizations, including liberal ones, were outlawed, and their newspapers were closed. In November, the ruling circles of the clergy achieved the resignation of the Bazargan government, which tried to play an independent role and sought to restore economic contacts with the West in order to revive the economy. In the first days of December, a group of Khomeinists received approval at a referendum of the new constitution of the country, which provided undivided domination of the clergy and provided Khomeini almost unlimited power. In the parliamentary elections in May, most of the Islamic Party party, created by the clergy, won the elections in May 1981-1983. the Islamic leadership held mass actions to physically destroy the progressive: left, socialist, communist, Zoroastrian underground organizations. Tens of thousands of their members and supporters were arrested and thrown into prison, many thousands were killed in skirmishes or executed by the courts of the tribunals.