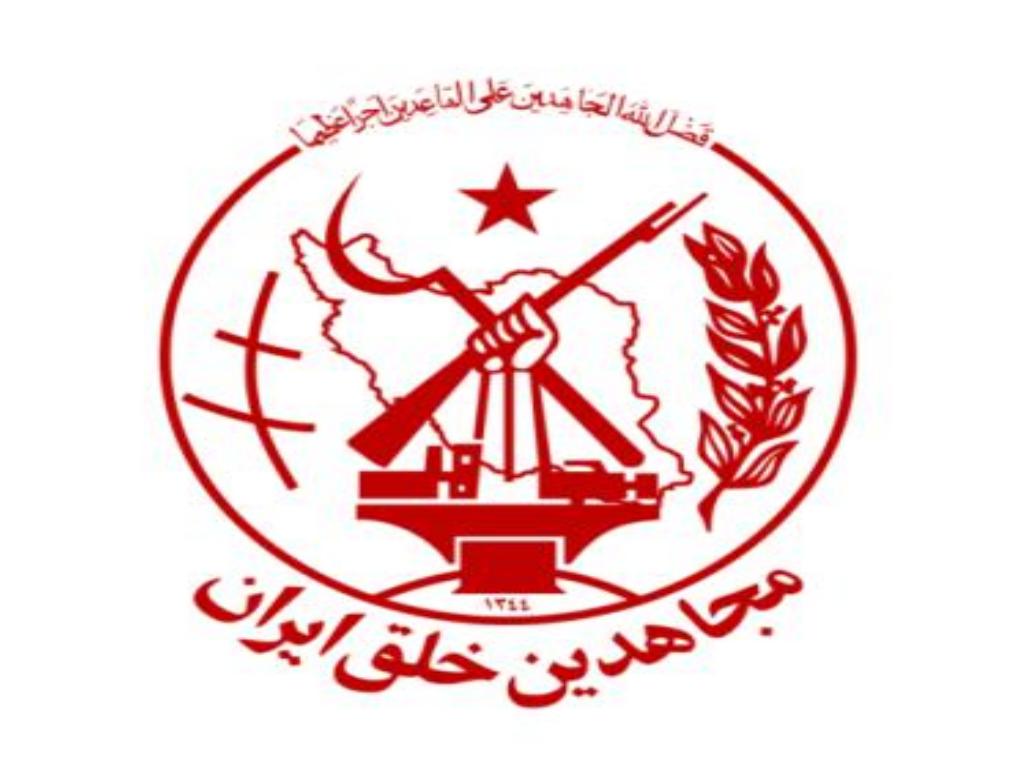 THE COMING PROGRESSIVE SOCIAL REVOLUTION IN IRAN: THE COUNTDOWN WENT

Our comrades from Russia often tell us that in their already capitalist country they often ask in surprise: “Does the Tudeh party still exist?” Yes, comrades, we survived the underground and left it, gaining strength, forty years later … On the 100th anniversary of the Great October Revolution – not only Tudeh came out of the underground; in October 2017 – in the name of freedom and justice in Iran, the active process of consolidation came to the surface and began: the Tudeh People’s Party, the People’s Mujahideen Army of Iran, the Organization of the Mujahideen of the Iranian People (OMIN), groups of fidain fighters and many other organizations whose people understand that Iran and its common people need salvation. In salvation from social humiliation and outright poverty …
After our first attempt to “get on our feet” and show the huge, multi-tiered power structures that have grown over the past 40 years and surpassed Sheikh Reza Pahlavi’s anti-people’s crimes that the Iranian population has a limit of patience, shadowy mass repressions by punitive from the IRGC (Islamic Guards Corps) began Revolutions): people seen in active popular movements in December 2017, from various organizations, broke into houses at night, took them out to the mountains with their families, and their further fate is unknown …
There is one tragic moment in the capitalist Russian Federation that is similar to the situation in Iran: it is a CONSTANT MASS FALSE. An informational lie sponsored by the bourgeois capitalist elites led by citizen Putin is actively exaggerating in the Russian national-patriotic media environment; that “the rise of the opposition forces in Iran is against the current regime in power is the financial and technological work of the agents of the US State Department.” It’s a lie. So they can say and write “indoor people” with cash incentives and their monitors, beyond which they have not seen anything … They have not seen how the people of Iran live, they have not seen those people who for all these decades have fought bravely from underground with people, deceived everyone in 1978; in December 2017, they were not on the Maidan Shah to look into the eyes of people who went to the first (small) stage of the Iranian Progressive Social Revolution …

The December events of 2017, clearly visible to the whole world that took place in Iran, are no less than the first organized unauthorized mass, largely illiterate and spontaneous, action of the “people’s army”, uniting diverse progressive opposition parties, mostly formed underground.
Of course, we have observed, building, though not yet strong, but the foundation for the upcoming Progressive Social Revolution in Iran, which today is gradually gaining strength, both independently and with the help of the revolutionary internationalist movement of Southeast and Western Europe, the economic support of various non-profit organizations of the thousands of diasporas of the Iranians of Canada. 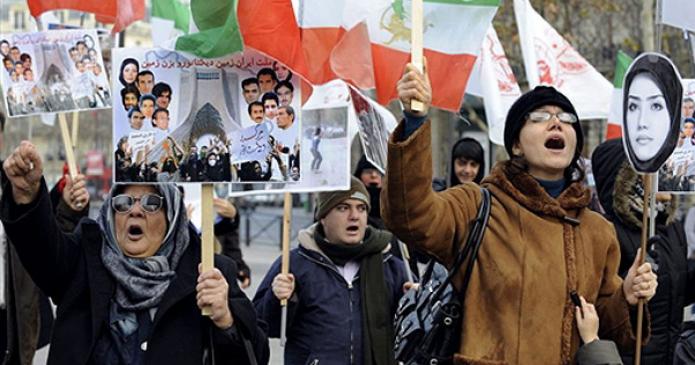 The idea of ​​the inadmissibility of dissatisfaction with the current economic and political situation in the country, the need to demonstrate unity and solidarity before the enemies of the state and revolution, is constantly being presented to Iranian society as an indisputable truth, they are trying to mobilize society to fight against external and internal enemies. Meanwhile, the country has not only failed to implement the provisions on a fair society, where citizens have equal rights to a decent life.
Like almost any theocratic state, modern Iran has all the ulcers of eastern medieval religious feudalism: Every third young Iranian is unemployed. For young specialists with higher education, vacancies of low-skilled, unpaid labor become the destiny. This happens in conditions of enrichment of “fat cats” of intermediaries who earn under the auspices and assistance of state structures, the Mejlis, the “swollen state” of President Rouhani, – multi-million dollar fortunes. Their life is carefully hiding from society: behind the façade of decent hypocrisy, the rule of free travel to Europe and the United States, education abroad. The “Golden Youth” neglects not only the norms of religious morality, but also leads a wild life, gives vent to feelings and passions that cannot be shown in plain sight in Iranian society. Any unauthorized breath of air is monitored by the “shadow supreme sheikh and executioner” Ali Larijani, the head of the Mejlis and the Supreme Council of National Security, whose billions and crimes can be confidently put on the same scale as the billions and crimes of Sheikh Pahlavi.
The use of alcohol, drugs, walking in the hot places of the offspring of noble families deserves more than just public censure. The country has a regime of “imposition of morality,” when anyone who is dissatisfied can be punished by Islamic courts, prosecuted for hostile thoughts or speeches.
Dual standards are based on the fact that there is a humble people, inspired by spiritual leaders, and a chosen minority that stands above laws and morality. The life of most Iranians is deteriorating, the state does not have enough funds to help those in need, to develop the province, to maintain reasonable prices for essential goods. Most Iranians have to save literally on everything, they never left their place of residence. The atmosphere of denunciation, hunting for the unreliable reigns in society.
No one is safe from defamation, expulsion from work, prosecution and searches. The 1979 revolution was associated with the stratification of the rich and the poor, social injustice, and the savage actions of the Shah’s secret police “Savak”. The dreams and energy of the people were used not only by leaders for whom the goal was to rid Iran of shameful dependence on the United States and its allies, but also as “careerists,” opportunists who filled the ranks of state corrupt officials and made fortunes from the sufferings and deprivations of the majority of the population.
In the current situation, they constantly talk about the intervention of Iran’s enemies from abroad, the machinations of the enemies of the revolution, but those who take to the streets are not hired by the West, honor the traditions of Islamic civilization and sincerely concerned about their fate, think about the best prospects for their children. The ruling regime is trying to get away with accusations, unleash a wave of repression against the discontented, remains deaf to the demands of the population, organizes crowded rallies in its support.
The weakness of the regime is manifested, which, instead of thinking about ways out of the problems that excite people, in addition to using the repressive apparatus, employed a powerful propaganda machine, tightened control over people’s moods, and could deepen foreign policy adventures in order to keep the Iranian people in a state of constant tension and blockade. Millions of Iranians welcomed the lifting of sanctions, which, it would seem, gives a possible reason for action in the name of economic prosperity, raising the living standards of the population, and solving social problems.
It seems that the current regime was not only unprepared for a reform policy, but also turned into a class of “eternally ruling”, for which the Iranian people are useful only as a “meek herd.” One can only hope that sooner or later the majority of Iranians will realize the need for change, and these changes are not connected with the strengthening of moral and political dictatorship. For a country with a rich cultural heritage, a mass of educated energetic people, with real opportunities for economic growth, another future may open up – Iran as a society attractive to Iranians themselves and provoking sympathy from other states. 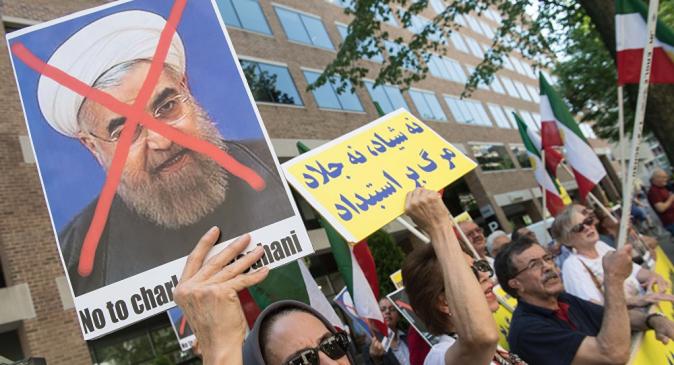 Young people are actively looking for an alternative, and it is very significant that during the recent riots, the religious schools of the madrasah were primarily targeted.
Not only the standard of living (which is much lower than in neighboring Turkey), but also ideological attitudes are no longer satisfied.
If for the generation of the late 70s of the last century, Islam was the answer to all questions (first of all, the issue of overcoming social inequality), then for the current generation this is a brake on development.
It is no coincidence that now the Iranian authorities conduct preventive operations in Iranian universities to prevent the formation of a common ideology of protest.
What can she be? The ideas of liberalism have been known in Iran for a long time, and the Islamic Revolution began in many ways precisely as a movement of discontented liberals officially supported by the United States.
But now this doctrine in Iran has few adherents; distrust of the West remains a national feature.
The left will inevitably come to the forefront of the protest, which will act under the slogans of secular power.
You can often hear. That all protest structures in Iran have long been defeated.
But, in reality, the Communist Party of Iran – the People’s Party of Iran “TUDE” has been acting outside the country since 1992 and is having serious consequences for brothers in the Caucasus, Europe and Canada.
But in Iran, the traditions of the leftist protest have always been strong and the leading force here was the Organization of the Mujahideen of the Iranian people (OMIN). 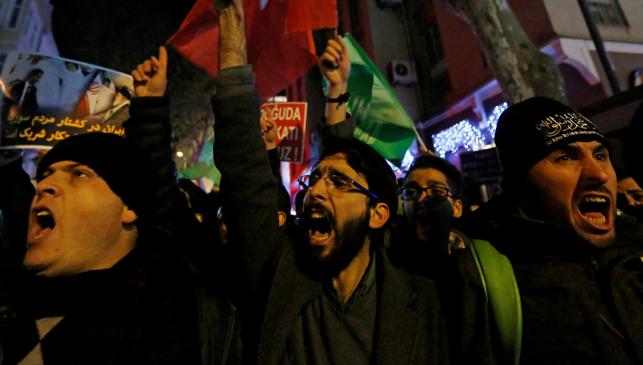 The Mujahideen organization of the Iranian people was the first to oppose the ayatollah regime and in 1981 carried out a terrorist attack with the aim of eliminating ayatollah Khomeini.
In 1981, Iranian authorities officially announced the defeat of the Mujahideen of the Iranian people, but recent events show that many activists were able to survive underground.
The organization of the Mujahideen of the Iranian people categorically refutes the information about receiving financial assistance from Saudi Arabia and the Gulf countries and tries to present itself as a patriotic organization, acting primarily in the interests of the working class and students of Iran.
There are other contenders for the role of protest leaders in Iran. And above all, among them, the army of “People’s Mujahideen of Iran” is a group of radicals banned in the country that professes a mixture of Marxism and secular Islamism.
Official Tehran accuses them of major terrorist attacks in the country.
It is the Red Militants of the “People’s Mujahideen of Iran”, according to Tehran’s officials, who have been behind all the recent terrorist attacks since 1994, when a suicide bomber blew himself up in the mosque of Imam Reza. Then more than 20 people died, after which the authorities declared a real hunt for the Red Militants of the “People’s Mujahideen of Iran,” which is being conducted with very variable success – not even a year has passed before the Islamic Marxists would not remind themselves of yet another explosion. MCOs, along with urban liberals, were the main shocking force for 2009 protests against the re-election of Ahmadinejad.
Now the Iranian authorities are trying to suppress its further beginnings after the protests: this is how it officially announced an increase in privileges for the IRGC punitive.
But these measures are clearly insufficient and will not be able to calm the dismayed Iranian society. The lifting of sanctions and liberal reforms by President Rouhani will inevitably lead to increased social tension and new outbreaks of protest.
Of course, it is precisely the progressive left forces that will direct these protests.
One thing is clear: Iran has already entered an extremely turbulent era. The Age of Progressive Social Revolution.