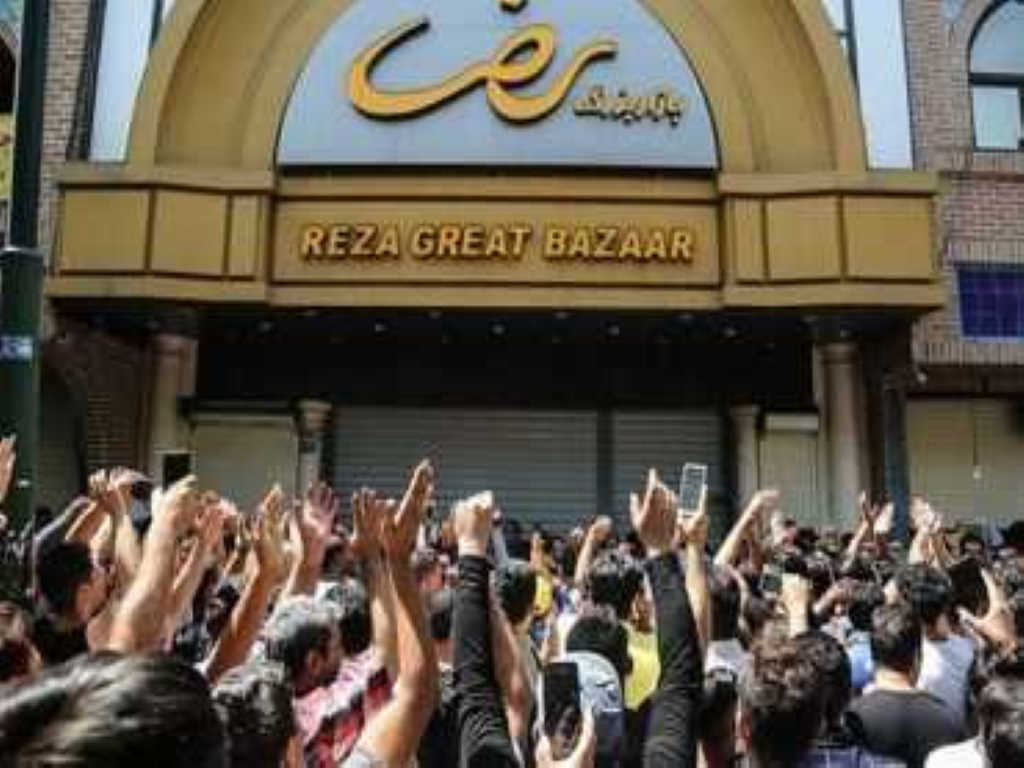 STATEMENT OF THE TUDE PARTY OF IRAN

According to available data, in the conditions of catastrophic deterioration of the economic situation in the country; free exit of Rial (Iranian currency) against foreign currencies (for example, the exchange rate of more than 11,000 thousand tomas against the US dollar, achieved this week); increase in the cost of basic consumer goods; and the shortage of water, electricity and basic goods, which are used daily by the general public, once again popular protests broke out in cities throughout the country.

In recent days, the people of July this year, who rose to anti-government unauthorized actions – from Isfahan and Guardard in Karadj, took to the streets in protest against inflation and harsh economic conditions and expressed their demands. Peaceful protesters faced repressive security, police and repressive bodies of the theocratic regime. A group of workers, drivers and sellers specializing in the sale of car and truck parts in the Amir Kabir industrial park in Isfahan joined the protest demonstration. According to reports from news agencies and social networks, on Tuesday, July 31, a number of workers, artisans and market owners in Isfahan marched toward the city center in protest at high costs and a catastrophic economic situation, and other people along the route joined them.

Images and videos posted on social networks showed the heavy and widespread presence of riot police and security forces around the Amir Kabir and Nova Shapur Street industrial park. Following the protests in Isfahan, the media also published numerous reports of a major protest rally in Gohardasht, Karadj and their slogans protesting against high prices and inflation. People chanted: “Low prices, Inflation, it’s a plague in people’s lives” and “Guns and bullets do not scare us anymore!” We want the clerical regime to get lost. ” According to numerous reports, police riot police, using tear gas, ordered ruthless attacks of simple dressed thugs regime, tried to crush and disperse the protesters. Over the past few weeks, we have also witnessed increased pressure on political prisoners – especially trade union activists, human rights activists and environmentalists – and outrageous repressive long-term sentences brought against student activists at the university, arrested during the January 2018 protests.

The situation in modern Iran is like the situation with the “powder keg”, which, with the continuing economic pressure and repressive, reactionary and anti-popular policies of the regime, has its own smooth transition, increasingly approaching the “second wave” of a more powerful mass social explosion , the outcome of which will be the Progressive Social Revolution. The fact is that from the demonstrations of hundreds of thousands of our compatriots in 80 cities across the country in late December and early January 2018 there was not a single day or a week in which people were tired of the situation in the country – to remain silent and tolerate: do not raise their voices protest against the continuing malicious and anti-popular policies of the theocratic regime.

The increasing number of workers’ protests in different cities due to economic corruption, unemployment, failure to pay proper wages and lack of job security, and angry clashes involving people in the southern cities of the country due to poor quality and lack of daily drinking water and a reduction in capacity, all point to a lack of attention and disregard for the difficulties of people, while the demands of the leadership of the theocratic regime demonstrate their perseverance in continuing the same anti-popular and antinar one policy that put our homeland in such a terrible situation today.

Today, for the overwhelming majority of our people, it is absolutely clear that responsibility for poverty, poverty and the unprecedented deprivation of tens of millions of Iranians lies with them; corruption, which was institutionalized in all the pillars of the government, which is unprecedented in modern history of our country; and the imposition of the current repressive socio-political conditions of people’s lives, everything lies on the theocratic regime. Today’s rulers, instead of just returning to the destructive policies that have devastated the country so far, have desperately tried to conduct secret talks with the US government, the Bean Salman regime in Saudi Arabia and the Israeli government in order to overcome external pressures, the current crisis and the further continuation of their anti-people rule .

The fact is that the disunity and the absence of a connection between the protest actions of people and workers prevent their necessary influence on current events. Given the experience of popular protests in January 2018 in 80 cities across the country, it is necessary to realize that without the coordination and cooperation of social groups and progressive and democratic forces, we can not force to retreat from the syokratic regime signaling.

The material was received and prepared for publication

head of the Caucasian Staff

of the ICSA “SOUTH-EASTERN STAR”

with the support of the