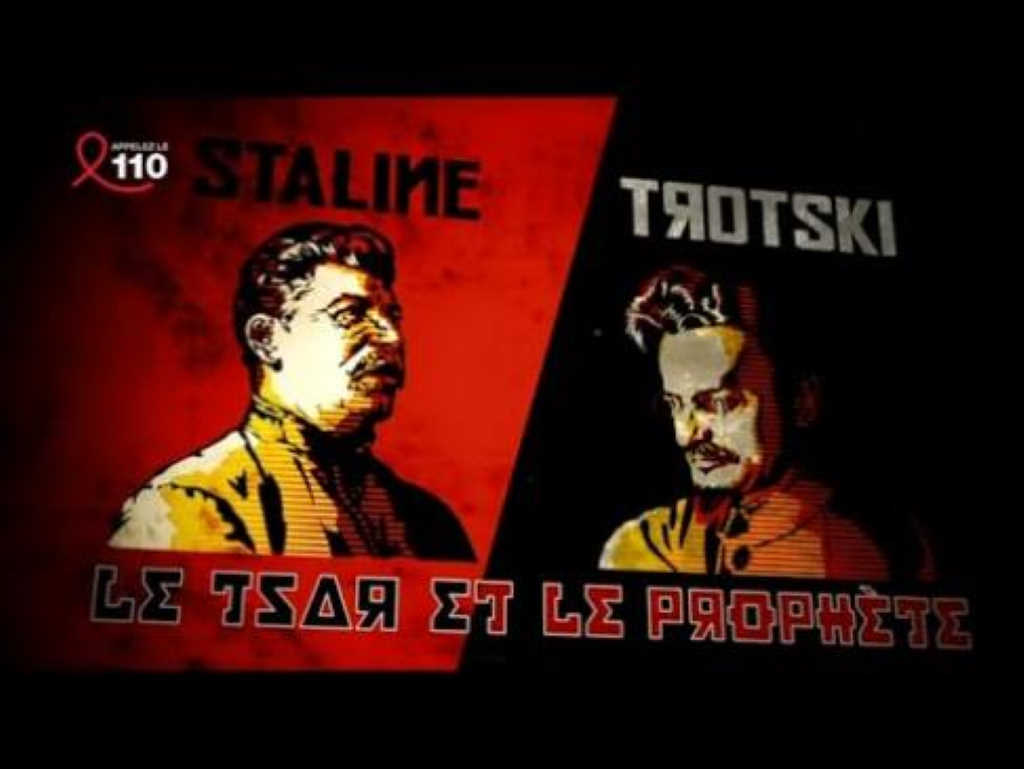 STALIN versus TROTSKY / TROTSKY versus STALIN: And where is the place of Marx?

The history of the post-Soviet left movement is full of discussions and conflicts around the confrontation of the main political figures in the Bolshevik Party after the death of Lenin-Joseph Stalin and Lev Trotsky. Indeed, for all the complexity of the situation in the early USSR, the working class, in alliance with the peasantry and under the leadership of the party vanguard, chose its own way of building a new society during the struggle of the leading groups formed around these two Bolshevik leaders. Hence the unflagging interest of our contemporaries in the vicissitudes of their struggle.

In our opinion, the point in the Marxist interpretation of that epoch and the extraction of lessons from it for the future has not been raised today, above all, because of the low ideological and theoretical level of the present heirs of the Bolshevik Party. All sides of the above dispute, as a rule, replace scientific analysis with propaganda slogans and myths born in the past epoch and often ridiculous in today’s conditions.

Our political practice in recent years has shown that the overwhelming majority of the current “Stalinists” are separated by no less political divide than from those leftists who unequivocally disapprove of Stalin, raising Trotsky’s shield. Therefore, we considered it necessary to pay special attention to questions of the history of the early Soviet Union, to be critical of the stereotypes of the “Stalinist” propaganda, naturally maintaining the same critical attitude to the propaganda of the Trotskyite. We believe that those who drag out frenzied opportunism in the discussions of today, can hardly be a champion of truth in historical matters.

In addition, we see how traditional for the “Stalinists” – the lowering of the historical role and the slanderous discrediting of the revolutionary figure of Trotsky is today a means for discrediting the ideas of internationalism, uniting the proletarians of all countries in the struggle for the world revolution, associated with mass consciousness with Lev Davidovich. For patriotic distorters of Marxism, Trotsky is a favorite target. For example, recently an interview was published on the Internet with Boris Yulin, a well-known associate of the even more famous Dmitry Puchkov (Goblin), his faithful assistant in the deceiving of bourgeois patriotism by people who are interested in communist ideas. The interview is devoted to Trotsky and is a cursory reproduction of all the basic elements of the “black myth” about him.

With all the diversity of today’s “Stalinists”, almost all of them – from the “orthodox” fragments of the CPSU like the followers of the late Communist Nina Andreeva, – through the audience of video blogger Dmitry Goblin Puchkov – to the lackeys of the oligarchs from the Communist Party (about the fascist “Stalinists-anti-Bolsheviks” we will recall) – they repeat about the same mythology about Trotsky, with not so great variations. At the same time, documents available to all today show the inconsistency of these myths. For example, it is enough to read Trotsky’s work “Permanent Revolution” in order to see the true attitude of the author to the peasantry and its revolutionary role, a relation very far from the picture of the alleged haters of the peasants and the denier of the workers ‘and peasants’ union. Or the question of the Brest world: the stereotype of Trotsky’s “adventurism” and “treachery” also does not stand up to criticism when referring to the documents of the Bolshevik party (in particular, the shorthand record of the Seventh Congress). The same is true for many other things.

The reverse side of the slander against Trotsky, his “demonization”, is the excessive exaltation of Lev Davidovich by a significant part of the left in Russia and in the world. Although in reality Trotsky, being a talented speaker, publicist, who showed himself well and as an organizer (in particular, in the creation of the Red Army), was a weak Marxist theoretician and ideologue. He could not give a clear and consistent scientific analysis of the nature of the USSR, and a Marxist alternative to Stalin’s policy (in general, and not in some particular issues). This theoretical weakness of Trotsky largely determined the infirmity of the Fourth International, both ideological and organizational. This International split into dozens of warring groups that did not play a decisive role in any of the major class battles of the second half of the 20th and beginning of the 21st centuries. For Stalin and his supporters, unlike the Trotskyists, the real experience of building a new society is not in one dozen countries around the world. But it is impossible to forget that this experience, along with the greatest victories over the bourgeoisie and successes in the cause of socialist construction, contains many mistakes, costs and deformities that played a role in the defeat of communism at the end of the last century and its discredit in the eyes of today’s proletariat and taking shape class prekariat.

Trotsky, nevertheless, was the most theoretically literate of the left-wing critics of the Soviet Union, with all the shortcomings far superior to both the Marxist and his contemporaries among the “Left Communists”, and the later Maoists and Hoxhaists. And even from the Soviet leaders who opposed the ideological and political line of NS Khrushchev, only Molotov could compare with Trotsky. Trotsky’s prognosis of the restoration of capitalism in the USSR as a result of the bourgeois degeneration of the upper crust of the Communist Party, as we know, on the whole came true. True, this happened not after Stalin, but after 30 years of revisionist leadership who slandered Stalin by posthumously placing all responsibility on him for the negative phenomena of the period of the construction of socialism, as well as removing his work to special protection facilities, where the works of Trotsky were also in the USSR.

The current followers of both Trotsky and Stalin often have little in common with their idols, as a rule they borrow and reproduce only the worst part of their views and political activities. Trotskyism is a dead end of Marxist thought, which we see also on the example of modern Russian Trotskyists. However, the current “Stalinists” offer no more than a dead end, with their crude propagandistic idealization of the ambiguous Stalinist experience of socialist construction and, as a rule, the bourgeois-patriotic bias of some degree of “inert paralysis”. Trotsky, in fact, shared the fate of his main opponent – after many years of silence about the ideological heritage of both of them in our country, the attitude to both Trotsky and Stalin in today’s mass consciousness, including among the leftists, ranges from exalted admiration to caricature hatred. And all extremes are very far from the truth.

The “black” and “white” myths of both Trotsky and Stalin demand revelation. The picture of the struggle of “Absolute good and Absolute evil”, “good guys and bad guys” generally has very little in common with reality. And especially this concerns the construction of a socialist society in a separate backward country.

Our task today is neo-communists: proletariat and precariats not the “reconciliation of Stalinism and Trotskyism”, which has repeatedly proclaims different lovers “wide-left” projects, but developing and deepening the marxist theoretical work, as a cognitively updated practice, which rejects anti-marxist distortions of any shades, offering a revolutionary, basically new scientific-practical alternative.

Volunteer of the 11th Network Rate