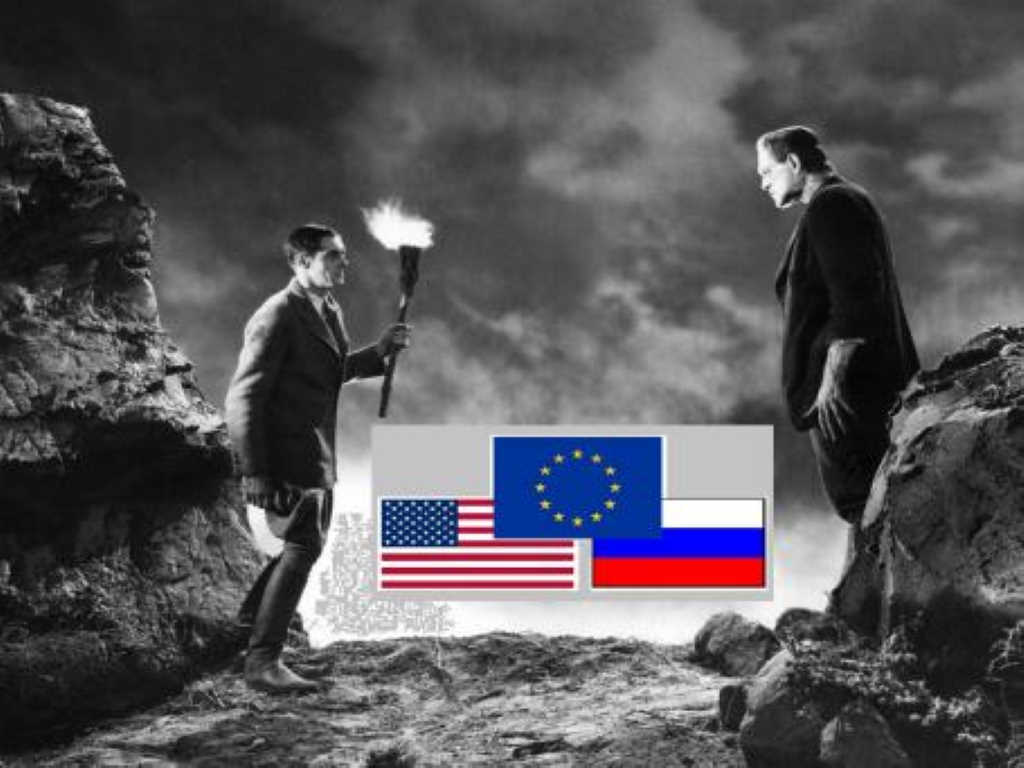 Dr. Frankenstein did not long admire his needlework monster

There is reason to believe that in Europe the implementation of a liberal revenge is planned, the aim of which is to consistently discredit and dismantle pravopupulist parties. In favor of such a conclusion is the activation of media synchronously acting both in the European information space (Euronews, Mond, Times), and in the USA, where CNN, Washington Post, New York Times are particularly active in the anti-tramp policy. It is natural that under the guise of fighting against “fake” news, allegedly emanating from pravopopulistskih sites – regarding the migration problem, the trade war with the US and Russian aggression – a consolidated position of the media and liberal politicians is created.

This is evidenced, firstly, by the fact that these liberal media receive direct instructions regarding the submission and presentation of information through the structures of the European Parliament (M. Weber, G. Verhofstad) and the leadership of the USP (C.Shumer). This is confirmed by the fact that it was practice to hold informal meetings of American democrats and European liberals, concerned about the fate of the liberal Europe project, which includes unconditional support from American democrats, financed by transnational corporations and the financial group of the Rothschilds.

Second, there is a tendency to unite the efforts of the executive and legislative structures of the EU, which foreshadows the resignation of Zh. Junker for his too soft and passive position in countering populism. Weber and Verhofstad may already be the possible successors, but a new candidate from Eastern Europe (Romania, Bulgaria or Poland) is possible.

Third, a campaign is being launched on charges of corruption by V. Orban, whose peak is likely to be reached and will have a long-term tendency before the new parliamentary elections are announced within the next six months. It is obvious that the Romanian experience of anti-corruption campaigns will be used, and for this purpose, a regular “importation” of “civil activists” from Romania, Austria, Germany, and the Czech Republic is planned to Hungary to reinforce and expand the already existing anti-Orban structures numbering 100-150 thousand activists in Hungary.

Simultaneously, parallel actions will be held to force the ruling party Right and Justice in Poland to step back from the planned legal reform, but, most importantly, to end the policy of solidarity with the regime of V. Orban. In the same vein, efforts are being made to neutralize politicians who came to power in Italy. As a possible argument, the script of the Russian trace will be used in relation to M. Salvini and the “League of the North” led by him to cause the crisis of the ruling coalition and its disintegration for the implementation of early parliamentary elections. At the same time, pressure will be intensified in the political and information space in the framework of S. Kurtz’s “repentance” and the rejection of the alliance of right-populist forces, including Germany.

It can be concluded that the intensity in the implementation of the liberal revenge coincides with the October elections in the United States. American democrats dream of “burying” Trump, making him a “lame duck” and in the framework of a series of meetings, consultations and joint actions with European liberals to fulfill the dual task of depriving the European populist of the symbolic and political support of the incumbent American president, given Trump’s authority in the leadership of Poland and Hungary , and, at the same time, to inflict a “European blow” on Trump through publication in the leading European media (headed by the list of “Mond”, “Frankfurter Allgemeine”, “Guardian”), a series of debunkers articles on corruption, racism, xenophobia, harpment of Trump and his closest associates. Perhaps the French experience of “Makron’s take-off” will be used when the New York Times and Canar Anshene in September-October 2018 implement a joint “information volley” in which publications containing Trump’s accusations will be continuously uploaded corrupt business, “dirty” sexual adventures and, it is not excluded, in the conduct of joint illegal business in Poland, Hungary and Italy, links with mafia structures and money laundering through banking structures.