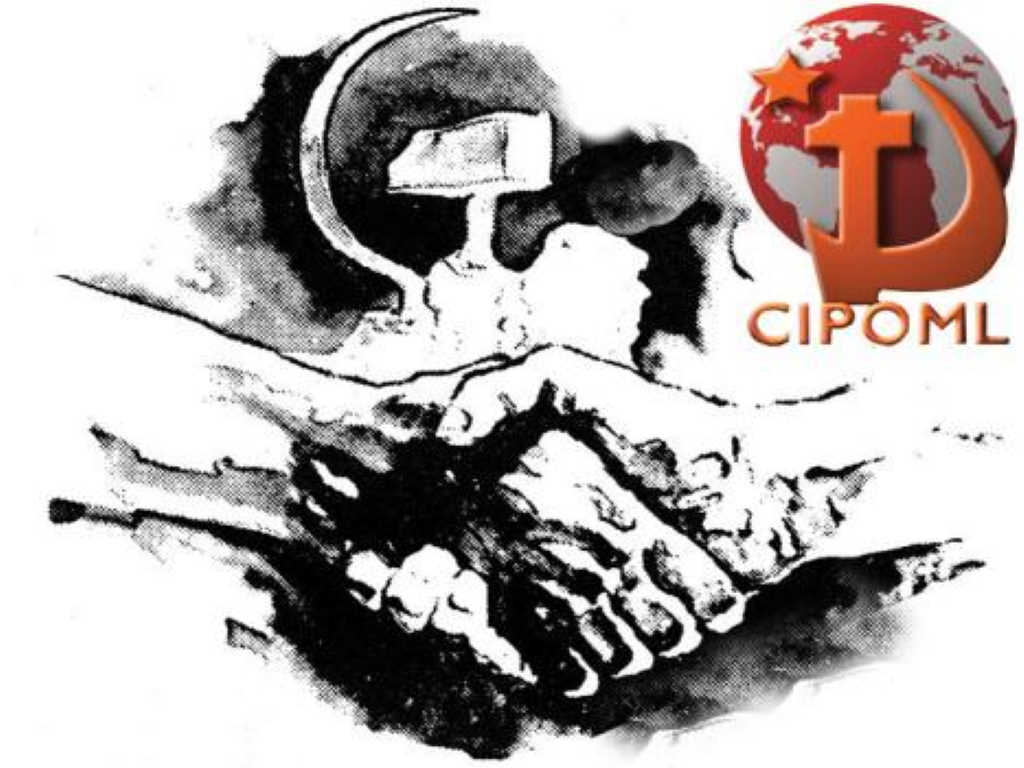 To analyze the economic, political and social situation of the American continent, discussion how the Marxist-Leninists are acting in this concrete reality, and to define the tasks and lines of action to move forward in the process of organizing the social revolution of the proletariat, we have called the Latin American Plenary of the International Conference of Marxist-Leninist Parties and Organizations, ICMLPO. 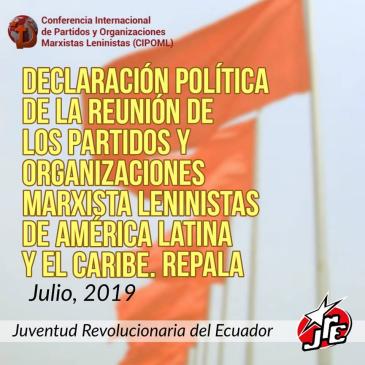 The attendees, among which we have the presence of our comrades from Turkey and Tunisia, have had a fruitful debate, which has allowed us to know and better understand the socio-political scenario in which workers and peoples act and fight.

We confirm the deepening of processes initiated years ago, which are causing changes in the correlation of political forces at the level of several governments and in the social sphere. In several countries where regimes established as “progressive”, “alternative”, “21st Century Socialists” were established, bourgeois factions and the developmentalist positions that sponsored them have lost positions, taking over traditional sectors of the bourgeoisie, openly identified with the political positions of the right.

This phenomenon is opening the doors for US imperialism to recover spaces disputed by China, particularly in those places where the so-called progressive governments are established. The US never lost its hegemony in the region, it never ceased to be the main center of hemispheric trade and the exit point for the largest investments in the region. Latin America is the scene of inter-imperialist disputes over market control. Not only does the US or China have and defend their particular interests, Canada, the imperialist countries of Europe, Russia also come into play.

The execution of neoliberal policies characterizes the political moment in the region. The differences between one country and the other are minimal in the way they are executed, but the measures and objectives set forth are the same: to raise the levels of capitalist exploitation, through measures and laws that make work precarious, restrict and eliminate trade union rights; reduce state budgets for education, health, social security sectors; privatize state-owned companies, with names and figures that disguise this reality. In essence, policies that seek to enrich even more sectors of the national big bourgeoisie, favor imperialist financial capital and rivet foreign dependence.

We confirm the exacerbation of serious social problems. Migration has connotations and magnitudes never before seen in our hemisphere, which in the case of the exodus that goes to the United States, has collided with reactionary measures implemented by the government of Donald Trump (and also fulfilled by some governments in Central America) that put in evidence his xenophobic, nationalist, and white supremacist thinking. Poverty grows, unemployment increases and underemployment, the number of people without access to education, health, housing increases; violence against women also reaches levels not seen before; the impact on the environment expands with the extractivist policy imposed on our countries.

These are serious problems that cannot be understood except in the framework of how capitalism organizes society’s life and reproduces itself.

These phenomena affirm us in the conviction that the overcoming of these problems cannot take place within the framework of the prevailing system: social-reformism, neoliberalism, “progressivism” and other bourgeois political currents have not only failed when they have been in government, but are directly responsible for what later happens. Only the social revolution of the proletariat has the historic capacity to solve the serious problems that afflict workers and peoples; Only the working class in power can emancipate humanity from capitalist exploitation, end foreign oppression and dependence. Towards that purpose we focus the actions of our Parties. We develop efforts to improve our ties and influence among workers, peasants, youth, women.

We confirm that discontent and mass struggle grows in the face of the anti-popular policies of governments, before the declarations and aggressive actions of imperialism. As revolutionary organizations we are in these combats and we intend to have a better impact on their leadership.

There are ongoing political phenomena that, due to their complexity, require special mention. In Venezuela, workers and the people continue to be victims of the aggressive interventionist policy of US imperialism, the European Union and the rulers of countries that have submitted to those dictates. There is a serious economic, political and social crisis caused by the imperialist blockade, the boycott of the right, the inability of the PSUV-Maduro government to address and solve the problems of the masses, in which a neo-liberal trend that pushes privatization. This crisis also involves the interests of other powers, such as China and Russia. Only a policy of class independence will allow the working class and the people to create a genuinely sovereign and popular counter to the current crisis. We call on the workers and peoples of Latin America and the world to organize solidarity actions under the slogan: “The Venezuelan people resist and fight against imperialist aggression.”

The electoral triumph of Jair Bolsonaro in Brazil fervent diffuser of ultra-reactionary and fascist ideas, in favor of the use of repressive mechanisms and paramilitary groups in order to achieve social control caused some sectors to announce the arrival of fascism in that country and on the continent. Bolsonaro has the support of the judiciary, of the armed forces, of the great bourgeoisie; however, he has not been able to fulfill his purpose because the workers, youth and peoples of Brazil have been able to respond in the streets to the regime’s anti-popular measures, exposing the contradiction between the fighting popular movement and the fascist forces.

It is clear that, worldwide, ultra-reactionary ideas are spreading and are gaining ground in some countries. It is our obligation to unmask them, and banish them from the mass movement whenever they appear.

On the right, we confront the defenders of capital with the mobilization of workers and peoples. This raises the need to persist in our proposal for unity between the forces and movements of the left, between social and popular movements. Unity of workers and peoples for their rights, for democracy, for better material living conditions, against neoliberal plans. Unity against imperialism and the right are proposals that we commit ourselves to carry out, as a current necessity in the process of organizing the social revolution of the proletariat. The struggle and fight against imperialism implies, at the same time, unmasking the proposals and actions of social reform and opportunism, against the right-wing and against fascistization.

Peoples fight on all continents, marking the perspective of social change, of a new world. Algeria and Sudan have been the scene of combative popular rebellions that threw down reactionary and repressive governments, there the struggle continues for democracy, for political rights, for attention to popular demands, The Puerto Rican people have forced the resignation of the corrupt Governor Ricardo Roselló, a struggle in which the banner of independence was also present. To these peoples we give our solidarity, as well as for the Haitian people who fight daily against hunger, unemployment, corruption, and the oblivion which they are threatened with. We stand with the peoples of the Antilles who still live under colonialism.

The Meeting of the Leninist Marxist Parties and Organizations of Latin America and the Caribbean paid tribute to Comrade Osman, Turkey’s internationalist revolutionary who died recently and conveyed our solidarity with the EMEP comrades. The meeting also commemorated the formation of the Communist International, founded by Lenin a hundred years ago.