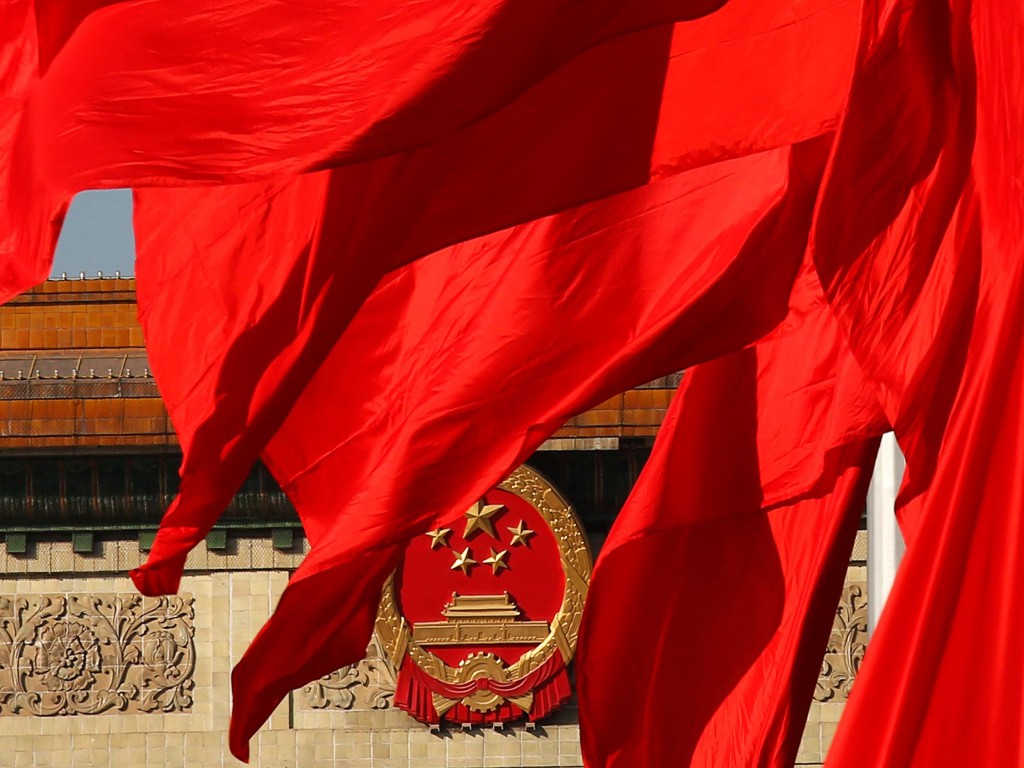 To approach the understanding of the cause-and-effect relationships of the emergence of the “Second world economy” led by the ruling Communist Party, it is worth starting with the consideration of three ideological trends that guided the evolution of the CPC: Maoism (1935-1976), Daengeism (1978-2012) and Xiism (2012 -), while revealing the loyalty of continuity and mistakes, successes and conflicts that formed the history of the party, inextricably linked with the history of the country. 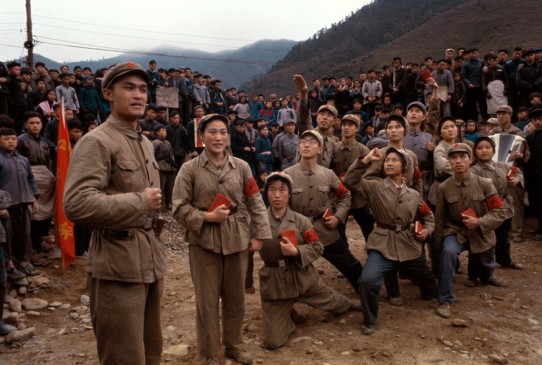 In addition to the unsuccessful restoration of the empire (1915-1916), which exploited the weaknesses of the nascent Republic of China, the main events in the history of China during this period were: the founding of the Kuomintang (1912) and the emergence of the Communist Party of China (CPC) in 1921… These events determined the further political development of the country, including a number of critical periods. Among them are the following: The period of the Great Revolution (1924-1927); The period of the revolutionary Civil War (1927-1937), in which the Great Campaign and resistance to Japanese aggression (1937-1945) played a special role, as well as, finally, the revolutionary civil war of 1945-1949. During these years, the Communist Party of China (CPC), founded in Shanghai in July 1921, has defined its guiding principles for many years: nationalism, democracy and the well-being of people. At least 12 delegates of the Communist International, including Mao Zedong, took part in its creation. The Central Bureau consisted of Chen Duxiu (secretary), Li Dazhao (responsible for revolutionary propaganda) and Zhang Guotao, responsible for the organization.

When the revolutionary personality of Mao Zedong gained popularity in the party for a long period, starting in 1935, at the same time, what was called Mao’s thought was determined: the integration of Marxism-Leninism into Chinese reality. An important role was played in this regard by the search for a combination of Chinese features with a mass line, which amounted to a search for truth in facts. This was due to the principle of independence from other socialist people’s revolutionary experiments, such as the Soviet one.

In fact, it was Mao’s leadership during the Third Revolutionary Civil War that led to the triumph of the party militias in the founding of the People’s Republic of China in 1949. Thus, a new historical journey of China has begun, which will eventually allow us to leave behind the times of decline and backwardness. 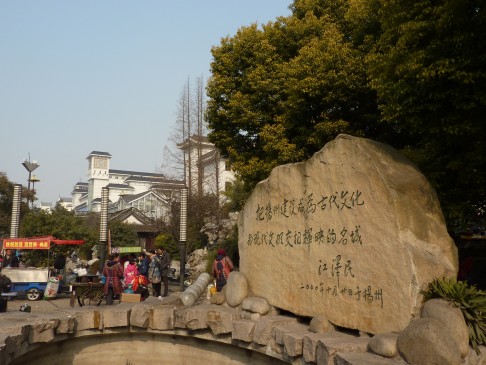 Mao was the undisputed leader of the CCP from 1935 until his death in 1976. These are the years of preparation for building socialism, building a new democracy. On this path, important economic successes were achieved thanks to industrialization and agrarian reform. along with the need to find its own path to socialism, however, as a result of disputes between the left side of the Communist Party of China, and the liberal-democratic wing, as well as as a result of the ongoing class struggle, China has experienced two fundamental and in, at the same time, in what something tragic event. This is, firstly, the great economic leap forward that began in 1960, and, secondly, the difficult period of the Cultural Revolution, which began in 1966-1976. As a result of revolutionary intolerance, an internal imbalance occurred in the country. Then there was a break with the Soviet Union. 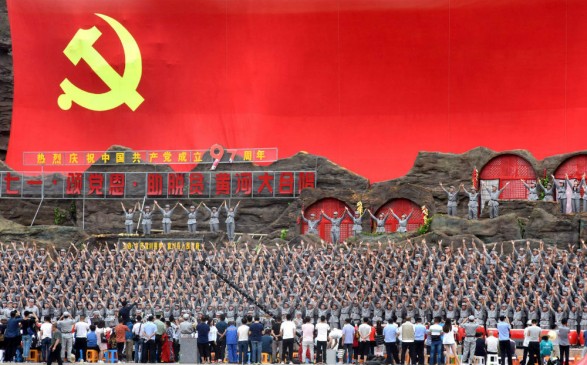 The official birth certificate of Dengeism is the III Plenary Session of the XI Central Committee of the CPC, held in December 1978, at which Deng Xiaoping (1978-1990) took over the leadership of the party, indicating the path to be followed in the future. the future, that it should be governed by four principles: steadfastness in socialism, the dictatorship of the proletariat, the leadership of the CCP and Marxism-Leninism and Mao’s thought; However, despite this apparent continuity, the characteristics of this path to socialism allowed the introduction of the market and property and gave way to collective party leadership and rule of law under the rule of law, leading to a complete break with Maoism.

The arrival of Jiang Zemin (1990-2002) marked the arrival of the third generation to the leadership of the Chinese party, and, accordingly, the state. During this period, China joined the WTO, and created several regions of special economic development, such as Shenzhen. Jiang Zemin included in the paradigm of the Chinese Communist Party thought – the theory of “triple representativity”: according to it, the Communist Party represents three phenomena: national productive forces, Chinese modern culture and people’s interests. The latter implied the introduction of a certain inter-classism in communist thought. After Jiang Zemin, it was the fourth generation in the CPC. From 2002 to 2012, the party was led by Hu Jintao, who developed a “scientific vision of development” with which he tried to provide the Communist Party with an answer to social justice and environmental issues, while continuing to contribute to the country’s successful economic development. Thus, a situation arose that after the 2008 crisis, which shook the entire capitalist world, the country showed obvious signs of the superiority of the Chinese development model. 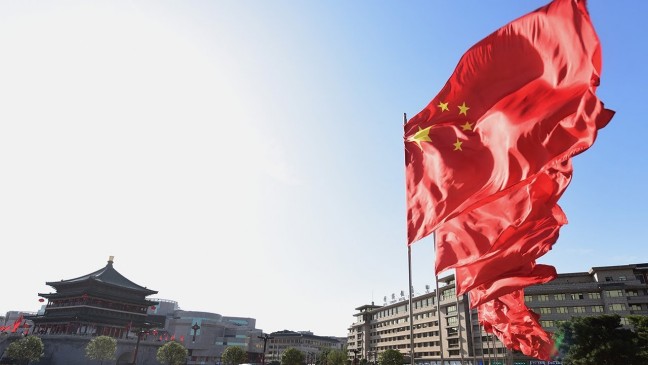 Xiism: the beginning of the complete modernization of socialist China

By 2012, China has made progress in building a moderately prosperous society, free from extreme poverty and social injustice. Then it was time to lead the Chinese Communist Party to the fifth generation of party leaders. In 2012, Xi Jinping became the head of the Party. Since 2017, Xi Jinping has begun implementing the fifth-generation concept of “the foundations of socialism with Chinese characteristics in a new era.” It is based on 14 fundamental theoretical and practical theses (or – 14 perseverations in xiísmo):

• absolute leadership of the party;
• considering the people as the central subject of the revolutionary process;
• deepening the reform;
• a new concept of development;
• understanding the state of the people as the master of the country;
• government in accordance with the law and central socialist values that guarantee the improvement of people’s living conditions;
• understanding of ecological civilization;
• national security;
• primacy (supremacy) of the party over the army;
• reunification and the principle of “one country, two systems”.

Building a harmonious human community in the country went hand in hand with understanding the common fate of humanity, which required greater disciplinary rigor in the party. Thus, it can be said that in this sense, Xiism (the leadership of the Chinese Communist Party by Xi Jinping) represents a revival of dengeism (based on the concept of China’s economic modernization and social protection of its citizens) and Maoism (leftism and political centralism).