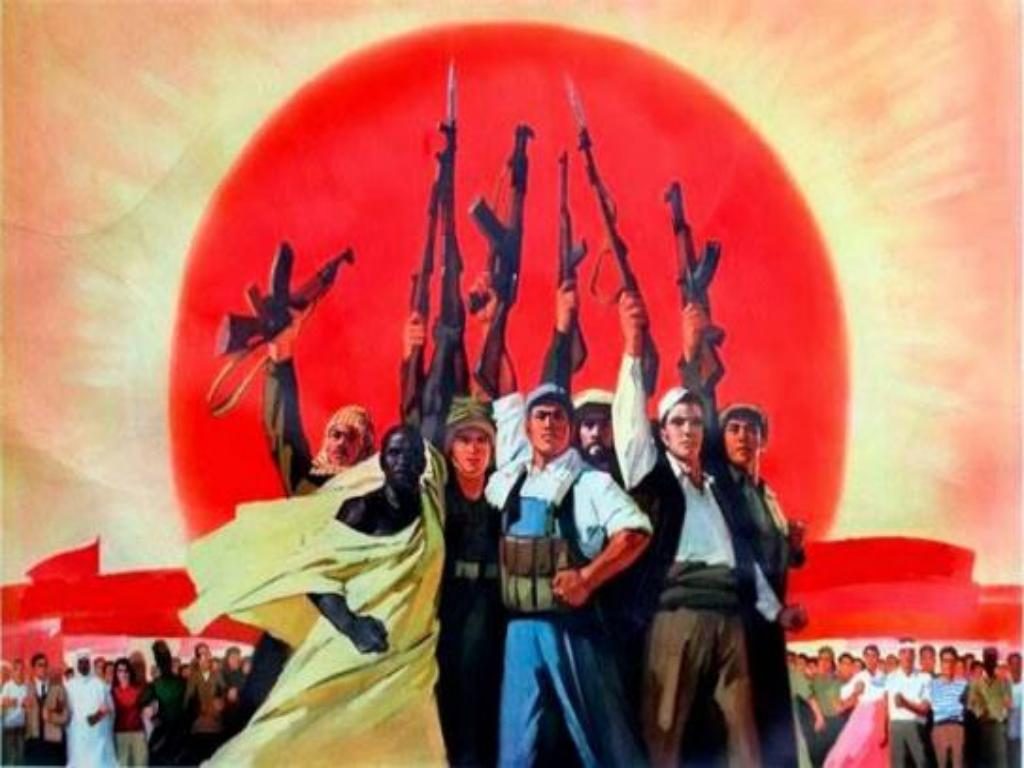 1. Our main task is to overcome the multiple national-state isolationism and fragmentation of the new left, who are on the right track, as well as those old Communist Parties that have not slipped into opportunism, like some others, and have retained their identity - conscious, true communists. It is necessary to overcome the split between the new left and them, and at the same time to put an end to the internal divisions that have continued and multiplied over decades. The fragmentation and split of the revolutionary forces is a “gift” to the class enemy, which, by now, unlike most of us, has already created its own capitalist “international”, which makes it much stronger, despite the economic collapse and the failure of neo-liberal theory. We must not underestimate the strength of the class enemy, in whose hands a huge number of developments, political technologies and the material base with the latest technologies that allow you to track and often prevent the emerging popular resistance.
To unite all the forces of resistance, which are still scattered, we can offer and - designate, for they are - common views and starting points of contact, on the basis of which there is a real opportunity to work out an optimal, common for all revolutionary forces, programmatic strategy, based on a social communist scientific base. That it should become the single basis for the Internationalist revolutionary resistance to the Capital System, for no other way is given.

2. We must, being rapidly changing in modern conditions of multi-level harsh reality, maintain a correct idea of it, not succumb to the “charm” of simulacra, abundantly provided by the “performance society” imposed on us. To do this, it is necessary to become a united force, mentally and nationally historically diverse, and armed - not only with socio-political Marxist teachings - this is the only sure way to victory, to the global defeat of the world of Capital. To a change in the current socio-political formation - global capitalism, which, as has long been proved by social-communist dialectical science, has come to its degeneration, leading to a dead end Mankind, exposing it again and again to the risk of being on the edge of its existence, organizing profitable Capital conditions for the emergence of a new, disastrous world war.

3. We have worked to impose on the basic basis of the sociopolitical Marxist dialectics the corresponding strategic and tactical methods of modern resistance, which must be extremely flexible (to a certain extent - without changing the basic platform), adapted (in the natural scientific sense of the term) ) to the complex, insidious and changing every year, the conditions of the "information revolution" of the XXI century. Understanding today's Scylla and Charybdis, between which we have to maneuver our expanding, already numbering 17 Network Bets in the world, resistant movement, allows us to avoid shady, veiled dangers and risks in each new case. We have developed a tactical programmatic approach to creative, resistant human potential, leading it out of politicized social strata to understanding, realizing the class approach, clearly defining “friends” and “strangers”, oppressors and oppressors, protagonists and antagonists. Awareness, as in the nineteenth and twentieth centuries, of the class nature of the world, leads to an understanding of the need for its revolutionary transformation, which is impossible without a class struggle.

4. Strictly speaking, this conceptual theory is not designed for the average person. If the Bolshevik Party at the beginning of the twentieth century. created ideological tools with which a number of people could be armed in an industrially backward, almost agrarian country, then our new ideology will have to proceed from the fact that we, its bearers, will not be able to rely on the “average person” from the people, without first tearing them out total physical, economic and intellectual enslavement by the System of Interstate Capitalist Elites. We are also convinced that our common programmatic strategic ideology of INTERNATIONALISTS REVOLUTIONARY SOCIAL-COMMUNISM should not only avoid the populist, eroding Marxist approach of egalitarianism, but it has no right to be intellectually elitist, which has distinguished the entire left wave in recent decades. At present, the consciousness of a new man emerging in the bowels of society, who is essentially a representative of the class of the oppressed, is only beginning to realize his present situation, equal to that of modern workers, proletarians, whose number in the world is also constantly increasing at present.

5. We and Our associates must acquire the ability, even in a state of total isolation, to continue to remain the unit of Resistance and to keep in consciousness a general, true picture of reality, with its laws and cause-effect relationships; a common task, a common sense, matching its steps with a common task. That is, to always remember that the goal and task of our resistance is to change the socio-political system on the whole Earth, that is, the planetary Revolution.

6. Our common programmatic strategic ideology of the INTERNATIONALISTS REVOLUTIONARY SOCIAL-COMMUNISM - should clearly and clearly raise the main questions, arming the members of the movement with the ability to give answers. Moreover, the answers to these questions - for so many years consciously and unconsciously were sought after by every person boarded up in individualistic social cells. Our ideology and its carriers must have powerful creative potential in order to be able to open a person’s eyes to the real state of affairs in life, to give answers to cardinal questions not to a person at all, to an abstract person; - to this particular person, with his individual experience, regardless of whether he has already become an active member of the Resistance, or does not yet know which way to apply his activity. Many people do not fully realize that their life has no value in the eyes of the state and the ruling elite. Every year, social segregation more and more divides people into worthy representatives of society, and people of lower grades. Although those and the other for the true capitalist "masters" of life have the same price. In some US states, for example, the game of the ruling elite in the existence of a decent middle class is already ending: until recently, capable, many middle-class Americans are forced to move out of their homes, no longer able to pay mortgages. Their children, the so-called "millennials," no longer have any illusions about their social status or about the "American dream": in order to survive, they are forced to look for any job, regardless of their education.

7. Our program strategy for the INTERNATIONALALISTS REVOLUTIONARY SOCIAL-COMMUNISM is class-based. But we must take into account that social divisions, which make it possible to isolate the advanced class, which the proletariat used to be, were no longer working in our supermobile society, class divisions do not proceed exactly as they did 50 years ago. Some political analysts with a “leftist mindset” invented and isolated from different social groups the bearers of a new class, identical proletarian ideology, calling them a precariate. These are not fully serving the ruling elites intellectuals and “techies” who sell their work “intellectual day laborer” to a capitalist customer. It is believed that the “precariat” will very soon gain class consciousness, and its representatives, joining the protest movement, will also, like the representatives of the proletariat a hundred years ago, have impeccable class instincts.

8. Our program strategy for the INTERNATIONALALISTS REVOLUTIONARY SOCIAL-COMMUNISM is class-based. But we must take into account that social divisions, which make it possible to isolate the advanced class, which the proletariat used to be, were no longer working in our supermobile society, class divisions do not proceed exactly as they did 50 years ago. Some political analysts with a “leftist mindset” invented and isolated from different social groups the bearers of a new class, identical proletarian ideology, calling them a precariate. These are not fully serving the ruling elites intellectuals and “techies” who sell their work “intellectual day laborer” to a capitalist customer. It is believed that the “precariat” will very soon gain class consciousness, and its representatives, joining the protest movement, will also, like the representatives of the proletariat a hundred years ago, have impeccable class instincts.

9. All the previous attempts, let’s say, of a conditionally common “left” to spread their ideology among the masses, were broken up by their own group individualism, which led to the fact that one batch of innovative theorists, one movement individually began to corpuscular and inevitable integration into the System of Interstate Capitalist the elites that they were called to break. This loyalty to the System of Interstate Capitalist Elites, to enter - representatives of the "left" wave of each new stage came from the fact that only their group (party, movement in a locally taken country or region) is the only true, the only right, and if everything is done correctly, for example, to seize political power, then later this ideology can be instilled into everyone. This stage must be overcome. It must be understood that a new revolutionary ideology cannot be instilled in everyone.

10. We must learn to make very high demands on ourselves and our comrades-in-arms: both in matters of constant political and cultural class development, and also in developing the core of a strong-willed personal sphere. One of the main tasks at this stage is the gradual education in oneself and in like-minded people of the ability to meet with readiness every new life and combat risks that arise before them. If we expect a revolutionary situation, dealing only with theory, conversations and disputes, albeit “giving birth to truth”, we will not be ready to “saddle the wave” of a new, spontaneous rebellion generated by the revolutionary situation - “when the lower classes do not want, but the tops cannot ...”. That is why it is necessary to focus on the possibility of participation in the urban "guerilla", or in a large-scale battle against the forces of capitalist reaction. In our internationalist revolutionary social-communist movement - part of the Network Stakes, based in the South Caucasus, Lebanon, Nicaragua, Honduras, Peru, Indonesia, Slovakia, Greece, Austria and Ireland - have the opportunity and organize training field military camps. We need to be guided by their example, preparing ourselves as a unit of the revolutionary combat movement. At the same time, we need to remember what our comrades from the South Russian network rates of the SOUTH-EAST STAR suggested to us: in training situations, we “fight” with comrades. Our "opponents" and we are conducting a "battle" according to a single tactical scheme. It's unavoidable. But in a combat situation, we will encounter a different tactical scheme. The combat situation poses a new, sometimes unexpected opening, for the future revolutionary volunteer fighter. First of all, we are talking about tactics. It is necessary to unravel it, understand any balance of power of the enemy, and, having found a counter-technique, impose its tactics on the enemy. Because it will be a deadly battle, and in the class battle that has begun, one of the parties will either defeat the other or die. Therefore, every revolutionary fighter must understand that his task is not only to take part in this battle, but also to survive, if possible, to move on. And this prospect - either to win or die - will require a very high level of personal, intellectual development, and a very high level of self-sacrifice, since everything is at stake in class battles: either we will not be able to stand up to the gradually weakening in the constant pursuit of profit, but still a very strong capitalist ruling elite armed with ultra-right-wing defensive forces, crushing us all the forces of repression that are in the arsenal of each state, and then everything will be over. Or we, the new revolutionary forces, the Forces of the Future, will still win, even if the struggle is very long and bloody. As they spoke about the representatives of the collapsed imperialist and fascist reactionary forces helping the Franco rebels to fight with representatives of the Spanish Republic, NO PASARAN!