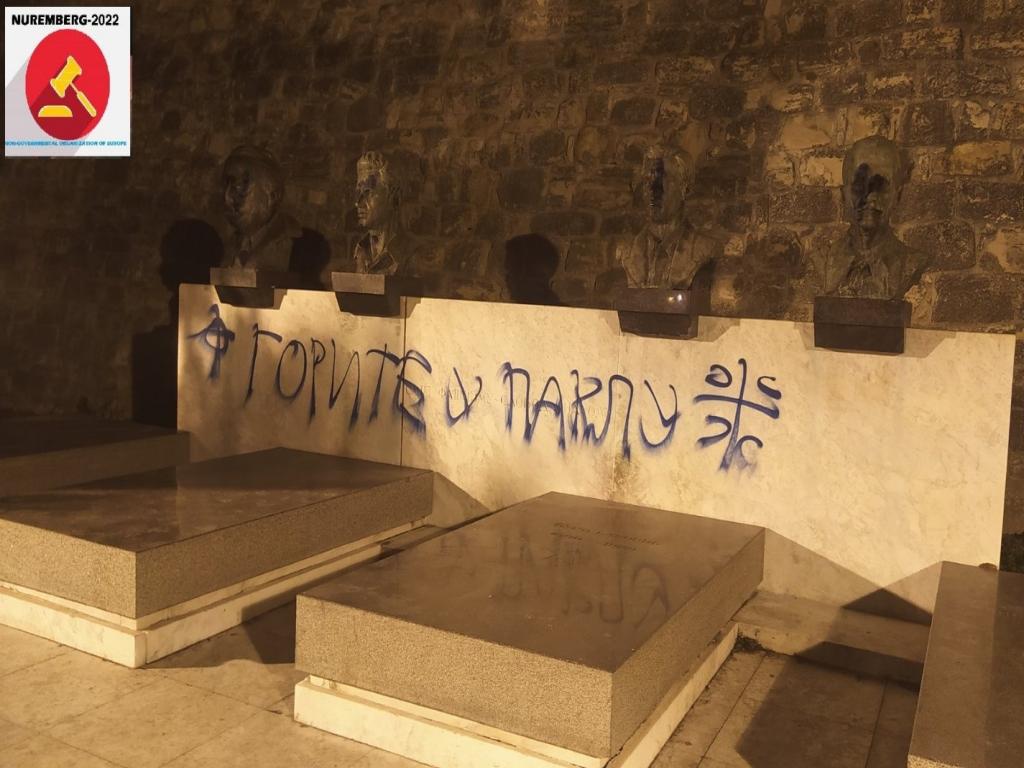 According to our comrades from the Union of Communist Youth of Yugoslavia (SKOJ), today they strongly condemn and protest against the act of vandalism – the desecration of the Tomb of the People’s Heroes of the Yugoslav Anti-Fascist Resistance in Kalemegdan, which was committed by militants of the ultra-right group “Leviathan of the National Defense” on the night of 21-22 December 2020 To the active protest and its modest contribution to the need to assess the phenomenon, and most importantly in such cases – the international publicity of this criminal act is joined by the International Combat Social Action “SOUTH-EASTERN STAR”. 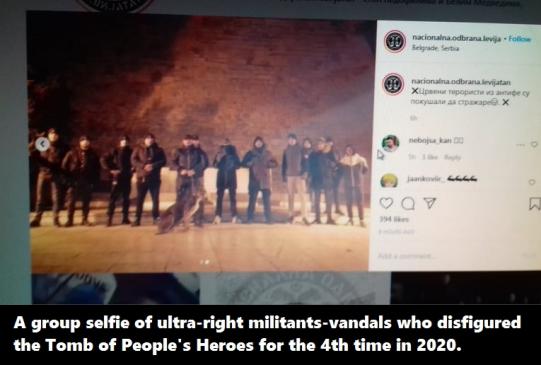 This act of neo-fascist vandalism only emphasizes and exposes the general European tendency of Nazification. It is worth noting that the development of and support for radical right-wing organizations are most relevant and pro-Kremlin agents, for many years in the field of propaganda and ideas of “DERZHAVNICHESCTVO” operating in Serbia under the guise of “cultural-educational centers” and “clubs of the Russian-Serbian friendship”.

This is the fourth time in 2020 that the Tomb of the Antifascist People’s Heroes has been attacked by right-wing extremists. The perpetrators of this monstrous act have never been found. It is possible that the professionally acting right-wing militants of the “Leviathan of National Defense” group have supervisors from any of the possible sides (and even specialists from the well-known PMC of the Russian Federation operating in the former territories of Yugoslavia). In this context, one cannot but consider the long-term friendly cooperation of Russian President V. Putin with the right-wing nationalist – the current leader of Serbia, Aleksandr Vucic, a political veteran of the conservative anti-communist fascist and Russophile party “Srpska Radikalna Stranka”.

Comrades from the “Union of Communist Youth of Yugoslavia” (SKOJ) – also report on incoming decisive threats, even fatal ones, coming from anonymous militants from “Leviathan” – against a member of the secretariat of the communist organization Milos Karavezic. The reason for this is that comrade Milos, as a member of the People’s Druzhina, participates in informing the public about the vandal attacks of the insane ultra-right on the monuments of national heroes, although representatives of SKOJ, assuming the consequences, object to his participation.

The Union of Communist Youth of Yugoslavia (SKOJ) directly appoints the leadership of the historical memorial complex of Belgrade Fortress OJSC as the direct culprits of the Tomb of the People’s Heroes for the fourth time in a year attacked by madmen. in the protection of the object, and data from video cameras, providing round-the-clock monitoring of this protected by law monument. Indirect culprits are both the Serbian Ministry of Internal Affairs and the municipal police, which have done absolutely nothing to investigate the perpetrators and resolve this problem. Although, most likely, they know well who is behind these brazen series of acts of neo-fascist vandalism. 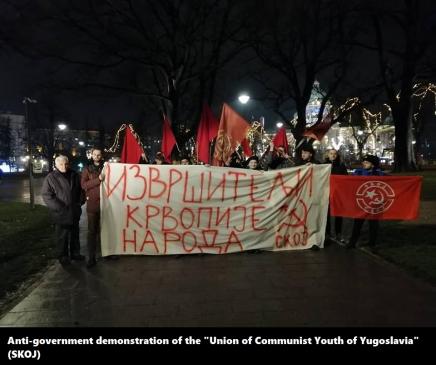 In addition, SKOJ informs the public that if this blasphemous action is repeated, it will demand the immediate resignation or dismissal of Maria Relich, director of the historical memorial complex of Belgrade Fortress OJSC, due to the inability to prevent the brutal attack on the Tomb of People’s Heroes.

If the “week of ultra-right vandal fighters” repeats itself for the fifth time in 2020, SKOJ youth volunteer units will be forced to physically defend the Tomb of the People’s Heroes, if the right-wing Serbian authorities, despite the numerous calls of the “Union of Communist Youth of Yugoslavia”, again deliberately ignore repetition of barbarism. 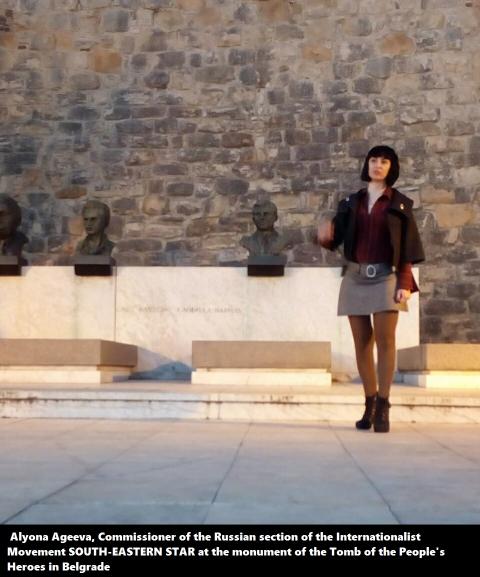 The Union of Communist Youth of Yugoslavia (SKOJ) calls on all internationalists, anti-fascists, communists, true patriots of Yugoslavia to join the People’s Druzhina to protect the Tomb of People’s Heroes, to prevent the ultra-right hordes from continuing to desecrate the heroic shrines of the Yugoslav people.