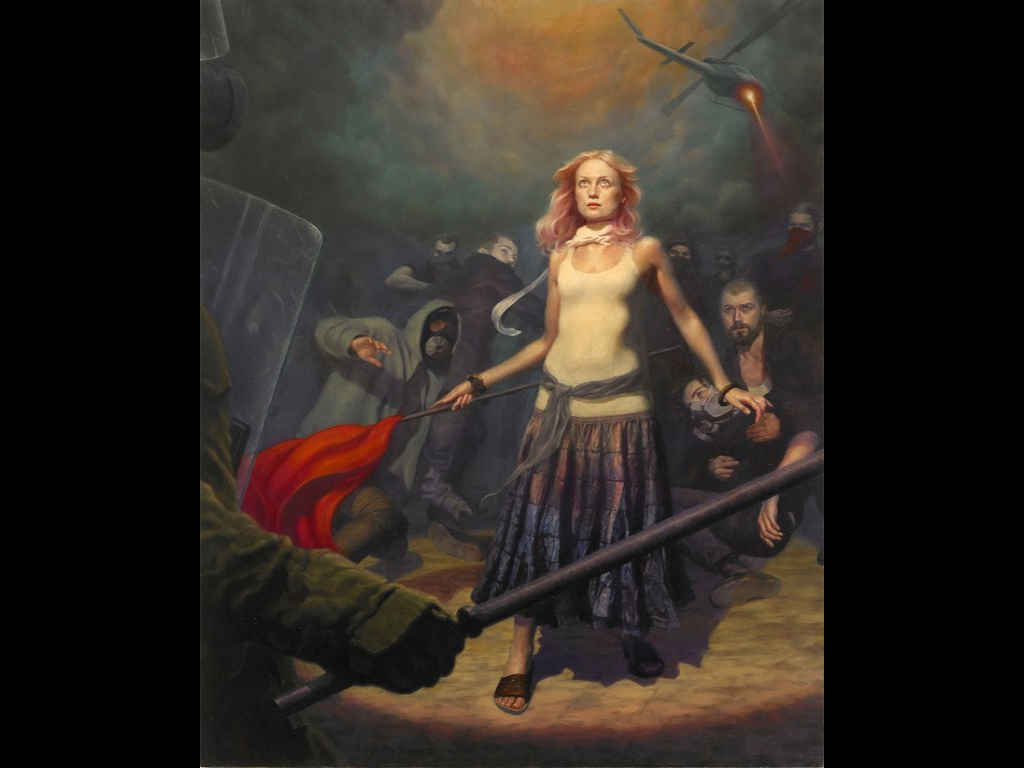 LEFT ERRORS AND HOW TO GET OUT OF THEM

I think about one phrase thrown recently by one very good friend, leader of one of the modern left movements – “We must take power!” … I did not answer anything there, then, but I want to write here. Many will see this as another attack on the Russian “leftists” (to whom I myself, to some extent, apart from the fact that I represent the Internationalist movement), but I still would like my messages to be perceived as comradely advice, and not as a blanket criticism from the outside.
My first “attack” on the left movement consisted in denouncing the adherence to the “anti-Putinism” complex, thrown into the “red” masses, through false figures, straight from the quasi-ideological laboratory of scientific-bourgeois sutures from the Administration of the President of the Russian Federation. “Anti-Putinism” as an information virus struck the brains of a large part of the protest movement of the Russian Federation, replacing the class consciousness and basic philosophical revolutionary paradigms, categories, mixing the movement with dirt (liberal democrats, neo-Nazis, etc.), putting this ridicule on the blue screens. The result is the discrediting of protest movements, internal splits and other results of the set goals.
At once I will make a reservation, – to homophobes in our ranks, – not a place! But…
The second my “attack” on the left movement was connected with the same discrediting project implemented from the outside – “red”, pacifist, human rights-zoophilic ones joined the red banners. When I wrote “LGBT away from the left movement!”, My friend’s cleared of 18 people and I was banned in five groups and communities. I was sincerely glad, I admit. This is again a project, again a discredit. My words were not directed against the freedom of the individual to his personal choice, I’m not against the participants of the movement with easy sexological pathologies at the rally, among others, but not in intelligence, or on barricades, or in the mountains they do not take. And the Revolution is not a media campaign or demotivators in the network – it’s a strong psyche, strong hands, the smell of gunpowder and blood, broken bones and lives … And most importantly, LGBT is an international capitalist postmodern project, actively compensated by the funds that us all , comrades, dream to see in the coffins.
My third “run-around” is caused by the slogan “All power is left-handed!” For which, accordingly, the participation and control of the “downloaders” and “investors” will be required, which, in the end, will rule you as they want, but in the right the moment will be turned into cannon fodder.
The protest movement in Russia, in order to save itself as a socially active species, must get rid of two complexes:
1. “Orientations to power”, from vertical tactics, going from the bottom up, which ends in a lightning and tragic manner;

2. The limitations, the internal isolationism that will inevitably lead you into traps and the “warm embrace” of those with whom you fight and, the most tragic-comical, you fight on the terms of the Enemy and solely on its means. It will be late to “rock”, when you finally know that you fought on the strategy written by your Enemy, your revolutionary will was only an option for the next project from above or from outside …
I say all this on behalf of those people who act and will act, solely because the issue has matured. We will never admit to ourselves “customers” and “investors”! Our actions are directed towards the Enemy, without taking into account the boundaries, because for the Enemy they never existed. Only the international movement is capable of radical changes in the world, not predicted by the Enemy.
We know and can seriously break into the processes, break the atom in its direction – without a single grant and investment. Simply capitalized consciousness dazzles the intellect and dulls the dialectical generator of the person playing (homo ludens). And in this plasticine “battle of the Titans” many have forgotten their radical humanistic role in the direction of the processes.  Everything turned out to be much easier than we piled ourselves once …
The problems of any protest movement, or, in other words, the “fifth column”, the “velvet underground”, etc. are in the complex “power is not power.” This is the Augsburg chalk circle, from which an unfortunate ant can not escape.
Power, Capital can not be captured without being absorbed by them, deciding that you destroyed it. Here there is a completely different secret, by which all sober and frisky people pass stubbornly, not noticing, fixated on the fact that “Power” (this coveted object, covered by the most noble access to the instrumentation of ennobling reality) is not Power.

Network Commissar of the