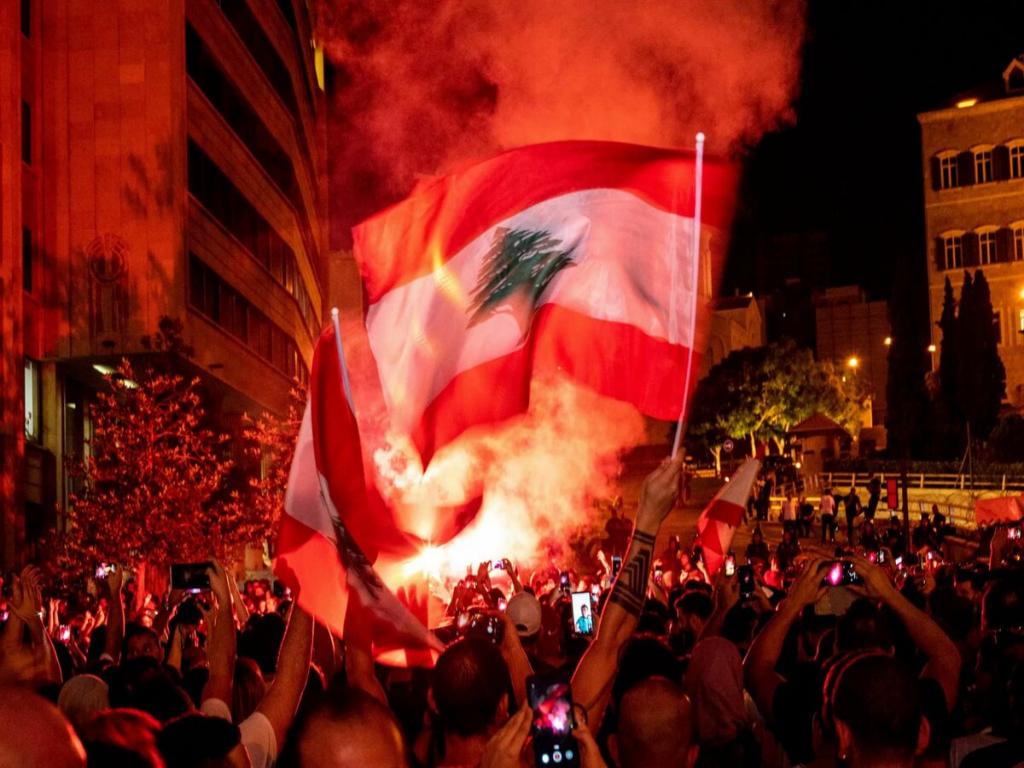 The mega explosion in the seaport of Beirut on August 4, 2020, further damaged the appearance of the long-suffering city: almost half of it was destroyed. 176 people died, it is not known how many are missing, and more than 300,000 people were left homeless. The hospitals quickly overflowed. The Lebanese say it was the explosion that brought the Revolution back to the streets.

The investigation into the perpetrators of the explosion in the port has not been completed. However, the population is well aware that storage of 2,750 tons of ammonium nitrate somewhere in the bowels of the airport for seven years would hardly be possible for intruders-strangers. The threads of the investigation will be drawn to those who are related to the administrative resource of the state, to the possibilities of the political regime and its bourgeois political parties.

On Saturday 8 August, thousands of people marched to Martyrs Square in downtown Beirut to demand the overthrow of the regime. The police and army prevented the seizure of parliament by using heavy artillery fire in the operation. However, in response, the people seized three ministries and the headquarters of the Association of Banks, devastating everything possible.

Prime Minister Hassan Diab resigned on Monday 10 August. This could be called a victory, but the fall of the regime is still a long way off. Hassan Diab’s departure is more reminiscent of maneuvers undertaken on the advice of the curators. This is a familiar style – to force someone to leave a high post so that the people will see that the shortcomings of the government (and not the “regime”) are the wrong recruitment. But in reality, such steps are being taken to pacify the crowd, gain time, and build up order in the federal forces to guarantee further and more successful support of the ruling regime – this is the main goal of the Lebanese bourgeoisie and its sectarian political parties.

On Tuesday 11 August, demonstrations and violent unrest in Lebanon continued. One of the slogans – “The people want the fall of Michel Aoun.” But the President of the country said that he would not resign in any case: “resignation is a matter of weak rulers”. 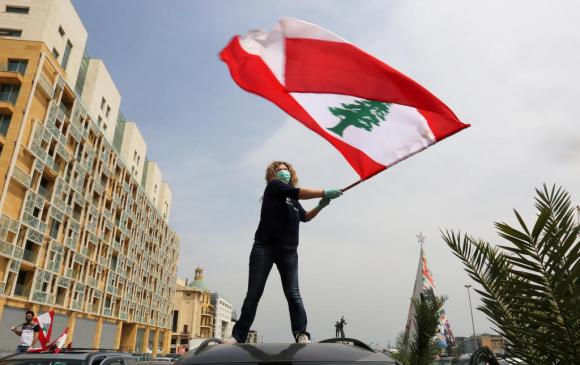 Michel Aoun – President of Lebanon, Catholic Maronite, consistent supporter of conservative bourgeois nationalism. As a member and one of the leaders of the reactionary ruling party Free Patriotic Movement, whose ideology is based on liberal conservatism and civic nationalism. Despite its ideological religious-Maronite vector, the party of the ruling class FPM fully supports the Sunni Muslim Prime Minister Hassan Diab, the de facto dictator-ruler of modern Lebanon.

Already two days after the explosion, on August 6, French President Emmanuel Macron visited Beirut with offers of help and support. Why exactly was Macron sent? In the form of an apologetic gesture of the former imperialists to the people of their once their own colony, robbed by all means? Hardly. The reasons are pragmatic, as always. After the failed policy of “maximum pressure” by the United States to remove Hezbollah from power and resumed relations with Israel, now it was Macron, represented by France, who had to play his role – the role of the spokesman for neo-imperialist interests. Speaking to the media, the French President promised to provide Lebanon with large-scale humanitarian and financial assistance. It is curious that it was decided to send with statements Macron, who is seen by many as a kind of virtually intangible political “actor” of the modern “society of the spectacle”, with which the ruling world elites and national states have long since replaced real social and political life. After the positive part of the speech, the President of France, apparently empowered by the transnational capitalist class behind him (TCC, – this name is more suitable for the multi-scale representatives of the transnational business elite, and has long been accepted in the anti-cap press), Macron explained, Lebanon will be able to receive an international assistance to restore the seaport under certain conditions. Since, according to the interests of the EU and the IMF, aid measures will not give anything without a series of democratic reforms proposed by him in the country. French President Macron, a puppet of the TCC, one of the thousands, behind which are the interests of global banks, TNCs, the IMF, “demanded”, in the form of government reforms in Lebanon, a reduction in government spending, an increase in electricity prices, as well as – the privatization of the entire Lebanese economy (of course, in proven and skillful private hands).

Everything voiced by Macron was imagined in advance by the popular political activists of Lebanon, who stand in opposition to the current bourgeois-sectarian regime of the country. What does the huge national damage to Lebanon after the burned-out seaport of Beirut have to do with the proposed political reforms, thought out in such a way that there was no reform itself, by default, but there would be a political facade of Lebanon, looking a new way after the “cosmetic repair”? The main thing is that the neo-imperialist forces have all the previous, and even improved, opportunities to rob this country. And this is precisely what is unacceptable for the working class living a miserable life and for the rest, absolutely deprived of all prospects in life except direct survival, of the masses of the Lebanese people.

Let us allow ourselves in this article, nevertheless, to outline the workers’ and People’s Revolution that lasted shortly since October 17, 2019 in Beirut.

On October 17, the working class and the Lebanese people took to the streets, demanding an end to the sectarian regime. The disproportionately high tax on WhatsApp messaging, which angered the people, was a drop of the sea in the failure of the capitalist regime, which cannot provide water and electricity around the clock, or even organize garbage collection.

The economic situation, against the background of which the contours of the coming revolution appeared, was a whole tangle of socio-political failures, mistakes and crimes of the ruling class against its people. Let’s look briefly at the history of the country. So, to understand the current situation, – its historical roots and contradictions associated with the same sectarian regime in Beirut. Political realities that make up almost a century and contradictions. 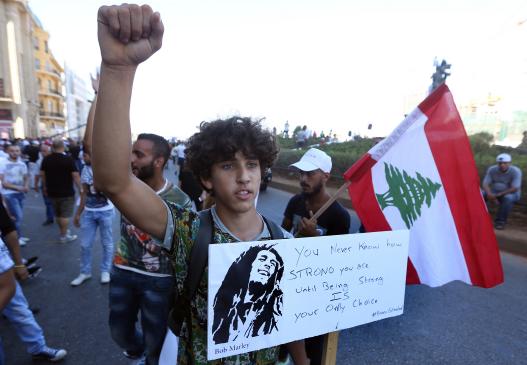 French colonialism of the depths of 1926, was able to set a general tone and establish a political model that was generally valid in time, which suited both the French bourgeoisie and the financial foreign commercial companies that approached it, rapidly, through the constantly occurring redistribution of property, forming the future core of TNCs. At the same time, it is worth recalling one in this case, an economic Marxist maxim of no small importance, proven by history. It consists in the fact that the redistribution of property consisted, in fact, in economic absorption, “eating up” of small and medium-sized, but weakened commercial structures – by the general “friendly” efforts of the stronger ones, as they said earlier – “Shark Capital”. In this way, the core of the most powerful financial players on the planet gradually crystallized, gradually creating transnational corporations, uniting in a kind of business international.

From representatives of the nucleus of transnational corporations, to which the interests of national business clans are drawn, sometimes becoming in contradictions, for a long time, through forceful selection, TCCs were formed. But let’s get back more specifically – to Lebanon in those years. His political regime at the beginning of the twentieth century. was founded on the French representatives of the TCC behind the local politicians, and then it was based on political representation – 18 religions (denominations, sects, etc.) recognized by the state. The Lebanese parliament and government consisted of representatives from each of the religious sects. The main bourgeois clan families head large sectarian political parties and divide the state apparatus and government groups among themselves.

In the midst of the revolution, or rather, even earlier, it was necessary to create a popular new revolutionary party, completely independent of the sectarian regime and its bourgeois parties, in order to fight for workers’ and people’s power in Lebanon, in solidarity with the Palestinian resistance and revolutions in the Arab world. The participants themselves – activists of the Lebanese revolution consider their particular weakness – the absence of workers’ organizations capable of then becoming the head of the people’s power. This is a necessary condition for a successful revolution, which V.I. Lenin, creator of the October Revolution in backward monarchist Russia.

After all, representatives of a larger mass of local youth – a low social stratum that did not have social lifts, were mostly unemployed and did not have the slightest hope of finding a job, were forced to constantly emigrate – to more prosperous countries in search of work. What, besides a popular organization, united and organized, can stop the migration of youth?

Today, with more than half of Lebanon’s population living below the poverty line, bourgeois members of the so-called middle class have sent overseas a total of $ 21 billion, suggesting that they are not interested in change in their country. Currency in Lebanon has depreciated by 80%, while financial banks are restricting individuals to withdraw funds. For a long time, in order to maintain the “seething cauldron of popular discontent” in a certain mode, the model approved by the TCC operated without errors – taking internal and external measures, depending on the socio-political mood of the masses. But something in this mechanism is clearly malfunctioning.

This spontaneous popular revolution was unexpected for knowledgeable political technologists – an absolute novelty. About two million protesters in a country of six million, two million of whom are Syrian and Palestinian refugees. In addition, the entire population resorted to participating in mass protests, outside the framework of their religious distinction. 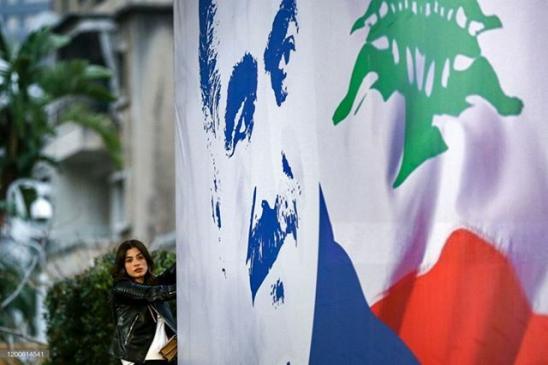 However, for the revolutionary reconstruction of Lebanon, radical measures are now needed, such as the expropriation of the property of the families of millionaires who have already sent about 21 billion US dollars abroad … We need a revolutionary nationalization of banks and enterprises. The working class is the only one who is interested in carrying out these measures against the ruling capitalist class.

The revolutionary movement of Lebanon needs today to integrate into the active internationalist communist structure tested over the years.

The absence of a unified revolutionary party with a well-developed program strategy is the greatest weakness of today’s Lebanese people’s revolutionary opposition movement; disorganization, lack of a unified coordinating command center, is a weakness and an unforgivable prolonged mistake, which is adequately and critically assessed by many active participants and fighters for popular justice in Lebanon.

Lebanon has a great Marxist tradition represented by various socialist and communist parties that gained strength in the 1970s thanks to the Palestinian left, as well as intellectuals such as Mahdi Amel. However, the main leftist party, the Lebanese Communist Party, became a systemic appendage of the bourgeois Hezbollah party after the end of the war in 1990, which proved to be an important hindrance mainly after 2005, after the expulsion of Syrian troops from the country.

Down with the bourgeois-sectarian regime of modern Lebanon! To power – representatives of the Working class and the oppressed agrarian majority!