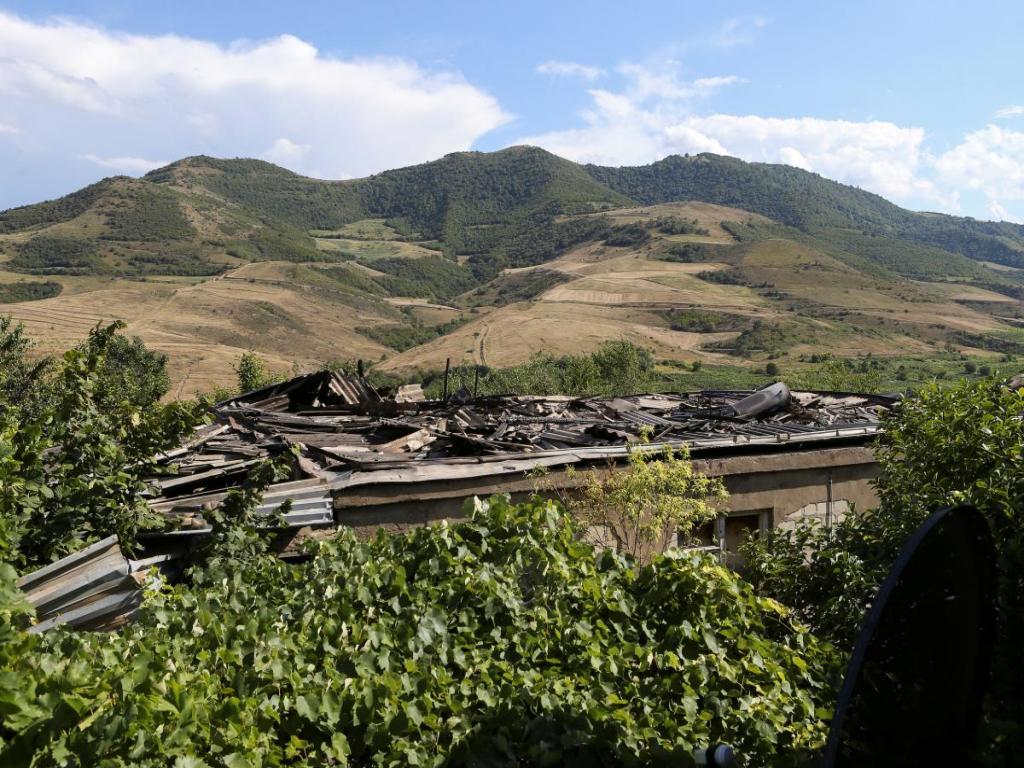 On September 30, the editorial board of “WORKER CONTROL” became aware of the arrest of the Azerbaijani anarchist Giyas Ibrahimov after the publication of an anti-war post on the wall in a social network. According to the telegram channel antifaua, one of the security officials who detained him was in civilian clothes and introduced himself as an officer of the State Security Service of Azerbaijan.

At the moment it became known that Ibragimov was released two hours after the arrest. The official reason has not yet been named. In this regard, we express our support for the anarchist Giyas Ibrahimov and call on the working people of Azerbaijan to support him in the fight against the imperialist war.

The editorial board of “WORKER CONTROL” believes that Azerbaijan’s military adventure is revanchist in essence and runs counter to the interests of the working class. The conflict between Armenia and Azerbaijan, as well as between Nagorno-Karabakh / Artsakh and Azerbaijan, can be resolved only by putting forward a class agenda and rejecting the paradigm of peoples’ confrontation.

Since September 27, the conflict between Nagorno-Karabakh and the Azerbaijani authorities has reached a new level. The episodic skirmishes were replaced by a large-scale offensive (or counter-offensive) of the Azerbaijani armed forces.

It doesn’t matter to us who started this war first. According to Armenian media and Nagorno-Karabakh officials, the first shots were fired by the Azerbaijani army; according to the Azerbaijani authorities, the Karabakh side began shelling Azerbaijani settlements an hour before the massive response from the Azerbaijani army. Provocations on both sides and skirmishes have been going on since the July escalation, and any action could have given rise to an asymmetrical response.

The economic background of the conflict is more important. The diversification of gas supplies for Southern Europe has been going on for a long time, and now it is planned to complete the construction of the Southern Gas Corridor gas pipeline along the Stepanakert-Yerevan line. As a result, the Shah Deniz-2 field on the Azerbaijani coast will be linked to consumers in Southern Europe. According to EADaily, the gas pipeline’s capacity will be 10 billion cubic meters of gas per year; for comparison, the volume of supplies of Gazprom to Europe is 200 billion cubic meters per year. Completion of this gas pipeline will run counter to the interests of the Russian “National Treasure” and will reduce its profits, although it will not knock the company out of the European market.

From the point of view of the interests of Azerbaijan and Turkey, this gas pipeline should be built on the most favorable conditions for them, and for this they need a “small victorious war” and forceful imposition of their terms of completion on Stepanakert and Yerevan. From the point of view of Gazprom’s interests, this gas pipeline should never be completed, therefore the war should drag on as long as possible, along the way giving an excuse to distract the working people of Russia from the deepening crisis. From the point of view of the interests of the working people, the gas pipeline should be built as a large energy infrastructure facility, which will become a growth line for industrial enterprises, the development of which will lead to the numerical growth of the working class, an improvement in its positions and great chances to seize the initiative in the class struggle, and to complete such the object needs peace.

We are resolutely opposed to the artificially imposed choice between Nikol Pashinyan and Ilham Aliyev. We are against the imperialist war. We are against the implementation of the interests of local elites by the hands of the best representatives of the working people. We advocate that people who today are ready to shed their blood for someone else’s selfish interest, tomorrow there will be an understanding of their interests. We stand for workers ‘self-organization in the localities for the sake of realizing the workers’ own interests. In a difficult crisis moment, it is in your interests to seize power on the ground and start a new life that will depend on you, for your own sake.

Workers, don’t shoot each other! May your determination to go to the end serve the cause of your class, and not a handful of exploiters! Let your weapon protect your peaceful labor!