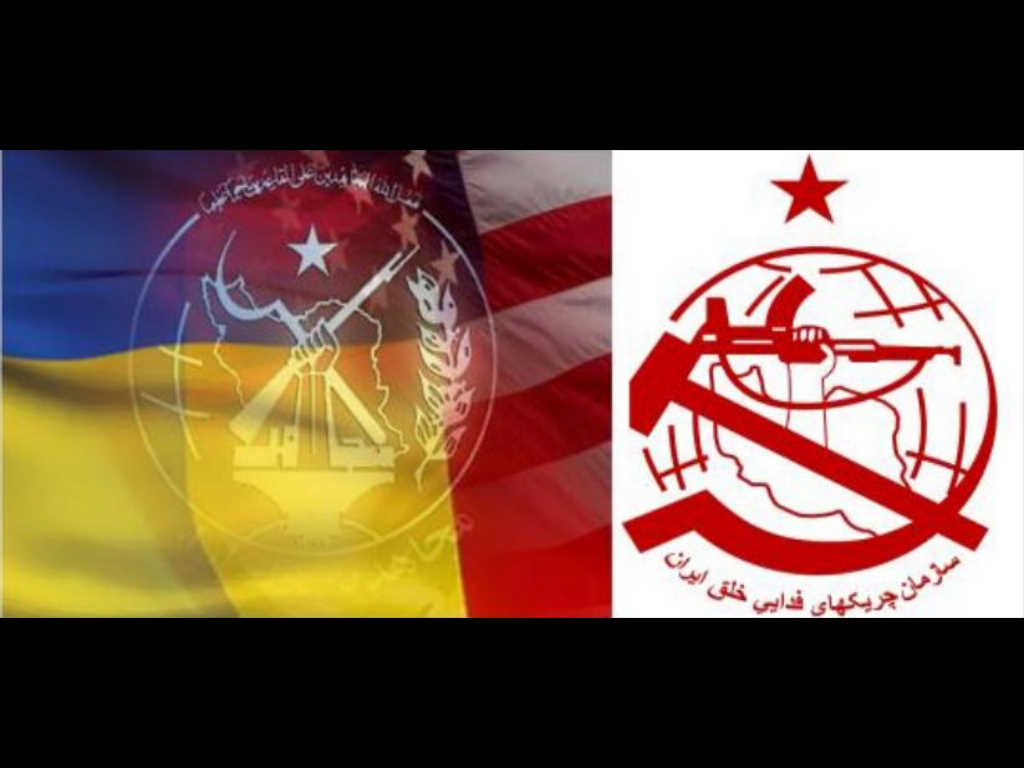 Anticipating a historically significant statement of the two resurrected legendary progressive truly revolutionary organizations of Iran, we consider it necessary to inform the operating information transmitted to us of the Union of Communist cell of Isfahan, headed by Commissioner Comrade Taymori: partisans-Fedayeen, whose veterans of the militants settled in the moment in the countries of southern Europe and the American continent, outside the territory of Iran itself (where only is their underground command control) having gathered a possible economic resource, they are already mobilized, coordinated and ready today, in the very next few days, with the maximum human contingent-to go to the territory of the Boliviriano Socialist Venezuela to provide combat support to the non-governmental revolutionary people’s militia Tupamaro in their struggle against the upcoming on the 20th of February this year, the interventional international capitalist invasion of the country of Simon Bolivar and Hugo Chavez and, finally, the elimination of the internal enemy in the face of right-liberal, well-organized and externally funded anti-chavista opposition in the person, first of all, Juan Guido, Leopoldo Lopez and Henrique Capriles Radonski. 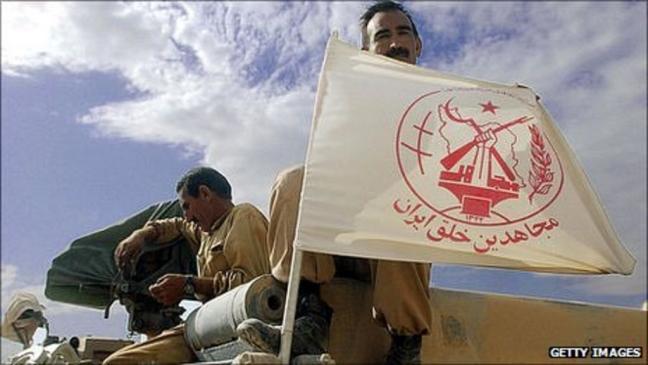 The Iranian socialist people’s party “TUDE” and the organization the FIDAIN GUERRILLAS of the IRANIAN PEOPLE, United for the first time in history-in a single Revolutionary impulse, today declare:

“We raise our voices, and if necessary – our guns and bayonets, from our 40 – year-old Iranian underground AGAINST the neo-colonial us intervention in the Affairs of the sovereign Republic of Boliano Socialist Venezuela! We, the representatives of the Party “Tude” and red soldiers-Fedayeen, closely following coming from Venezuela message on the coordinated attempts of the us administration and its regional allies in Latin America to undermine the legitimately elected by the people of Venezuela, the constitutional government of the Bolivarian Republic of freedom. According to recent events, which we have become aware of, the “architects” of the new coup attempt proclaimed the press Secretary of the right opposition-still relatively little known among Venezuelans Juan Guaido the “new President of the country”, and began steps to create “legitimacy” for the us sponsored puppet “new presidential administration” of Venezuela.

At the same time, a number of right-wing governments in Latin America, including Brazil and Chile, recognized the putschist frontman as a legitimate President, immediately after his proclamation as an opposition alternative to incumbent President N. Maduro. This fact clearly highlights the external sources of the attempt to make a disastrous civil split in Venezuelan society, with the aim of another in the world, undertaken by the order of Washington, the change of the regime that he does not like to the controlled, puppet regime. As you know, Venezuela is a country extremely rich in natural resources and minerals, especially oil fields and reserves. This explains the destructive for the society of the Bolivarian Republic, constantly undertaken and intensified to its apogee the destructive actions of American imperialism he and his masters supranational TNCs and the IMF have long and passionately interested in returning the world capital full control over Venezuela, imposing its people neo-liberal “democratic” political system of government, as in other us-controlled countries in the region.

When Hugo Chavez took office in 1998 as President of Venezuela, he made a decisive change in the socio-political and economic situation in Venezuela. The Declaration of Venezuela as the Bolivarian Republic of, and then the country in which socialism of the twenty FIRST century is built, allowed the government of Chavez to pursue a policy of protecting the rights, dignity and independence of the people, liberating the bowels of his country from international capital, from foreign economic aggressive policy. The fact that a coup attempt has now been made again is not a surprise, since these steps of the enemies of Venezuela were prepared consistently and thoughtfully. Thus, their last move, in the form of the introduction into the “game” of alternative President Juan Guaido and the recognition by his Venezuelan President of a number of international organizations and Latin American States, neo-liberal or right wing governments that do whatever their “big brother”-in our opinion, is the culmination of a number of carefully thought-out, destabilizing the country, covert-provocative and frankly punitive measures taken by the United States (and obedient to them by the government of Colombia) in relation to Venezuela over the past two decades. The imposition of severe economic, banking and monetary sanctions by the United States and its allies has seriously undermined the Venezuelan economy and caused social anxiety and popular panic, which can easily be redirected to protest unrest against the government. A variety of economic sanctions imposed by successive us administrations have directly led to hyperinflation and a large shortage of basic commodities. This huge crisis of Venezuela, which has had a serious impact on its internal situation and on the lives of the population, combined with the “immediate recognition” of the self proclaimed Venezuelan opposition of H. Guaido “the President”, the us government, part of the international organization and a large number of Latin American countries dependent on TNCs and WWF and leaves no room for doubt about the United insidious plans against Venezuela, with a clear goal-the transfer of the country’s natural resources under the control of North American and British capital.

We, the representatives of the Iranian People’s Party “Tude” and the Red fidain fighters, who have existed for more than 50 years and have a great experience in the struggle for people’s justice and social change; The struggle, accompanied by the persecution of reactionary fundamentalist forces and imprisonment, declares: If the progressive international community does not unite in protest against the policy of interfering in the affairs of the independent people of Venezuela, when international capital seeks to bring it to its knees, affairs of a sovereign country can become the norm, the model of behavior used by the imperialist neo-colonial system to form of World Order in accordance with its priorities and hegemonic interests. 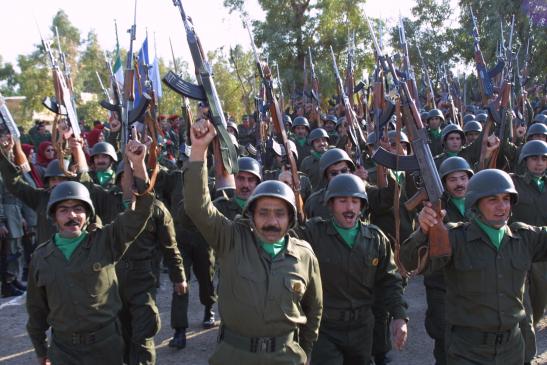 Our organizations, both Tude and the Fidainit Armed Militia, are now uniting in an international protest against attempts to suppress the freedom of the Venezuelan people defending the gains of their Revolution! We also believe that the unification of our voices and guns – in support of the Venezuelan Revolution, emanating from the two Iranian socio-political popular resistance movements – the Tude Party of the People and the Fidayinites, among whom there have always been political, ideological and strategic differences – has a very important socio-political aspect. Regardless of our differences on the internal methods of resistance, we are united in the cause of international solidarity with the working people of the revolutionary nations fighting for their freedom in any part of the world! We demonstrate a unified anti-imperialist position of two different, in relation to the methods of dealing with the internal forces of the reaction of socio-political organizations and movements, in a single rush expressing a joint statement in defense of the sovereign freedoms of the Bolivarian Socialist Venezuela.

We strongly condemn the grave violation of international law and the UN Charter by the United States and their reactionary allies, their attempts to undermine the rule of law against independent Venezuela. Modern imperialist forces, waiting for a pretext for armed intervention in the territory of an independent Latin American country, should be aware that the peoples of different countries of the world are ready to protest against their unlawful interference in the internal affairs of an independent country. We declare our solidarity with the people of the Bolivarian Republic of Venezuela.

We believe that the policies and actions of the US administration and its allies, who once again united, as in the days of the Cold War, to interfere in the internal affairs of the objectionable “regime” of the Venezuelan President N. Maduro are illegal and criminal! The Iranian Tudeh party also declares its solidarity with the Communist Party of Venezuela and all the Chavistic popular forces that defend and defend the sovereignty and independence of Venezuela. Only the Venezuelan people themselves have the right to decide the question of the political order and the future of their country. ”