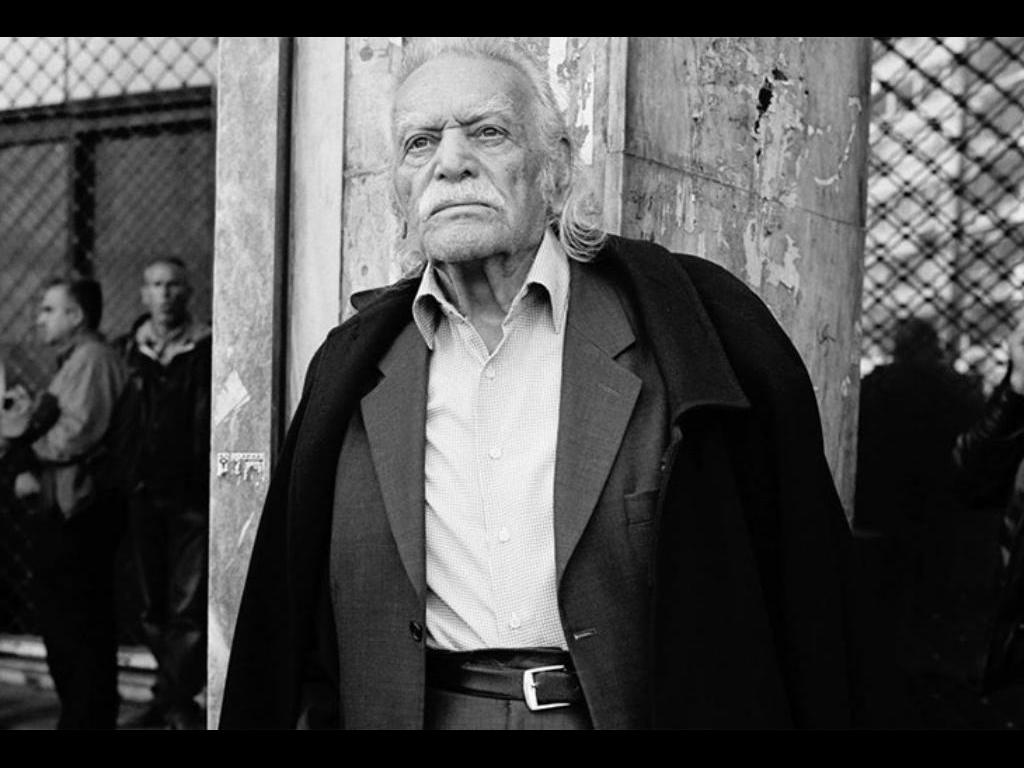 On Wednesday, April 1, 2020, the Greek flag on the Acropolis Hill was lowered on the day of the funeral of Manolis Glezos, the largest socialist Greek Resistance figure and archon of International Antifascism in the 20th century. 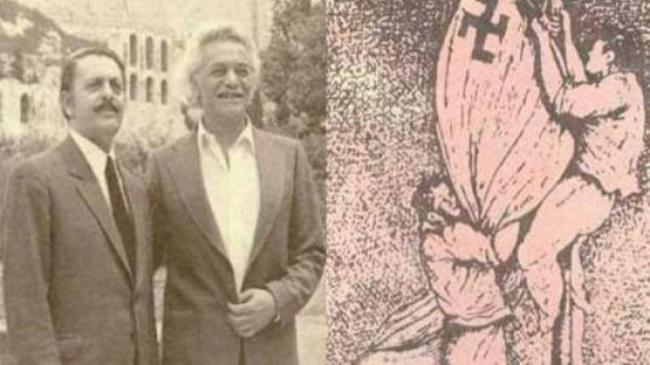 Glezos played a major role and became a symbol of the Greek Resistance against the Nazi invasion in the 1940s, when Glysos with his companion Apostolis Santas approached and overthrew the swastic symbol of Nazism, erected by the invaders over Hellas. Glezos was repeatedly arrested and tortured after joining the Greek Resistance.

Hitlerites in absentia sentenced Glezos and Santas to death. On March 24, 1942, Manolis Glezos was arrested by German police and tortured in prison, as a result of which he contracted tuberculosis. The Nazis released him from prison, but on April 21, 1943 he was already detained by the Italian occupation forces. After 3 months in prison, Glezos was released. On February 7, 1944, he was again arrested – this time by Greek collaborators. On September 7, he managed to escape.

Since the liberation of Greece from the occupiers, Manolis Glezos became the editor (and since 1947 – the chief editor) of the printing organ of the Communist Party of Greece – the newspaper Rizospastis. On August 10, the newspaper was closed, and on March 3, 1948, Manolis Glezos was arrested and sentenced to several terms. He was first sentenced to death in October 1948, and on March 21, 1949, was sentenced to her again. However, public protests forced the authorities to replace the death penalty of an anti-fascist hero with life imprisonment. While in prison, Manolis Glezos was elected to the United Democratic Left Party (EDU) on September 9, 1951, but authorities canceled the mandate.

In 1958, Manolis Glezos was arrested along with several colleagues on false charges of espionage in favor of the USSR. In July 1959 he was sentenced to 5 years in prison and 4 years of exile, but in 1962 he was released under pressure from the international community. While still in prison, in 1961 he was again elected to the Greek Parliament, but the mandate was canceled for the second time by the authorities. 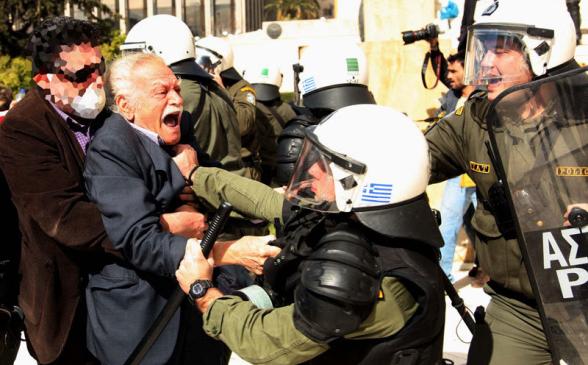 In 1967, Manolis Glezos was again arrested on the night of the military coup d’etat of the “Black Colonels” and spent 4 years in prison. After the restoration of democracy in Greece, Manolis Glezos began to revive the EDA party. In 1981 and 1985 he was elected a member of the Greek Parliament, and in 1984 he also became a member of the European Parliament (according to the list of the pan-Greek socialist movement). In 1985-1989 he headed the EDA, which became closer to the party Coalition of the Left and Progress (Sinaspismos), which in 1991 was transformed into a single party.

In 1986, he voluntarily left the European Parliament to start a project on the implementation of direct democracy and socialist local distribution. Glezos retired to the native island of Naxos, where he was elected chairman of the local council of the village of Apiranfos. He managed to replace the executive branch of the local administration with an effective decision-making mechanism by all residents of this community with a population of 1,100 people. As a result, a university, a weather station and four museums (geological, archaeological, natural history and folk art) were opened in the village. However, the experiment was thwarted by the efforts of the central authorities, reassigning Apiranfos to a larger administrative unit – the local municipality. The latter closed the weather station and two university branches.

In the 2000 parliamentary elections, Manolis Glezos topped the list of the left-wing Sinaspismos party. In 2002, he founded his own political association, Active Citizens. The pre-election union of left-wing radical forces outside the KKE, formed around it in the 2002 local elections in the hypernome Athens-Piraeus (Attica administrative district), won 10.8% of the vote and 4 seats in the municipality. In 2004, Active Citizens, led by Glezos, joined the ΣΥΡΙΖΑ Coalition of Radical Left (SYRIZA) along with Sinaspismos, as well as a number of smaller parties of the European Communist, Left Socialist, Trotskyist and Maoist persuasion.

On March 4, 2010, Manolis Glezos participated in a protest demonstration in Athens and suffered from the actions of policemen using tear gas. The gas hit Glezos, who was trying to stand up for his young comrades, right in the face. The 87-year-old veteran of the liberation struggle received burns to the cornea of his eyes and subsequently delivered a lecture at the police academy, urging security forces to abandon the use of tear gas against their own people.

In 2014, he was elected from SYRIZA to the European Parliament. After a few months, he refused the mandate. In the elections to the Parliament of Greece in September 2015, he topped the list of “National Unity” – the left-wing split from SYRIZA, which opposed the adoption by the Tsipras government of the requirements for introducing austerity. 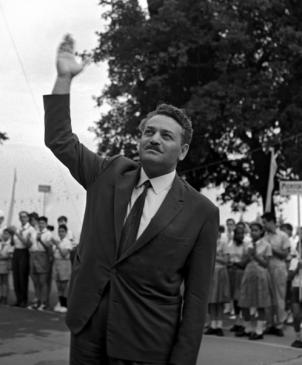 In addition to his political activities, Glezos developed for the town of Apiranfos, where he was born, a system for flood prevention, erosion control and groundwater conservation, which works by design as a series of very small dams to redirect water flows in aquifers.

He was fluent in English, French and Italian. While in prison, he independently learned the Russian language. He repeatedly visited the Soviet Union, where solidarity campaigns were conducted in his support and the peak in the Pamirs was named. According to Glezos’s own admission, the Secretary General of the CPSU, N. S. Khrushchev, even offered him to work in the Council for Mutual Economic Assistance in order to implement the idea of the common currency of CMEA proposed by Glezos.

The cause of the death of the great son of Red Hellas was heart failure, on March 17, 2020 Glezos was hospitalized with symptoms of gastroenteritis. Earlier, in November 2019, he was lying in the intensive care unit of the Nimitz military hospital. The person who will remain in the historical consciousness of the internationalist socialist communist movement of the Earth, like the person who, together with Lakis Santa, tore the German flag from the Acropolis, has had many health problems for the last year. Over the past six months, he was hospitalized twice with respiratory and cardiac problems…