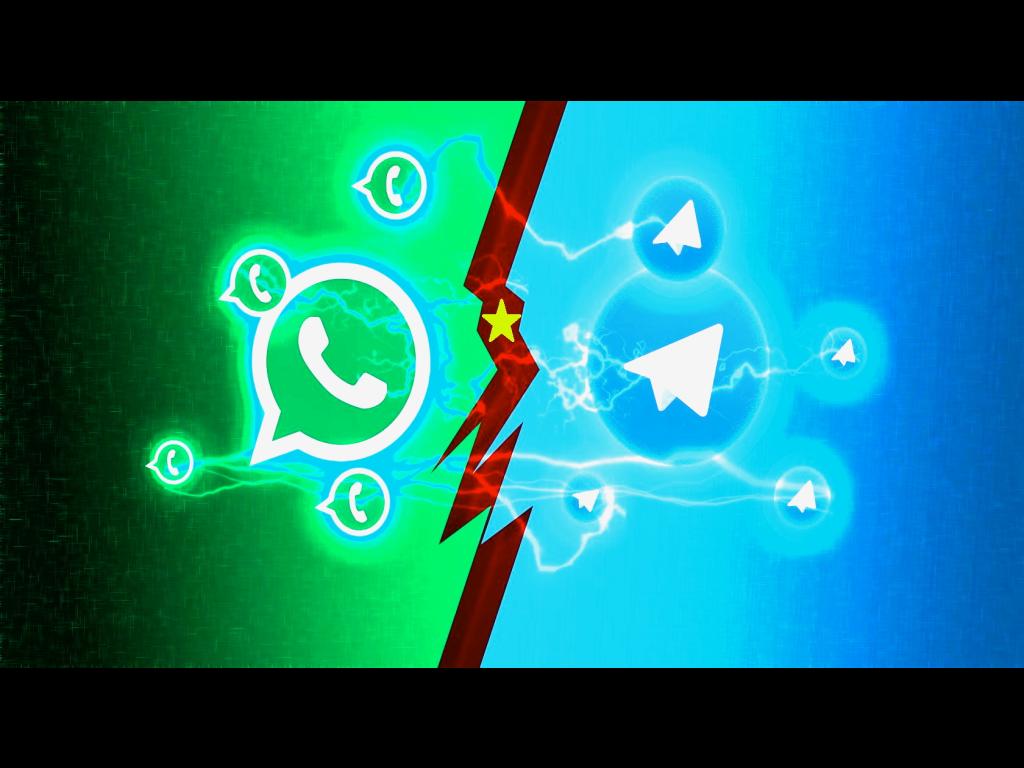 There is another participant in the current battle between WhatsApp and Telegram: users and their riot. Are we just observers or do we want to participate? To do this, we need to build a technology policy for people. – Create an anti-system camp of a fundamentally new type.

Right now, in January 2021, there is a quiet earthquake. Many haven’t even noticed it, but the tech giant is feeling the blows. The dimensions of the phenomenon are of a planetary scale. We are talking about millions of people, geopolitics, powerful law enforcement agencies, millions of dollars. So what conclusions can we, the resistant anti-capitalist forces, draw from the war of the giants: WhatsApp vs. Telegram? Capitalist Russia versus the capitalist USA …

The fact is that there was another change in the WhatsApp privacy policy that affected all of us, because Mark Zuckerberg wanted to merge our data in his Facebook and WhatsApp companies. Accustomed to setting the rules of the game in the cyberspace of the planet as he (and the shadow elites behind him) pleases. They do it without much concern: inadvertently, Zuckerberg has provoked a reaction from users who have begun to switch to other messaging platforms by the millions, especially Telegram, which belongs to the Russian ruling elite and the related (and possibly betting on) Transnational the business elite, no matter how the obvious Kremlin agent Pavel Durov plays his role as an “autonomous British billionaire”. So, what conclusions can we have after analyzing the geopolitical meaning of what happened? What do we have in the “bottom line”?

Of course, we do not yet have convincing evidence, but judging by what happened at the moment, the Facebook office (the owner of WhatsApp) is struggling to prepare a new crisis protocol. They need to stop the “bleeding”! They issue press releases in all languages, conduct polls, instruct their journalists and their “friends” – influencers, how to get the “right” message. TN Technology’s blog post is a good example. They are implementing a “damage control” policy; – “your users are installing other chat applications and you must stop them.” Telegram offices do not sleep all day either: suddenly and without warning, “manna” falls from the sky. Millions of new users! With this, David wants to inflict even more blows on Goliath: his journalists and influential persons also move, write, a team of translators reproduces copies in all languages. David and Goliath consider all methods: press releases, “random” notes, dirty laundry, and fake news. This is a war in which all means are used.

This is the struggle of the capitalists, but this earthquake is connected with another phenomenon: before our very eyes, a revolt of users is taking place. And no, this is not the “French May” of the late twentieth century. This is an uprising limited to virtual total control, when we switch to the service of a smaller capitalist. But riot is great – and it reminds the monsters that we are alive! Users felt like captives of companies and took the opportunity: the change in WhatsApp’s policy, to a more aggressive one, gave a signal to the beginning of our possible with you – online direct terrorist action.

The insurrection needs the opportunity to triumph: no one is going to start a fight in which they can lose. What started as an individual act worked – and then turned into a movement of millions. Then Mark Zuckerberg, who seemed invincible, began to feel the blows. And millions of users also, suddenly empathizing with each other, felt: “You are not as invulnerable as we thought! We can offend you! ” And so: bullets hit the monster.

This rebellion shows our strength – and yes, we are, we have the will and the ability to pierce the monster’s armor. But at the same time – this rebellion also reveals its weakness: is the empowerment of ourselves based on the rules of the game set by a weaker company? Ultimately, we only change the communication apps, but we still do not independently control our main inter-regional and international communication channel in our lives – or all the technologies we use on a daily basis.

Will we remain hostage to WhatsApp?

Although many of us temporarily switch to Telegram, or another application, we still fall into the WhatsApp trap, and Mark Zuckerberg knows this. The fact is that many people simply cannot be changed: if we want to continue to communicate with them, with our more “omnivorous” and calm friends and family members, we must keep WhatsApp on our devices! Are they imposing the rules of the game on us again? We must not forget that they are monopolists, and our communication goes along their virtual lanes and according to their rules. In a number of EU countries or, for example, in the Russian Federation, people under 45 use Telegram for work and friends, and WhatsApp for parents, grandparents and other family members. They have no way to uninstall WhatsApp.

However: if many of us are unable to leave WhatsApp entirely, why is Mark worried about that? Because if WhatsApp becomes a network of grandparents and parents, it will die in the long run. When Mark Zuckerberg realized that Facebook had become the social network that our grandparents and I are on, he decided to buy the younger WhatsApp and Instagram. Each new generation wants to have a social network in which their parents are not. For example, you can’t argue with the Beijing TikTok network: it is related to the age of its users, and is intended for young people from 12 to 17 years old.

This techno-revolutionary uprising is different, it is not yet unknown-innovative type, it must first be studied in detail. Facebook, Google, the State Department, the Kremlin – they are all already actively studying this. For example, it is very likely that WhatsApp’s next algorithmic updates will first be tested in a small market of users, and only then will they go global.

But we, claiming to participate in the real class battles of our time, seeing for ourselves an adversary – in the form of the Transnational Capitalist class – against which our forthcoming revolution is directed, must draw conclusions from the virtual cataclysms of cyberspace, no matter how they seem to some of us unimportant.
Yes, you can stay in your “class trenches” and underground and ridicule this “class struggle on gadget devices.” However, are we really able to forget that cyber technologies have become part of the real world, they are important every day for almost every representative of human civilization today. Precisely because we boldly assume a situationally important role that was once performed by the revolutionary communists of the whole world and the Comintern, because without unification we are powerless before the united, albeit subject to tactical shifts of different lobbies, Transnational Capitalist class. Many modern thinkers note that TCC was the first to understand the role of class unity in this historical context!

… It is to us – because there is nobody else! – It is necessary to think over, plan, coordinate between all our links – the left, anarcho-communist, anti-fascist, eco-socialist and other anti-capitalist forces – and make it possible for the popular use of available anti-system, anti-capitalist and revolutionary technological practice! We have little time, since we are fully armed, including modern technologies, and we should not forget for a moment that they are still in their monopoly use – the Capitalist International. What can modern digital and materialized Resistance oppose to it? – Our chance is in the old, like this, in fact, agonizing, but still strong, world of Capital, – the slogan “Workers of all countries, unite!” – and arm yourself with your own groundbreaking technological weapons!