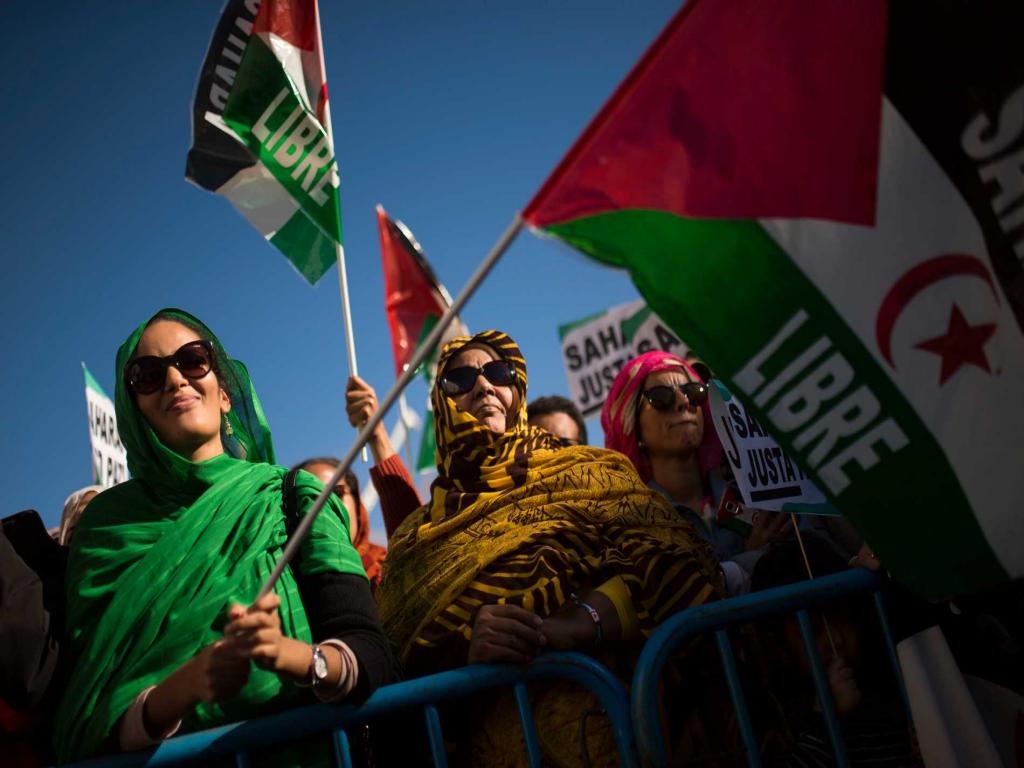 The decision of the US administration, made under President Trump at the end of 2020, to recognize the priority of Morocco’s sovereignty over the occupied territories of Western Sahara radically changes its position in relation to the conflict. Until now, the existing free trade agreement between the United States and Morocco has not been applied in Western Sahara, because official Washington did not recognize the priority and independence of Morocco over this entire territory. Despite the seriousness and media hype generated by this erroneous decision – fortunately by the former president of the United States – its consequences are very limited. 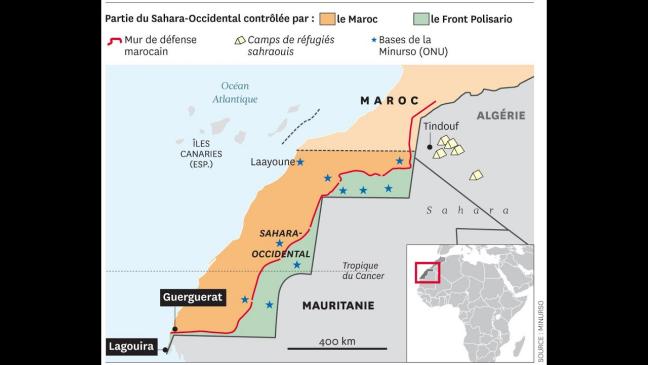 Israel and Morocco are states that are leading the military occupation of foreign territories, shamelessly violating international law, while joining forces to defend this position. This is natural, since in fact, they were allies for more than six decades. Although the Alawite regime tried to hide it, Israel’s cooperation in building the wall dividing Western Sahara in two since the 1980s and the cooperation of the secret services of both countries are well known today. Morocco has tried to hide this evidence from both its public opinion and international public opinion – its government has officially declared itself as the main protector of the rights of the Palestinian people. The establishment of official diplomatic relations between these two states “in exchange” for the recognition of Morocco’s sovereignty over the occupied territories shows the true role that the Alawite monarchy has played and is ready to play in “protecting” the rights of the Palestinian people. In fact, Morocco’s supposed image as the main protector of the Palestinian people in the Arab world has been the reason that the Palestinian and Saharan national liberation movements have been misled, misunderstood, and united to act as a united front against the violation of nearly identical international agreements. Indeed, from a legal point of view, Morocco’s position in Western Sahara is the same as Israel’s position in the occupied Palestinian territories.

At the same time, for many years Israel has complained to the European Union about the unequal treatment that the Organization has towards the Israeli and Moroccan military occupation. And that is why the European Union, albeit timidly, is pressuring Israel to respect the rights of the Palestinian population.

For example, in order for goods produced in colonial settlements in Palestine to be sold on the territory of the European Union, they must be labeled as “goods produced in an Israeli settlement in the occupied Palestinian territories”, while goods from the occupied The Saharas are freely entering the European Union. And here official Israel, complaining about this in the EU, is right in its own way: the European Union does not assess violations of international law in Palestine and Western Sahara according to the same standards, despite the fact that they are identical from a legal point of view.

Morocco’s decision has obvious implications: it will no longer be considered a state supporting the Palestinian cause. He is portrayed as he is: a state that, like the US, supports the occupation. Although the monolithic Moroccan press is trying to prevent this, social media these days reflect the rejection of this decision by wide sections of Moroccan society. The Moroccan government tried to soften this change in position in the Palestinian conflict, resorting to the hackneyed, empty phrases, clichés that the Spanish government uses to justify its support for the Moroccan occupation of the Sahara: “This state (Morocco, Spain …) supports the efforts of the United Nations to reach a politically viable agreement … “

The Trump administration’s attempt to make the above decision before leaving power has no legal consequences for the simple reason that it violates the right to self-determination of the people of the Sahara, which has been repeatedly reaffirmed by the main international organizations: the UN, the General Assembly, the Security Council and the Hague International Court of Justice. Violation of the 53rd article of the Vienna Convention on the Law of Treaties of 1969 entails the invalidity of any agreement in the process of the adoption of which there were gross violations. In other words, such agreements are not legally binding. Undoubtedly, the fact that it was Official Washington who tried to declare that the situation when territories annexed by the use of force are legal would have a certain political weight for countries in the world dependent on the hegemonic state. But the power of this state does not come to the possibility of easy legalization of what is not legal.

On the other hand, the passage of time is not a circumstance provided for by international law to perpetuate a situation that is unlawful and arises when it results from a serious violation of the Charter of the United Nations. Despite the dramatic situation in which Palestinians live on their own land after more than a century of occupation, the UN continues to defend their right to self-determination and the return of refugees. Another thing is that the veto of a permanent member of the Security Council prevents the resolution of the conflict in accordance with international law. But the legal framework is very clear.

It is worth recalling that in 2018, the Attorney General of the EU Court of Justice, summarizing his conclusions regarding the legality of the fisheries agreements, said about the union concluded by Morocco and the EU for the development of the natural resources of the Saharan people: “negotiations and conclusion with the Kingdom of Morocco of an international agreement applicable to Western Sahara and adjacent waters are in themselves a recognition of de jure integration.” For this reason, given that “the assertion of the sovereignty of Morocco in Western Sahara is the result of the violation of the right of the people of this territory to self-determination, the European Union itself violated its obligation not to recognize the illegal situation resulting from the violation by the Kingdom of Morocco of the right of the people of Western Sahara to self-determination, and – not to provide assistance or assistance to preserve the situation.” This argument, as it were, reinforces the application, mutatis mutandi, of the United States’ recognition of Morocco’s sovereignty over the occupied territories of the Sahara.

However, will the new US President Joe Biden dare to reverse the promotion of this decision? An unambiguous impression is being created in the world: to be the President of the United States requires the support of the influential American and Jewish lobbies. Recall that virtually the only support President Obama gave to the Palestinian people came just two weeks before he left office. Only then did he dare to do it. Then, for the first time on the Palestinian conflict, the United States abstained from voting on a key resolution in the Security Council. Although by that time the International Court of Justice had already firmly affirmed that the establishment of Israeli settlements in the occupied Palestinian territories constituted a serious violation of international law, the Obama administration’s abstinence allowed the Security Council to endorse the issue by the Hague Court. But during his years in office, Obama has failed to lift a finger in defense of the Palestinian people, contributing to the continuation of the occupation with his silence.

Let’s go back to the current situation in Africa. The placement of Moroccan settlers in the occupied territories of the Sahara constitutes a serious violation of the fourth Geneva Convention of 1949, which states in its article 49 that “the occupying power cannot proceed with the evacuation or transfer of part of its territory, its own civilian population into the territory it occupied”. This is a legally identical situation with Israeli settlements in the occupied Palestinian territories.
In what situation is Morocco not occupying part of Western Sahara? Trump’s decision could mean that the United States also recognizes Morocco’s sovereignty over the part of the territory that has escaped military occupation and is under the control of its owners, the Saharans. In such a case, the recognition will obviously have no legal consequences. This is a matter of paramount importance to SADR, which has always realized that control over part of its territory guarantees its existence as a state. Today it is inconceivable that Morocco would use force to occupy the next part of the Sahara. In case of temptation, Algeria has already provided ample evidence that it will not allow it. However, in the situation we have outlined, an urgent question arises: in what position is the airspace over Western Sahara and its jurisdictional waters now? This is a very important issue as Spain, as the administering Power, remains the one who controls the Sahara airspace from its control center in the Canary Islands through ENAIRE, the Regional Office of the Canary Air Navigation Service in the Canary Islands and Western Sahara. When D. Trump came up with his decision to recognize the powers of Morocco, Trump’s son-in-law and adviser Jared Kushner indicated that this US decision would further complicate the situation in Spain, since one of the goals of the agreement is to allow Israeli airlines to use Sahara airspace by establishing direct flights between Morocco and occupied by the Sahara, on the one hand, and Israel, on the other. Another question is how Spain will react to this situation. 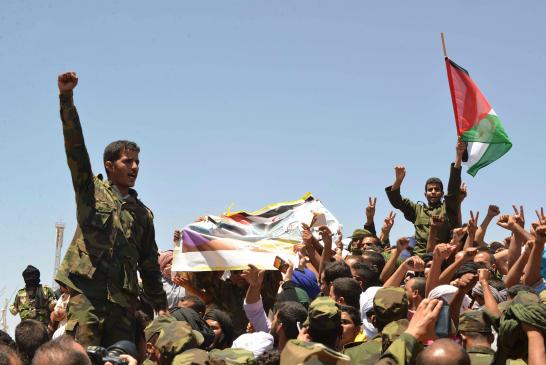 But in order for Morocco to control the airspace of the territory, it would be necessary for the International Civil Aviation Organization (ICAO) to recognize Morocco’s sovereignty over the territory. Which it obviously cannot do, as it would entail international responsibility. In addition, Spain controls all the airspace of Western Sahara: what is under Moroccan occupation, but also what is under the control of the POLISARIO Front. On the other hand, 45 years after the withdrawal of Spain from its former colonial territory, and taking into account the legal status of the non-autonomous territory of Western Sahara, that is, in anticipation of decolonization, Spain still has not been able to determine its maritime borders with Morocco and Western Sugar. It cannot do this until the people of the Sahara exercise their right to self-determination.

While it is true that, at the political level, U.S. recognition of Morocco’s sovereignty over Western Sahara is an important factor in perpetuating the illegal occupation and annexation of SADR territory – at the legal level, nothing changes – and this is effective as long as international law remains clearly on the sidelines. The Saharan people, that is why the POLISARIO Front does not abandon judicial activism, which began in 2014 and will continue even more actively in the current 2021. He must abide in it and multiply his actions. Obviously, the main and insurmountable obstacle to Morocco’s annexation of territory is the Law.

The return to war, to the Western Sahara Resistance, both armed and legal, caused by a thousand and one violations of the peace plan by Morocco, the first and most important of which was its withdrawal from it and the rejection of the referendum on self-determination, is the only way to Justice. and the Freedom that remains for the Sahara people and their vanguard, the POLISARIO Front. The right to self-determination was created by the United Nations to enable subordinate peoples to carry out their decolonization. To achieve this goal, the right of these peoples to use armed force was established. In 1991, the people of the Sahara decided to exchange weapons for a ballot box, believing that this would be a way to carry out decolonization. After Morocco burned down the ballot boxes, and in the face of the passivity of the international community and the complicity of our country, it had no choice but to take up arms again. This is supported by international law.

Juan Soroeta Liceras
Professor of Public International Law
at the University of the Basque Country
specially for Resistentiam.com