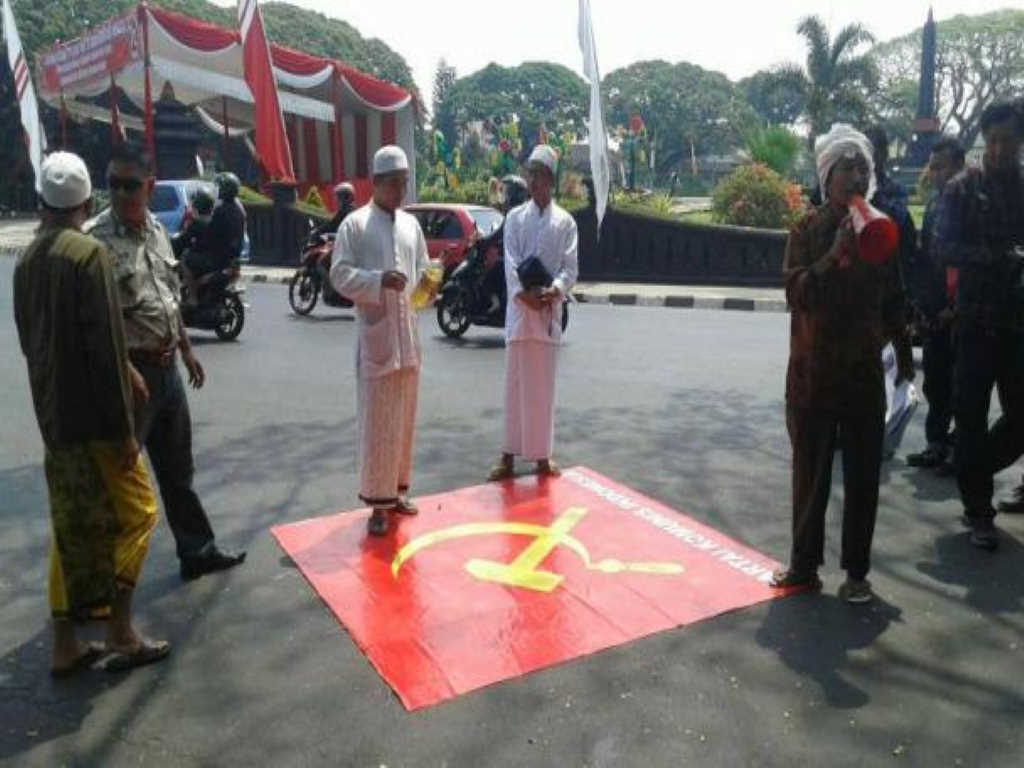 We received tragic news from our comrade and like-minded leader of the military wing and chairman of the PKI – the Communist Party of Indonesia Comrade Sujarno Malaka … Sujarno told us that on the outskirts of the capital Jakarta, where his friends and comrades in the party are constantly subjected to pressure from the security forces countries and anti-communist supporters of the ruling class of Indonesia, in November 2018, the general secretary of the PKI was brutally murdered, Ahmed Suprianto.

Ahmed Suprianto was killed by unknown persons when he was returning home on a motorcycle. 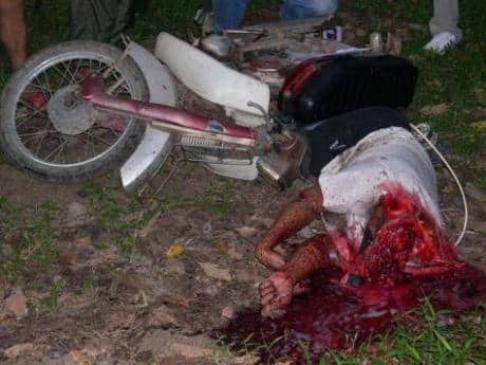 Relatives, family members of Comrade Suprianto, alarmed by his long absence, said the rest of the PKI. The body of Ahmed Supriyanto was found on the same day on the road, with numerous wounds that had smashed his head. The tragic death of the PKI General Secretary, who conceived and executed this insidious murder, should make it clear to the decapitated Communist Party that the ruling elite of Jakarta, which had long since launched propaganda of anti-communism and persecution of dissidents, in the country , repressive measures against the carriers of the communist idea – the most ardent fighters against the Indonesian nationalist bourgeois dictatorship.

However, as Comrade Sujarno Malaka told us, his friends and comrades who, in the conditions of the underground, are fighting for a just political system and liberation of the people from bourgeois enslavers, will not stop the killing and persecution: “The Communist Party of Indonesia (PKI-TRI-FNM) will continue its struggle and take revenge on the killers in power for the death of their leader and other ideological comrades!”.

It should be noted; we have information that the murder of comrade Ahmed Suprianto was preceded by the disappearance and murder of other comrades – the Indonesian communists during 2017-2018. According to Comrade Sujarno Malaka, the assassination of the General Secretary of the Communist Party of Indonesia is the beginning of a new, perhaps more rigid, undeclared war of the ultra-right and nationalist forces surrounding the limp and passive “democratic centrist” of incumbent President Joko Widodo against the progressive people of Indonesia.

But, about these massive crimes against the civilian population of Indonesia – the world community, international human rights organizations, the UN and the global information space – are silent. And those who own the information do not want the tragic events of modern Indonesia to be made public. 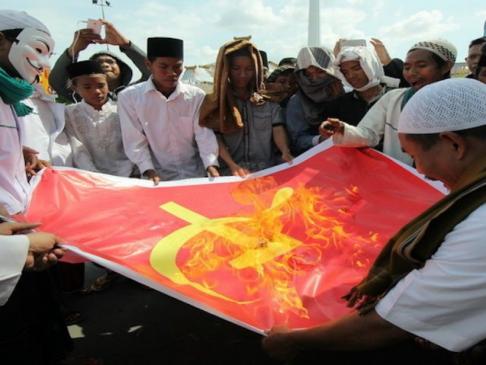 The Communist Party of Indonesia conducts its continuity from those of its representatives who in the 60s of the twentieth century. persevered in anti-human, bloody repression unleashed by the dictator Sukharto. The number of victims that official Jakarta eventually had to admit was equivalent to 8,000 dead; in fact, the number of repressed – Indonesian communists tortured to death in the dungeons, shot by ultranationalist paramilitaries on the country’s roads, members of the Communist Party who went missing, their relatives and sympathizers was much more. Immediately after the fall of the Sukharto regime in 1998, the Indonesian parliament organized the Truth and Reconciliation Commission to analyze the massacres, but its work was suspended by the Indonesian Supreme Court. In May 2009, Nathaniel Mera’s work “Constructive bloodshed in Indonesia: the United States, the United Kingdom and the Indonesian murders of 1965-66” was published – a study of the scale of those killed during many years of repression and moral support for this massacre by the West. Humanity was shaken to learn the truth: the Sukharto regime’s Indonesian “witch hunt”, which acquired the character of a massacre, was covered by the media around the world. However, in Indonesia itself, the killing of those years for a long time was practically not mentioned in school and university history books. Some authors of articles in history textbooks, who decided to touch upon the topic of repression, depicted legalized killings of thousands of people as a “patriotic campaign”, mentioning the scale of the victims 80,000 deaths, but without explaining why the country needed such a “campaign”. And only recently cyberspace leaked previously secret information taken from the materials of the CIA. Until now, more and more new secret pages of mass destruction of dissidents in Indonesia continue to open, shocking documents are published, including photographic materials, about the secret participation of military experts from the United States and NATO in those massive crimes. Thus, it became known that the interests of the imperialist powers of the West were behind the nationalist and bloody dictatorship of Sukharto.

In 2004, the events of the 60s were included in the history books of Indonesia. The twentieth century, but such a curriculum was canceled as early as 2006, after protests by military, nationalist and Islamist groups. Released school and university textbooks with critical analysis of massacres eventually burned by order of the Indonesian prosecutor general.

In 2016, the renewed membership of the Communist Party of Indonesia held its first (after a long break) Congress. And immediately after him, as comrade S. Malak told us, many of his communist comrades were again subjected to repression by the security forces of the current government of Indonesia.

Today, the Communists of Indonesia, remaining in the ranks, hardened by the class struggle, declare: “We know, we are sure that our missing people during 2016-2018. the comrades were killed in much the same way as in November of this year Secretary and Elder of the Communist Party, Ahmed Suprianto, who was professionally shot by “unknown” on his way home. But we are not going to give up. The last shot will be ours!

We would like to show the whole world what is actually happening in Indonesia. Let everyone know the truth about the new round of the undeclared war against the Communists of Indonesia !”

On behalf of the International Combat Social Actions “SOUTH-EASTERN STAR “- we subscribe to every word of the above obituary-Communist manifesto Indonesia. From now on, your Fight, comrades, is the priority vector of our internationalist revolutionary resistant struggle!