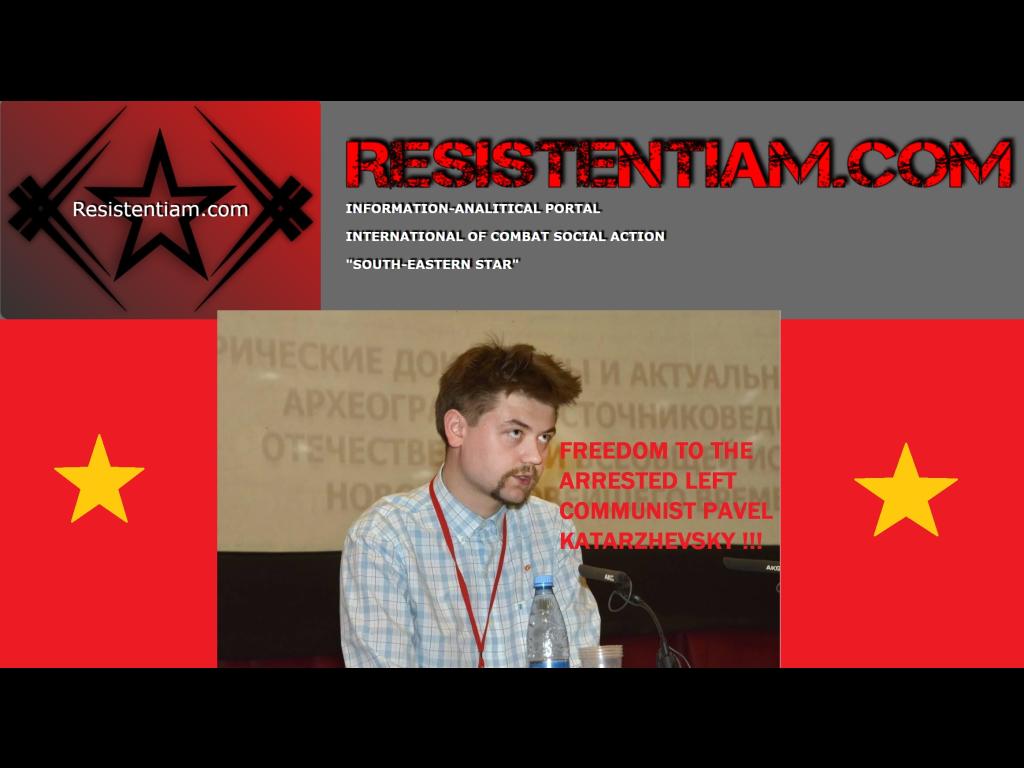 COMMUNISTS ARE SUBJECT TO ARREST FOR PARTICIPATION IN PEACEFUL PROTESTS IN BELARUS!

Since August 9, 2020, a prominent activist of the communist movement in Europe, a member of the Central Committee of the Belarusian Left Party «A Just World» Pavel Katarzheuski has been under arrest in the prison of the city of Zhodino of the Republic of Belarus, our constant associate and friend.

Comrade Katarzheuski, who is under arrest in the Republic of Belarus, has been representing the effective political role of the Party of the European Left in Eastern Europe for many years.

Pavel Katarzheuski is a young representative of the modern cohort of young Marxist scientists, is a teacher of Philosophy at the Belarusian State University. Comrade Pavel, now under arrest by the Belarusian special services, which are actively operating today in the phase of the repressive de-communization of the country, is our political partner.

He is a respondent to the international networked revolutionary communist movement, the International Combat Social Action “SOUTH-EAST STAR”. International Combat Social Action “SOUTH-EAST STAR” includes today the socio-political left Marxist parties and organizations of 18 countries of Europe, South Asia, Southeast Asia, South America – and each of them is ready today to issue a Note of Protest to the Embassies of the Republic of Belarus – for the arrest of a peaceful citizen, wine which lies only in his political views. If the persecution of citizens for their political views begins, dissent will be punished – the state will inevitably turn into an authoritarian regime.

P. Katarzheuski is married and has a young son.

We all remember the history of Europe in the 1930s, when in Germany, Italy, Spain and other conservative countries, peaceful communist parties and public organizations were subjected to repression and criminal prosecution. It ended with the logical accession of Nazism and Fascism in the center of Europe …

Comrad Katarzheuski was detained for participating in peaceful protests, as a communist and activist of the international Marxist movement.

We demand his immediate release!