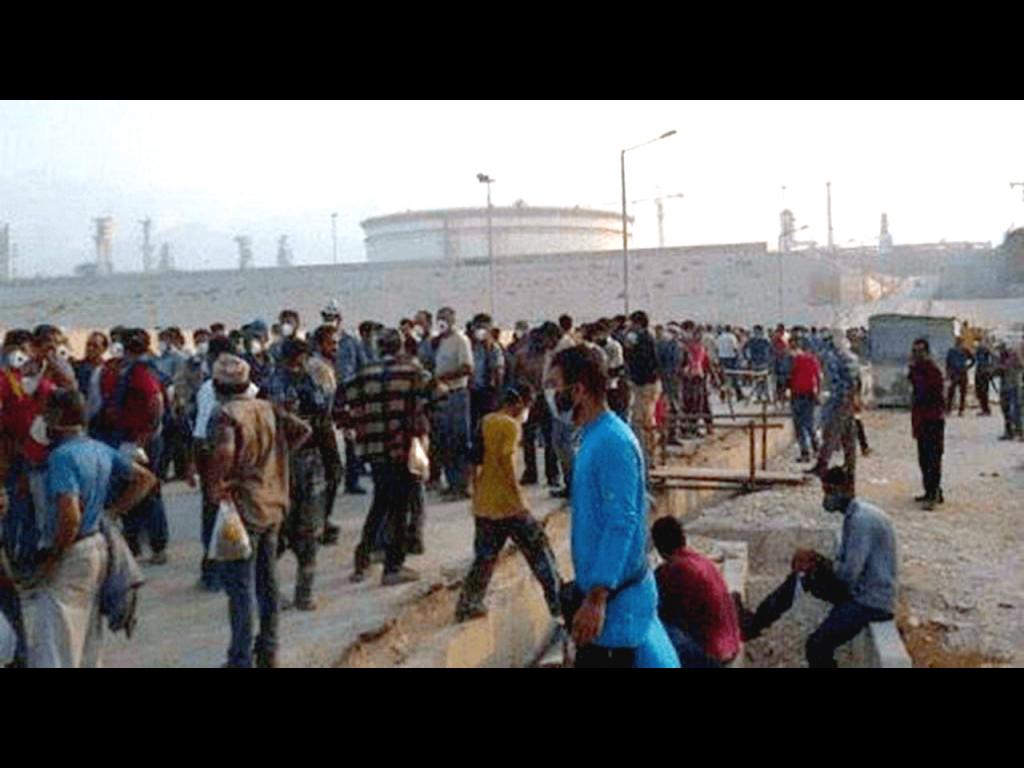 Iranian Islamic fundamentalist capitalism has reached a dead end. He is incapable of meeting today’s demands from the country’s rebellious working class and its informal trade union organizations. The Iranian economy is operating at minimum capacity, it is isolated from the world market, which itself is in deep economic crisis. In Iran, the crisis continues to grow, while inflation and unemployment are growing rapidly, as is the second wave of the coronavirus pandemic. Meanwhile, the wealthy class continues to mercilessly exploit the majority of the population – workers and farmers. They drink the blood of those who work for them, steal, play political games and undercover intrigues, poking their way to even greater power, which gives obscene wealth. Not remembering that everything they have is giving them the ever cheaper labor of workers. But all they can give in return to workers in return when they handle the demands of normal working conditions are empty promises. 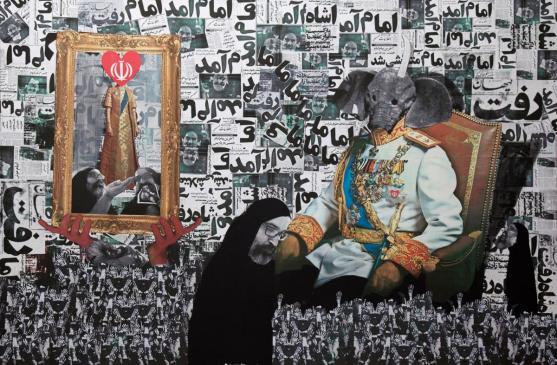 In September 2020, a new wave of protests swept over Iran. This was preceded by summer events. As early as June 15, workers at the Haft Tappeh sugar plantation and sugar cane factories went on strike. The Haft Tappeh strike caught the attention of the whole country with its militant demands: the re-nationalization of the plantation under the control of the workers and the arrest of the current owner, who appropriated and robbed the company. The activism and leadership of the Haft Tappeh union highlighted them as a threat to the regime.

From the very beginning of the current strike, the Haft Tappeh administration tried to deceive the workers: first, MPs were sent to the strikers, and then the bourgeoisie took that step to invite the illegal independent trade union to the parliamentary commission. But this did not lead to anything other than strengthening the determination of the workers in their struggle and their faith only in their own class.

August 14, 2020 the independent trade union Haft Tappeh, along with more than 50 other trade unions signed a joint statement, which read:

“We, the signatories of this statement, declare that in the current economic crisis in this country, it is only natural to expect more and more workers and oppressed groups to join these mass strikes. The crisis, because of which all people lose patience, is aggravated by privatization, deregulation of prices, worsening living conditions of workers, which puts them on the brink of death (and not just poverty), non-payment of even wages due to poverty, etc. It is clear that for In order for these strikes to grow and radicalize their demands in these critical circumstances, striking workers must be able to organize and rally more than anything else and engage in the serious and risky business of creating autonomous organizations based on the will and strength of the workers. ” …

Then it was already clear that all the past and future promises of the bourgeois class are empty words. This was also indicated by the experience of previous years, when in 2017 -2019. the Islamic Republic’s authorities responded to workers’ protests with brutal repressive measures. Several union activists are still sentenced to harsh court sentences, including in connection with workers’ unrest at the Haft Tuppeh sugarcane mill. 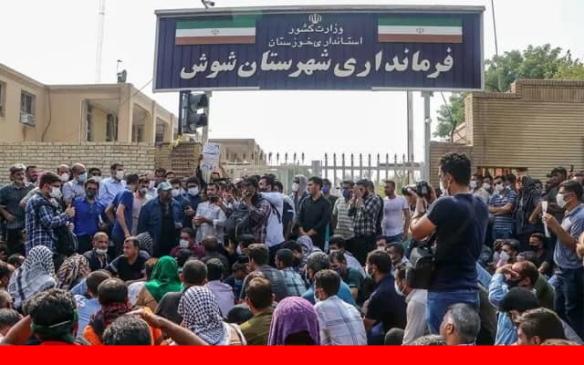 In August 2020, more than 430 strikes and demonstrations have already swept across Iran, involving all sectors: from workers in the oil and gas sector and the metal industry to students, farmers and others. In the first week of August, oil and gas strikes were concentrated in the oil-rich southwestern province of Khuzestan, but quickly spread throughout the country. The workers spontaneously began to set up strike committees and issue weekly strike bulletins with slogans such as “If we don’t work, there will be no profit!” Workers at refineries in Abadan, Parsian and Qeshma, at Lamerd Petrochemical, as well as at sites 22 and 24 of the South Pars gas field went on strike. The strikes, organized by the union of Iranian metal mechanics, put forward a whole program of demands: an increase in real wages, payment of unpaid wages and the renewal of social security benefits.

In the oil and gas sector, workers spontaneously coordinated the strike with the general demands of the rest of the strikers, in the midst of September 2020, with 25,000 participants across the country. The capitalist Islamist regime is scared, and this is natural, since this is the largest coordinated trade union strike in Iran.

The class struggle in Iran today is increasingly taking on a nationwide character, unprecedented in the Islamic Republic. This is a historically significant event as we are witnessing the largest coordinated strike of the newly reborn trade unions since the collapse of the independent national unions of Iran in 1953.

On September 13, 2020, after 40 days of oil and gas workers on strike, the regime would make some concessions, hoping it could end this radicalization by raising wages well above inflation, renewing insurance and paying back unpaid wages. But this victory for oil and gas workers only triggered more strikes, while the #NoToHunger campaign, which has been struck by Iranian metal mechanics’ unions, has openly called on other workers to join. After 70 days of the strike, the authorities pledged to remove the owner, renationalize the company, pay salaries and resume workers’ social security. But so far, the wage arrears have been paid in full only until May, and the insurance has not been extended. The strike and protests among non-farm workers will continue until promises are fulfilled, along with demands for workers’ control and re-hiring of workers that the regime has placed on the blacklist.

Meanwhile, the government has blocked the re-nationalization and expulsion of the owner – these cases will be brought to court. On September 15, the union threatened that if their demands were not met, “the workers would be forced to pursue their demands with all their collective strength. The workers have no reason to wait but to continue to fight for their rights.”

The Islamic Republic has nothing to offer the masses but empty promises and violence. Not long ago, Haft Tappeh workers were attacked by an anti-rebel unit backed up by mercenary Islamist thugs armed with long combat army knives. This is not the first time that Haft Tappeh sugar plantation and sugarcane factory workers have been attacked. These attacks are not isolated – the repression is not only targeting the striking Haft Tappeh workers. Once again, the workers warned the authorities that “the strike will never end, but the most massive strike will soon begin, after the mass gatherings in the city.”

With the same fearlessness, the many thousands of Independent Trade Union of Metal Mechanics echoes its victory in a common strike with the oil and gas industry with a statement: “We not only received our rights, but also introduced the word “strike” to the Iranian people !”. Of course, some of our comrades were blacklisted, some were arrested, but these comrades are happy that they paid such a price for our union. “

In addition to the above, it should be added that in the current days of 2020, real poverty is rampant in Iran and it is extremely difficult for many people to make ends meet. This leads to more protests from various sectors of Iranian society.

According to the messages we received from our close comrades from the TUDE Party on October 4, 2020, more than 70% of Iranian workers receive wages that cover only 23% of their daily expenses. These statistics are based on the “food basket” rate set by the cabinet of regime president Hassan Rouhani since February this year. 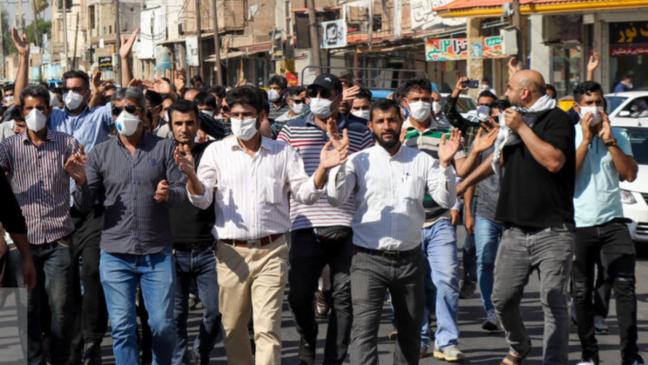 “Now, if wage decisions are to be more informed and by law, there is no criterion more powerful than a grocery basket. In February, officials acknowledged the price of a standard grocery basket at 49.4 million riyals (about $ 357). However, when it came to wage negotiations, they continued to resort to the pretext of the country’s poor economy, the outbreak of the new coronavirus, market downturn and a thousand other things to avoid compliance with the law”, – comrade Mahdi said in a statement. A more than 32 percent increase in the price of a food basket means that in September a worker’s family needs to spend 30 percent more than in March just to put food on the table.

Worker families are currently facing a 4.9 million riyals (about $ 22) increase in food prices over the past six months. And in a situation where “wage increases” are completely ignored, this already disadvantaged sector of Iranian society faces even greater pain and suffering.

The implications of these changes can be seen in the ongoing protests of workers in various cities in Iran’s astans.

On Saturday, October 3, 2020, family members of retired steel workers protested in front of the current Interior Ministry building in Tehran, demanding officials to resolve the issue of delaying their salaries.

On Sunday 4 October 2020, a 200-strong group of telecom workers held a protest outside the Ministry of Communications in Tehran. 650 protesting workers were seen holding placards chanting “Telecommunications company shame on you, pay attention to our rights – the rights of the working class!”, Demanding that their legal rights be respected. They also pushed for the return to work of their exiled colleagues and their specific jobs so that they could be classified for a fair wage. These protesters were from Shascom and TCI1.

A group of medical workers and nurses held a rally in front of the Mejlis (parliament) building in Tehran on October 4 to protest the lack of job security, changes in employment status by officials and the fact that their work status remains uncertain.

A group of nurses from hospitals in the city of Urmia in northwestern Iran gathered on Monday in front of the governor’s office to protest their salaries being delayed by several months.

“We want to end discrimination in our contracts,” protesters said. They also demanded a “special nursing bonus” and called on the Ministry of Health to pay attention to their living conditions.

On the evening of the same Sunday, dozens of female doctors and nurses at a public hospital in the city of Isfahan, in central Iran’s astan, gathered in front of the Isfahan University of Medical Sciences, demanding overtime payments, an end to discrimination, a special nursing bonus and a change in employment status. A group of brave and desperate demonstrating women was remotely guarded by volunteer fidain fighters, comrades from our Isfahan 9th Network Staff. 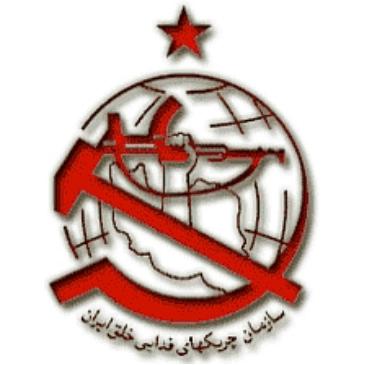 All concessions and promises of the rotten fundamentalist Islamic capitalist regime can be canceled at any time. The working class of the Iranian people must rely only on their own strength. To defend it and continue to expand the struggle, the strike committees must be linked at the national level. In addition, preparations must be made to escalate the struggle to the point of a general Iranian strike. The nationwide struggle of today’s Iran should be organized on the basis of a common program that is relevant to all its participants: from raising real wages, paying all unpaid wages, insurance for all, to stopping theft, ending privatization and renationalizing large private companies. But in the end, the weak, crisis-ridden Iranian capitalist system cannot afford these reforms. And only – the Progressive Socialist Revolution will be able to truly nationalize industry and banks, placing them under the control of the workers, can put an end to the horrors of the inhuman Islamic capitalist regime.