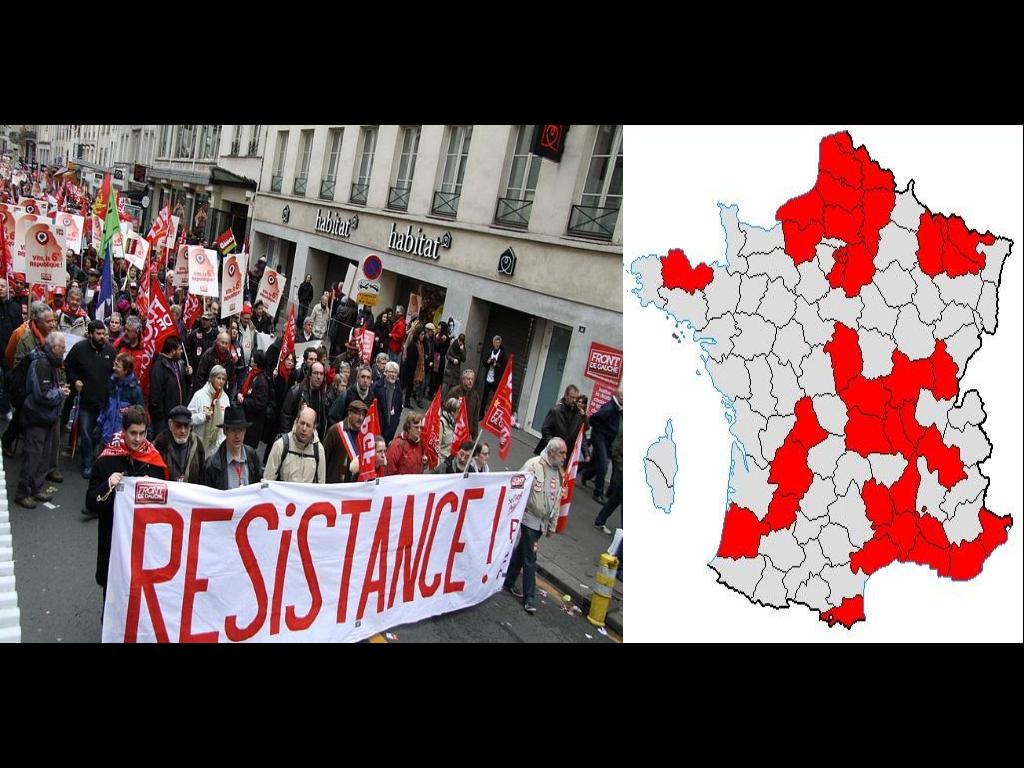 CLASS STRUGGLE AT THE LOCAL LEVEL IN FRENCH “RED CITIES”

France has a long tradition of electing communists locally. The origins of the “red belt” – in the French resistance to the Nazi invaders, in which the majority took part communists. A deeper understanding of this phenomenon can be seen in the example of the municipality of Saint-Martin-d’Hères, a suburb of Grenoble, where, despite the last forty years of the Communist Party’s unpopularity in France, the electorate remains traditionally communist.

The municipal success of the French Communist Party – PCF became possible here, primarily as a result of the daily work of local communists. They are peculiar and have developed historically in this working suburb, versatile activity – social events, printing and distribution of leaflets, meetings, public gatherings, general banquets, etc. This compares favorably with the communist style of the pure electoralism of other parties, and serves as the reason for the constant communist spirit of the working suburb of Grenoble: after all, representatives of other parties who are in opposition to the communists made a lot of efforts to put an end to the “red suburb”.

Comrade Diane Cduh, Counselor for the Communist Electorate in Saint-Martin-d’Hères, calls this kind of activity of his comrades “door-to-door work”. In order for the suburb of Grenoble to remain “red”, according to Diana, the main thing is “focus on the specific municipal policy that we implemented.”

As a result, – at the time of the first round of municipal elections on March 15, – more than 53% of the entire electorate voted for the Communists in Saint-Martin-d’Hères. Behind this success, apart from the productive work of modern communists, is historical continuity. Foci of communist resistance, a tradition dating back to the time of France’s liberation from German fascism in 1945, arose simultaneously in several “red cities” in which people, inspired by the heroic struggle of the communists against the Nazis, chose their candidatures in municipal elections. In the same suburb of Grenoble, workers trusted the communists for 75 years.

The spring phase of the elections to the municipality of Saint-Martin-d’Hères showed that political forces with power at the national level were not able to create their positions on the ground. An interesting fact is, for example, that the ruling Party of the President of the Republic, Emanuel Macron – La République En Marche (LREM) has not even been represented in many left-oriented working suburbs for the past three years. The municipal regional elections held in March this year (the second round was postponed due to the COVID-19 pandemic), by their results can be called a “referendum on the policy of the French government.” It is not known that in the socio-political situation of Europe and, in particular, France, it will change over the last quarantine months, but this stage seems to have ended in complete failure for Macron and LREM, which became an occasion for left-wing French media to talk about the unsuccessful “government plebiscite”.

This was to be expected: after all, for example, in the same Saint-Martin-d’Hères, Macron’s antisocial policies, especially his pension reform, were clearly rejected by the electorate. The ruling LREM received only 15% of the vote on the list. As our comrades from the local branch of the Communist Party of France said, “where the Communists daily defend class positions, there is no room for the extreme right.”

The same story is with the National Unification (the heir to the Le Pen National Front), which has wind in the air, including in some municipalities in the region, such as Echirolles, where it receives no more than 18% support. But in Saint-Martin-d’Hères, not only is there no list of collectors, but their activists are not at all welcomed in the red city.

“The Red Belt”, as the municipalities of a number of working suburbs of large industrial centers in France call the French media, retains its identity even today. Thus, the workers of Saint-Martin- d’Hères, taking part in local elections, traditionally avoid bourgeois parties, casting the majority of votes for communist candidates. But local communists are not accustomed to stop there. That is why the suburb of Grenoble continues to be one of the centers of the “red belt” for 75 years.

Forty years have passed since the historical stage, when left-wing political forces in the world enjoyed mass popularity. In most European countries, even if the positions of regional or federal authorities are socialist in priority, the name “communist” leftists try to avoid. In France, of course, the position of the French Communist Party (PCF) also weakened, almost disappearing, especially after the counter-revolution in the USSR and Eastern Europe. However, at present, it is in this country that we are witnessing the phenomenon of the existence of “red municipalities”. The tradition of communist municipalities is so strong that sometimes it is roughly called “municipal communism.” Since the 1920s, the PCF has managed some town halls (a vivid example is the suburb of Paris, Malakoff). Like in Saint-Martin-d’Hères, the Communists here proved to be the best defenders of social progress, which is why they are trusted by the majority of the electorate, which in our time consists of more than just workers. Indeed, many social groups of the French working class have recently experienced a ruthless clash with a new stage of crisis unemployment, which has long been in full swing in Southern Europe, such as in Spain and Greece.

But today, the main responsibility of the French Communists elected in the regions is to use their position to strengthen the class struggle of the masses. From this point of view, the elected Communists never hesitated to leave their seats in the Senate or the Council in order, for example, to block the bailiffs coming to evict workers from their homes. Nor do they hesitate to go ahead of the demonstrations in the tricolor belt of their politicians.

Adrien Welsh
Secretary of the Young Communist League of Canada
Specially for Resistentiam.com