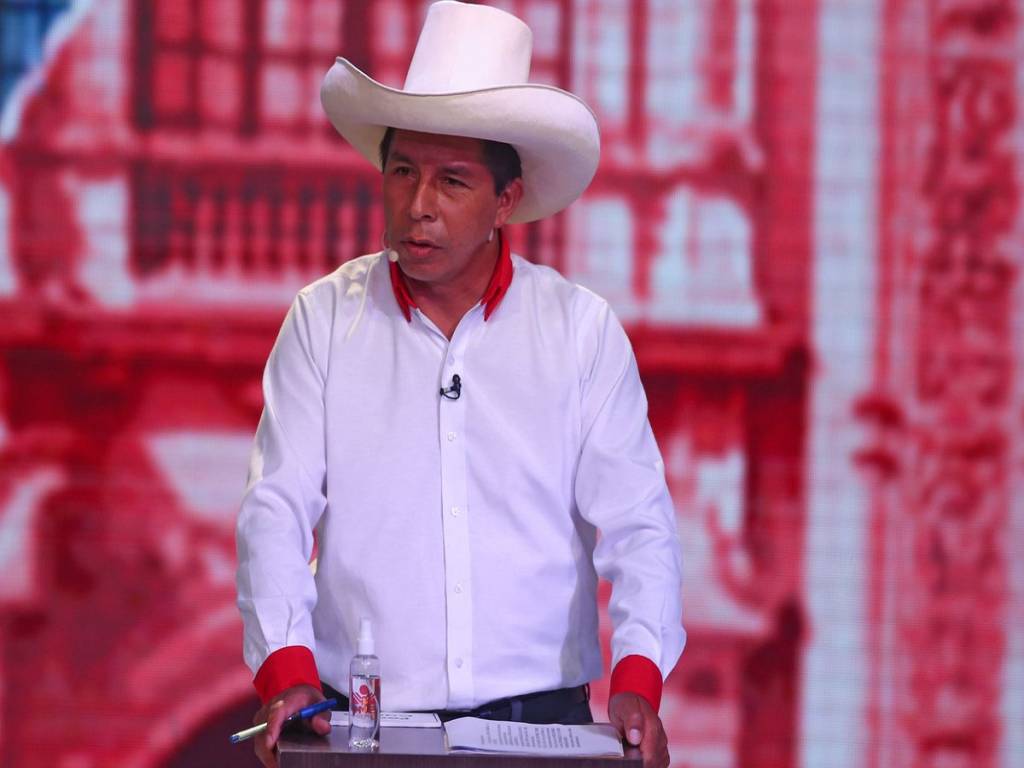 CASTILLO WILL INEVITABLY COLLIDE WITH A DIFFICULT DILEMMA

We, comrades, on behalf of our internationalist community, undoubtedly support the choice of the people of Peru, thanks to which not Keiko, from the hereditary ultra-right Fujimori clan, came to power, but a candidate from the left-oriented political party Peru Libre. And I want to hope only for the best, but we will avoid premature exclamation marks …

The political program of the socialist, educator and trade unionist Castillo, despite references to Marx, Lenin and Mariátegui in the election documents Peru Libre, is a program for the development of national capitalism. He wants to use the mineral wealth of the country for social programs (mainly education) and work with “productive national businessmen” to “develop the economy”. The problem is that there are no such responsible “national productive” capitalists. The ruling class of Peru, bankers, landowners, capitalists are closely linked to the interests of transnational corporations and imperialism. They are not interested in “national development”, but in their own enrichment.

Now Jose Pedro Castillo Terrones faces a difficult dilemma. On the one hand, he can control the masses of workers and peasants who elected him, which would mean a radical break with capitalists and transnational corporations. This can be done only by relying on extra-parliamentary mass mobilization. Or he can give in, soften his agenda and adjust to the interests of the ruling class, which means that he will be discredited among those who voted for him, plotting his own downfall. If he tries to simultaneously serve two masters (workers and capitalists), as a result, no one will like him as the leader of the state.

The masses of workers and peasants wanted radical change, and that is what Pedro Castillo personified in their eyes. His campaign had two main policy plans: renegotiating contracts with mining multinationals (and, if they refuse, they would be nationalized), and convening a Constituent Assembly to repeal the 1993 constitution, written during the Fujimori dictatorship (Keiko’s father). His main campaign slogans: “There are no more poor in a rich country” and “Teacher’s Word” resonated with the oppressed – workers, peasants, poor indigenous peoples of Quechua and Aymara. Especially among the working class and among the poor areas far from the light-skinned upper strata of Lima.

Castillo’s credibility stems from his challenging union bureaucracy and spearheading the 2017 teachers’ strike. For workers and peasants, he is one of them. A modest rural teacher with peasant roots, who promised to live off the teacher’s salary when he becomes president. Its appeal lies precisely in being a left-wing outsider opposing the establishment. Its popularity testifies to the deep discrediting of bourgeois democracy and all political parties. Despite the fact that Keiko Fujimori was not their favorite candidate, the entire ruling class of Peru closed in behind her in the second round. Their campaign was brutal. Billboards in Lima proclaimed, “Communism is poverty,” and people were threatened with seven epidemics if Castillo won the election. During May, the media told Peruvians that he was allegedly a supporter of the aggressive Maoist front “Sendero Luminoso”. Nobel laureate Vargas Llosa, who in the past opposed the rule of Alberto Fujimori from a bourgeois-liberal point of view, wrote furious articles that argued that “Castillo’s victory will end democracy.”

Despite all this, or perhaps precisely because of the hatred it generated among the ruling class, Castillo began the second round campaign 20 points ahead of his rival. That advantage narrowed as election day approached. Partly because the hate campaign pushed wavering voters towards Keiko Fujimori, but also partly because Castillo tried to soften his message and soften his promises.

Today, June 11, 2021, the Peruvian popular majority, oppressed over decades by pro-capitalist dictatorships, celebrate the victory of their will. But this phase of the class struggle has just begun. Each step forward should be supported – towards the socialist paradigm that Castillo, elected by the people of the country, will make; his vacillations in his entrusted presidency or deviations from his declared Marxist strategy should be criticized. The workers and peasants can only rely on their own strength, and they must be mobilized to strike at the oligarchy.

As always, the most prominent Latin American Marxist of the 20th century, the son of Peru, Jose Carlos Mariátegui, said back in 1929: