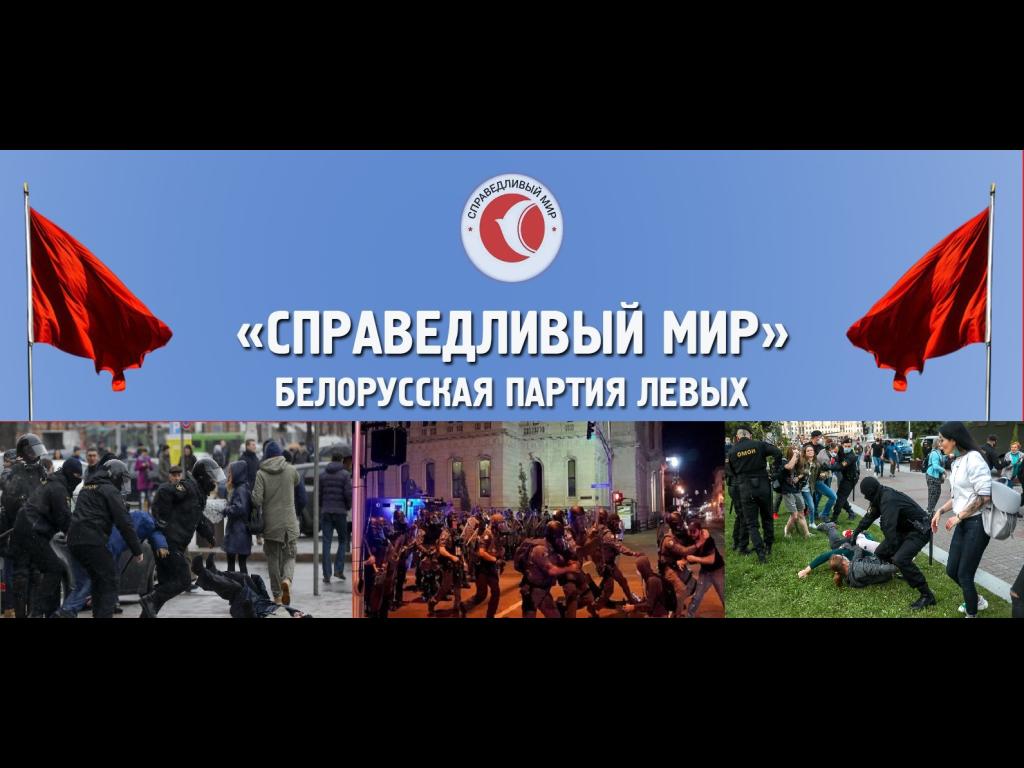 Appeal of the Belarusian Left Party “A Just World”

As a result of a gross violation of the Constitution, laws and international obligations of Belarus in the field of observance of fundamental civil and political rights, as well as an objective and natural public protest in these conditions by the current government, an acute political crisis is developing in the republic, to which the attention of the whole world is riveted.

The detonator of the mass protest was the openly arrogant actions of the executive vertical of power to falsify the results of the presidential elections and the subsequent terror by the security forces against the people of Belarus. As a result, at least three people were killed, hundreds were crippled and about seven thousand were detained.

The numerous facts of brutal beatings and tortures, which became known to the public, which citizens were subjected to not only on the streets of cities, but also in places of isolation of detainees, in their cynicism and cruelty are not inferior to the crimes that the Nazis committed during the Second World War.

As a result, a popular protest spread throughout the country. All sections of the population joined him: workers, peasants, engineers, teachers, doctors, creative intelligentsia, athletes, students, housewives. The strike movement in labor collectives is growing.

The main demands of the protesters:
– resignation of A.G. Lukashenko from the post of President of the Republic of Belarus and holding new elections for the head of state;
– release of all political prisoners, as well as citizens detained for participating in protest actions;
– Conducting a thorough investigation of each case of beating, torture, bullying against citizens and bringing all those responsible for illegal actions to justice.

Despite the fact that the mass protests in Belarus have internal reasons, from the lips of some Russian politicians, as well as in a number of Russian media, an extremely biased interpretation of the Belarusian events as being organized from outside and threatening Belarusian-Russian relations sounds. But objectively this is not the case. The popular protest in Belarus is not directed against fraternal relations between our peoples and states. The protesters do not come out with anti-Russian slogans. Moreover, most of the citizens of Belarus are supporters of the preservation and development of the Union State of Belarus and Russia.

But it was A.G. Lukashenko has been causing tangible damage to Belarusian-Russian relations for a long time. Suffice it to recall his anti-Russian pre-election rhetoric, accusations of attempts to rock the situation in the Republic of Belarus, interfere in the country’s internal affairs, and crude and systematic blackmail against Russia.

In conditions when the absolute majority of the Belarusian people do not want A.G. Lukashenko as President of the Republic of Belarus, statements by some Russian politicians, as well as political commentators and analysts in support of the anti-popular regime he created, and at the same time tendentious and offensive assessments of popular protest are a gift for those external and internal forces that have long sought to embroil our peoples, to bury Union state and tear Belarus away from Russia. These irresponsible actions, along with the speculation of A.G. Lukashenko, who declares full and unconditional support for him from Russia, inflict colossal damage to the future of Russian-Belarusian relations, give the pro-Western right-wing nationalist opposition an easy opportunity to introduce anti-Russian sentiments into the popular protest. 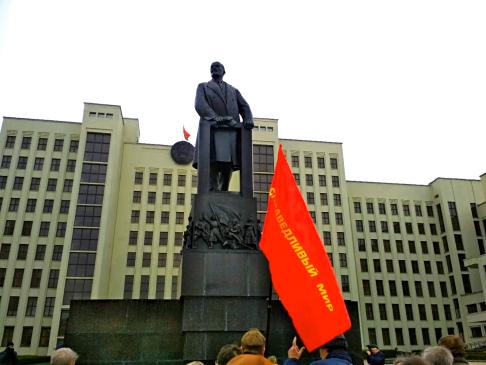 In this situation, the Belarusian Left Party “A Just World” appeals to the state authorities, political parties, public associations, citizens of the Russian Federation:
– to support the Belarusian people in their demands for the resignation of A.G. Lukashenko, using fascist methods to retain power;
– to condemn the actions of the Belarusian authorities, allowing gross violence against participants in peaceful protests and ordinary citizens;
– demand the release of all detainees and political prisoners and stop the persecution of citizens for political reasons;
– to promote the consolidation of efforts of citizens, political and public organizations of the two countries, advocating the development of fraternal relations between peoples and for the Union State of Belarus and Russia.