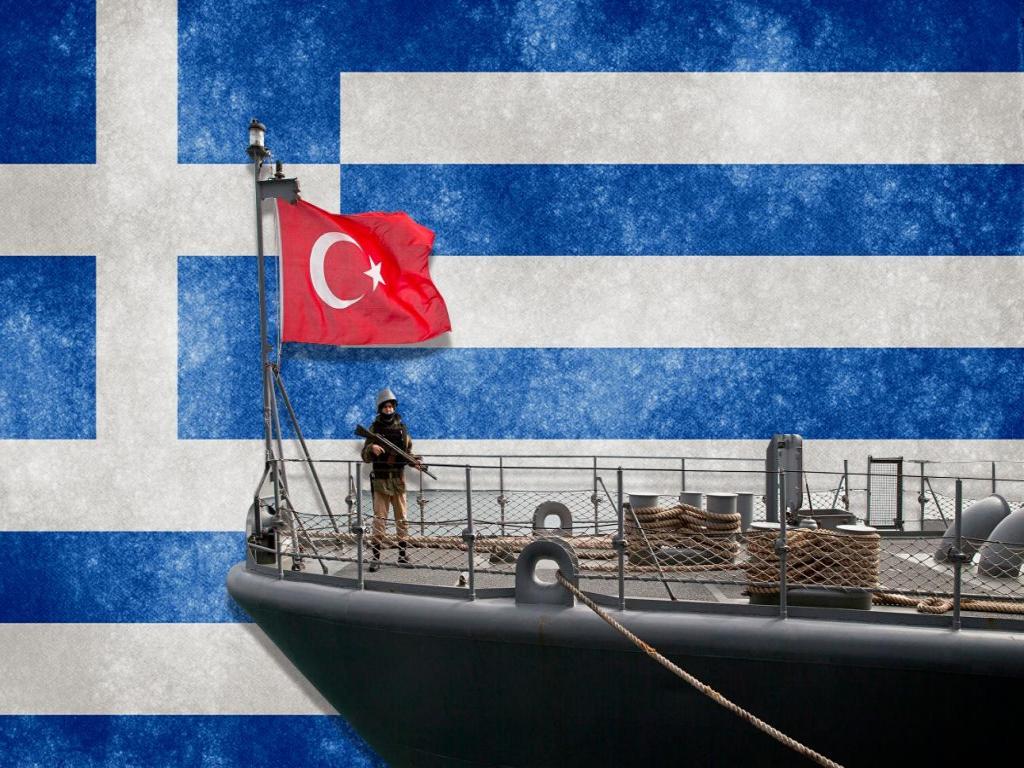 The sharp escalation of tensions between Greece and Turkey over territorial differences in the eastern Mediterranean Sea has seriously agitated the leading capitals of the European Union. While Athens and Ankara are exchanging threats, conducting military exercises and building up military groups in the disputed region, Germany on Tuesday urgently delegated Foreign Minister Heiko Maas to both conflicting capitals to resolve the crisis that threatens to spiral out of control at any moment.

On the eve of the meeting with Greek Prime Minister Kyriakos Mitsotakis, the German Foreign Minister said that “the dialogue window between Greece and Turkey should expand, not close.” True, in Turkey, where the Meuse mediator is also expected, they immediately categorically stated: it is Greece that is “undermining” the goal of restoring contacts at a high level between the two neighboring countries, thus putting German diplomacy in front of an extremely difficult task.

Ankara is referring to Greece’s decision to declare a site south of the tiny island of Kastelorizo ​​as a naval exercise area. The disputed territory, where the Turkish research vessel Oruç Reis is currently conducting exploration for hydrocarbons, under the protection of warships, is closed for navigation from the evening of 25 to 27 August. However, Turkey “will not take the slightest step back,” Turkish newspaper Daily Sabah quoted the President of the Republic, Recep Tayyip Erdogan, as saying. “Greece will sow chaos, which cannot be avoided. Now only Greece is responsible for all conflicts in the region, and only it will suffer from this,” the Turkish leader warned in his usual manner. In support of these words, Ankara announced the immediate start of military exercises in the area south of the Greek island of Crete, further aggravating the situation.

Let me remind you that the specter of the Greco-Turkish conflict in the Aegean Sea, which has been in the air since the mid-1990s (in 1996, the parties were already on the brink of war over the dispute over the island of Imia), this time becomes almost inevitable. The reason for this is not only the sharply increased territorial ambitions of Turkey, which considers the sea borders in the region drawn after the First World War to be unfair, but also the rich oil and gas resources found here. In the fight for control over them, no one wants to retreat. Seeking to “stake out” its rights to the gas-rich sea shelves, Turkey previously signed an agreement on the delimitation of sea borders with the government of national accord of Libya. Greece, in turn, on August 6 signed an agreement on the demarcation of sea zones with Egypt. Both Athens and Ankara do not recognize these agreements as legitimate and believe that they infringe on the rights of one of the parties.

For Greece, a compromise is unacceptable: having conceded to the Turks a piece of the shelf even on one island of Kastelorizo, located 580 kilometers from mainland Greece and only 2 kilometers from Turkey, the Greeks risk facing even more increased territorial and energy appetites for Ankara. Not really relying on its own strength, Athens is striving in every possible way to internationalize the conflict, presenting it as Ankara’s attack on the principles of international law and the external borders of the European Union. In the absence of support from NATO, which traditionally does not burn with the desire to involve the alliance in the long-standing Greek-Turkish showdown, the Greeks are betting on the threat of anti-Turkish sanctions from the European Union, as well as situational alliances with Egypt, Israel, the United Arab Emirates and Cyprus. True, what kind of practical assistance these countries will be able, and most importantly, will want to provide the Greeks in the event of a real military conflict between the latter and Turkey remains a big question. In Greek diplomatic circles, the declared alliances with these countries are rather symbolic, and in Athens no one expects the Egyptians, Israelis or Arabs to come to their aid.

Not really relying on its own strength, Athens is striving in every possible way to internationalize the conflict

So far, Greece has received effective support only from France, which sent a frigate and a helicopter carrier to the Aegean Sea for joint exercises with the Greeks. At the same time, in Paris, which has demonstrated increased international activity under President Emmanuel Macron, they are guided not so much by European solidarity as by their own economic interests. The fact is that the French energy company Total already has the right to develop gas fields on the shelf of Cyprus and it cannot be ruled out that the Greeks promised the French a share in the further division of the Mediterranean energy pie.

As for the United States, on which the Greeks have always pinned their main hopes, here the Greeks seem to be in for a bitter disappointment. Despite the fact that the Greek governments in recent years have pandered to all Washington’s “wants” by providing their territory for new American bases and expanding the American military presence in their country, US President Donald Trump stubbornly sees Turkish President Erdogan as a “strong leader “and” first-class chess player “.

For decades, we believed that Washington, in the event of a threatening aggravation of relations between Greece and Turkey, would intervene to resolve the situation. The recent political retreat of the United States from many parts of the world reduces the likelihood of American intervention in Greek-Turkish relations. This is the result of the personal strategic choice of the President of the United States.

And on August 26, 2020, Turkish President Recep Tayyip Erdogan made another rant to distract the Turks from the worsening economic situation, and mentioned the Byzantine Empire.

“We will take everything that is required in the Mediterranean, Aegean and Black Seas, we will not make any concessions,” Erdogan said today at a ceremony commemorating the Seljuk victory at Manzikert in 1071.

In the battle of Manzikert, the Byzantines lost to the Seljuk Turks after Emperor Romanos IV was betrayed by Andronicus Dukas, who during the battle withdrew more than half of the army.

The Dukas family were the Emperor’s court rivals, and Andronikos commanded the rearguard of the army during the Battle of Manzikert. Andronikos announced the fake news that Romanos IV was killed during the battle and left the battlefield, remaining in history as the cause of the defeat of Byzantium.

Nevertheless, for Turkey, this is considered a historical event, since for the first time in history, the Turkic tribes of Central Asia gained access to the plains of Anatolia.

“If Greece wants to pay the price, let them come and meet with us. If they don’t have the courage to do so, they should get out of our way, ”Erdogan continued to urge, resorting to ultra-nationalist rhetoric to distract the population from his policies, which caused Turkey’s spectacular economic downturn.

“Greece, unworthy even of the Byzantine heritage, refuses to learn from history and acts like a bully in the Mediterranean,” the Turkish president concluded.

The Turkish lira briefly dropped to a record low on Wednesday as investor concerns over the economy and political and military tensions with neighboring Greece weighed on sentiment.