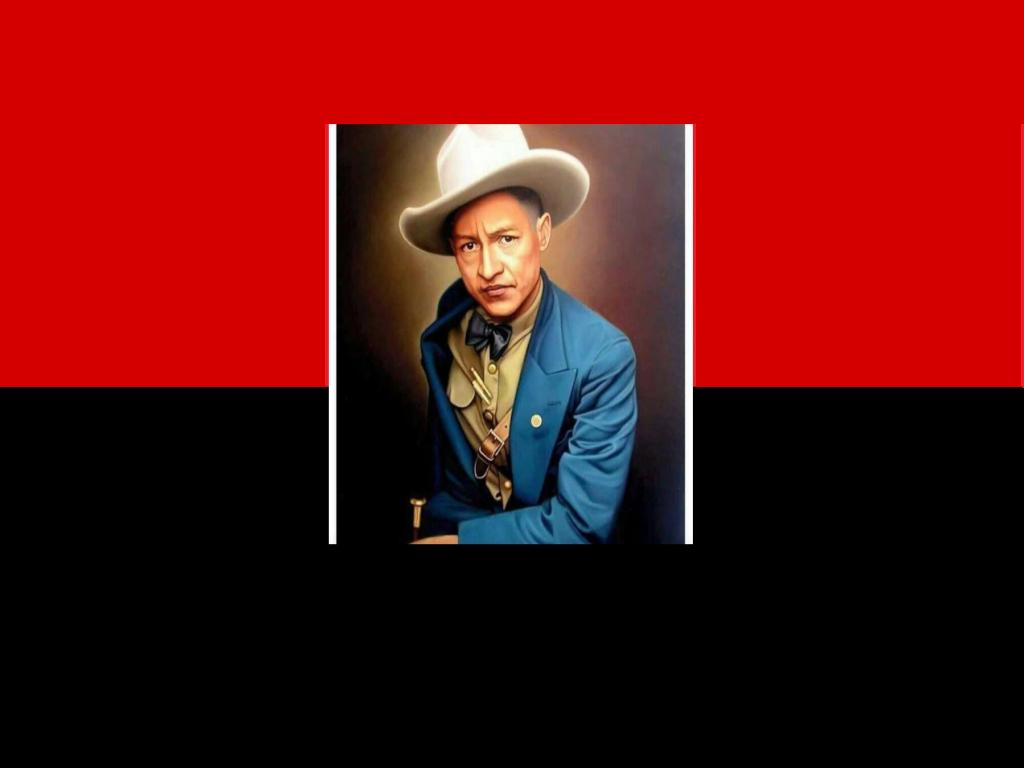 125TH ANNIVERSARY OF THE GENERAL OF FREE PEOPLE – AUGUSTO SANDINO

May 18 marks the 125th anniversary of the birth of one of the main characters of the liberation struggle in Latin America – Augusto Cesar Sandino. Representatives of many generations of Latinos of the second half of the twentieth century, entering at different times in the heroic struggle of their Burning Continent for independence, in their early years were inspired by the image of Augusto Cesar Sandino, who in their early childhood was perceived as their own, Latin American, modern Robin Hood. Growing up, the future revolutionaries of Central America, waging long bloody battles of a national liberation and class nature, directed against US imperialism and the local bourgeoisie, were also inspired by the example of Sandino, an implacable fighter against neo-colonialism and capitalism. 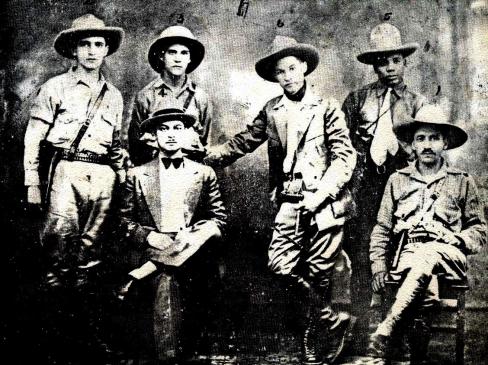 Augusto Cesar Sandino, general of free people, along with his fellow counterpart, Salvadoran Farabundo Marti, led the rebellion’s struggle against US hegemony. Having given all the forces and years of their young talented lives to the revolutionary war of independence, these two heroes of the first third of the twentieth century. showed the whole Latin American world that the seemingly powerful and unshakable dominance of the North American States, planting puppet governments in Mexico and Nicaragua, El Salvador and Guatemala with the help of selected marines, is not so strong and invincible. 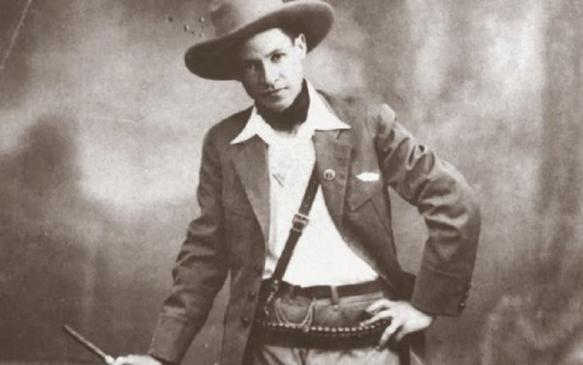 An example of a heroic people’s army formed by Sandino in Nicaragua in the late 1920s. The twentieth showed that the US marines, so many years accustomed to stomp the alien land for them with impunity, are just as vulnerable as any other soldiers departing from their native places to where the bourgeois government orders them. The history of Latin America further confirmed that the “iron fist” of the Pentagon commando paratroopers in practice is not at all as unshakable and invincible as the imperialist governments that are replacing each other in the White House on Capitol Hill declare to this day … 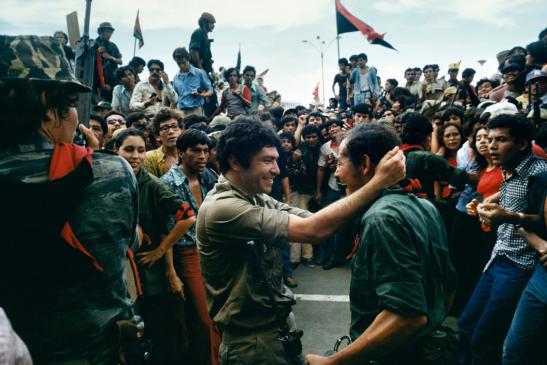 The “general of free people,” as his wrestling comrades, Nicaraguan peasants, and peons laborers began to call Sandino, was an invincible fusion of fury and hatred towards the North American conquerors and the wealthy representatives of local clans who plundered the wealth of his country, – an ardent love not only for his long-suffering Nicaragua, but also for ordinary people in his great Motherland – all of Latin America. Augusto Sandino was an idol for such Latin American heroes of revolutionaries as Argentine Ernesto Guevara de la Serna, or Che, Cuban Fidel Castro, Venezuelan Hugo Chavez … The methods of guerrilla warfare developed by Augusto Sandino and his comrades-in-arms were the military leaders effectively used in revolutionary activities by Commander Fidel Castro, Camillo Cienfuegos and Che Guevara in Cuba, FARC fighters in Colombia, FMLN in El Salvador, and many other anti-capitalist Popular Fronts in all over the world. 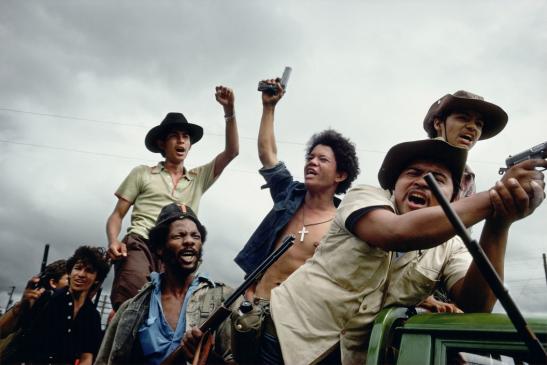 Sandino’s ideological legacy inspired the Nicaraguans, who called themselves Sandinists, to win the revolution against the anti-people clan led by dictator Somosa, the obedient puppet of the White House. The Sandinista Revolution that won in 1979 was an indisputable confirmation of the advantage of the revolutionary ideas of Augusto Cesar Sandino and Farabundo Marti, for whom the best of the best Nicaraguans gave their lives. Solidarity with the struggling and victorious, liberated Nicaragua was expressed by many peoples of the world, some of whom became volunteers in the Sandinista Revolutionary Army, fighting for the rights of the common people. The overthrow of the bloody regime of Somosa paved the way for fair social and cultural transformations in the long revolutionary development of Nicaragua, whose young men and women from large cities rushed to the provinces, villages and Nicaraguan villages to help overcome the centuries-old ignorance of the peasants, to help them master all the cultural heritage of mankind. Young Sandinists, along with books, took up arms and arms, protecting villagers from raids of contras being transferred from neighboring Honduras, a faithful vassal of the United States. 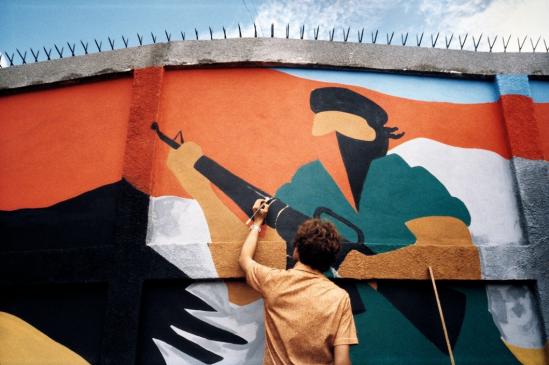 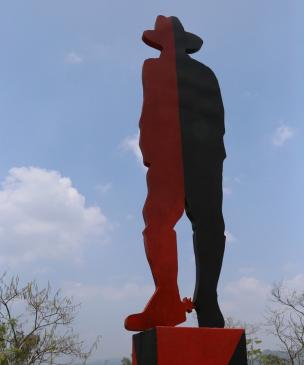 At present, the Sandinista People’s Government, led by former revolutionary partisan Daniel Ortega, is still threatened by North American neo-colonialism. He has a lot of different means in his arsenal to try again and again to bring Nicaragua back under his control: from modern political science techniques that combine the practice of “silent strike” to attempts at intervention, and again – methods of a “hybrid war”, which combine coordinated the actions of the internal opposition in Nicaragua – representatives of the big and small bourgeoisie, who had never reconciled with the Sandinista victory, – with the tireless actions of the opposition and the Nicaraguan emigrants living in Miami. They are assisted by financial flows coming from the USA and Great Britain through various NGOs, from those who take an active and caring part in actions against the “anti-democratic regime” of Daniel Ortega, the legitimately elected people of the government.